LIVE Monuments and Memory: Deconstructing Power in Antiquity and the Contemporary 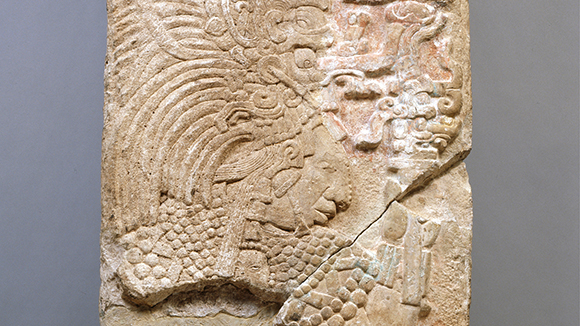 Join the Walters Art Museum and the Dallas Museum of Art for two panels of scholars and artists that deconstruct the power of monuments—both traditional and impermanent—using examples from contemporary art and both museums’ collections.

Contemporary artists offer a unique perspective on how monuments play a role in current dialogue. Join multimedia artist Rayyane Tabet, performance artist lauren woods, and muralist LaToya Peoples in conversation with Katherine Brodbeck, the Hoffman Family Senior Curator of Contemporary Art at the Dallas Museum of Art, as they explore the shifting role of permanent and impermanent art in communities. Additional topics of discussion include how communities are involved in the dialogue about monuments and how we have the power to dismantle and reframe them.

This program is one of two lectures that are generously funded each year by the Boshell Foundation.

Thursday Nights at the Walters are supported by BGE.

LaToya D. Peoples
LaToya D. Peoples (LDP) is a multidisciplinary artist, educator, and entrepreneur working in the realms of visual art, public/community arts and design. Her work focuses on figuration, natural elements, color, and pattern, as a way of exploring identity, and history. She carries these themes over to her mural and sculptural installation work, creating transformative pieces guided by youth and community engagement. Her commissioned works live in the collections of University Maryland Medical Center, UMS School of Virology, Denver Urban Arts & Venues, Baltimore Office of Promotion and Arts, and Baltimore Department of Parks and Rec.

Peoples has also worked as an educator and coordinator for visual arts programming in Pennsylvania and Maryland. She has served youth and adults through teaching partnerships with the Baltimore City Public School System, National Museum of Ceramic Art, Arts Everyday, Jubilee Arts Center, Enoch Pratt Free Library and the McDonogh School.

Rayyane Tabet
Rayyane Tabet is an artist based between Beirut and San Francisco whose work explores connections between the past and the present, offering alternative understandings of major socio-political events through a personal lens. Informed by his training as an architect and sculptor, Tabet examines the histories of our built environments through installations that play with the perception of physical and temporal spaces.

Tabet’s work has been exhibited in the United States and internationally, including the United Kingdom, Spain, Lebanon, Italy, Germany, Holland, Australia, Turkey, the United Arab Emirates, Japan, France and Brazil with recent shows at the Louvre in Paris and the Metropolitan Museum of Art in New York.

lauren woods
lauren woods is a conceptual artist whose interdisciplinary projects—film, video and sound installations, socially-engaged public interventions, and site-specific work—engage history and sociopolitical systems to critique structures of power. Her primary research traces racial histories in the built environment through monument/memorial work. Driving woods’ critical and creative inquiry, is the question of how best to translate the practice of traditional monument-making into new contemporary objects of public memory that serve the movement for racial and historical justice.

Her work has been exhibited throughout the United States and internationally, including Washington D.C., San Francisco, Los Angeles, New York, Dallas, Miami as well as Puerto Rico, South Korea, Japan, and France.