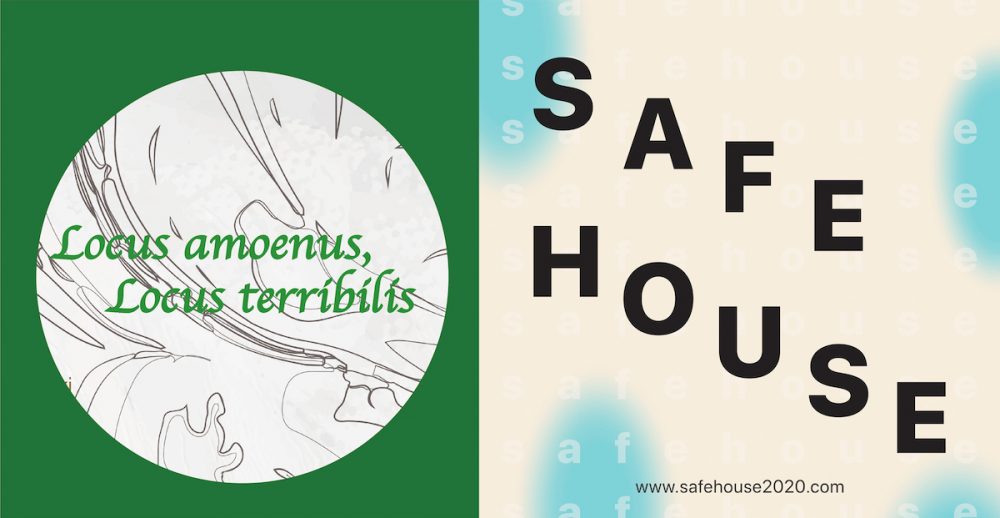 Maryland Art Place (MAP) is pleased to be partnering with the Maryland Institute College of Art (MICA’s) Curatorial Practices Program this spring. MAP will be hosting two exhibitions simultaneously by students of the program.

Locus amoenus, Locus terribilis is a multimedia group exhibition curated by Ashley He with works by artists: Antonio McAfee, Cooper Holoweski, Rebecca Ou, Dana Matthews, and Seungkyung Oh. The exhibition explores the transformation of the human body and psyche under various apocalyptic conditions, tracing the emergence of progression or degeneration in the endless cycle of birth, death, and re-birth.

Locus amoenus, Locus terribilis also examines the development and aftermath of human-related cataclysmic events at various levels from interpersonal to global, using forms of hybridity to break the boundaries between the real and imagined, the physical and metaphysical, the known and unknown. The title Locus amoenus, Locus terribilis derives from the Roman poet Ovid’s Metamorphoses, meaning the place of pleasure and the place of fear, referring to this sharp contrast in human beings, humanity, and the world. Locus amoenus, Locus terribilis provides an opportunity for artists and audiences to investigate the decisions and actions that led us to our current reality, the repercussions of those decisions and actions in a time of crisis, and the labyrinthine complexity of the relationship between the individual, humanity, and the environment.

Locus amoenus, Locus terribilis urges for deep contemplation about: What happens in the time of awaiting the advent of this final destination of humanity? When it comes to our fatal reality, how can we move forward? What does it mean to see life as a series of violent and radical transformations? Whether considering an apocalypse as the world without human beings, the fall of civilization, life after the deluge, personal tragedy, religious prophecy, or natural disaster, the artists and their works in this show which in turn prompt us to grow in the place of the perilous, ruminating on the radical transformations humans have wrought, speculating as to what it means to be human and how we might continue as a species

Safe House curated by Sungah Kang features the artwork of seven feminist artists based in Korea and the US. Each artist expresses their own perspectives on Feminism in different mediums. Artworks range from pop art painted images, video, collage and ground installation. From the various angles of feminism, Safe House contains diversities in big movement. As most of the artists are in Korea, the exhibition promotes cross-cultural understanding for visitors based here in Baltimore. Exhibiting artists include: HeeJung Nam, Gyeongyeon Kim, Youngjoo Cho, Sunwoo Jung, Gyuwon Kim and Seyun Moon.

Feminism in Korea only really began to take root as a radical movement in the 1980s, and it remains controversial in public discourse. However, in the past few years the women’s movement in Korea has grown into a sizable online community thanks to social networking sites. It has also manifested in public actions and demonstrations, particularly in response to the #MeToo movement.

This global revolution to assert the rights of—and respect for—women’s social phenomenon has already transformed attitudes in gender, politics/social awareness/cultural standards in schools, workplaces, and life, generally, and has inspired women to speak courageously and publicly. But despite its evolution, it is still difficult in Korea for anyone to declare “I am a feminist.” Claiming to be feminist is some in Korean society and keep could cost you friendships or other relationships —in fact, it’s possible that you could be physically attacked for it.

Since I know how difficult it is for Korean women to be the feminist, as a curator, I’m holding a feminism show comprised of Korean women artists and am building this ‘Safe House’ for them to speak their aims.

In light of COVID-19, we are all in an unprecedented and difficult moment. Every aspect of life has been interrupted, including cultural programming. As a response to the current uncertainty, Ashley He, Sungah Kang and MAP are launching an online exhibition which will also document the transition of this project under the pandemic. The online exhibition will be hosted on MAP’s new virtual exhibitions page June 4 – June 27.