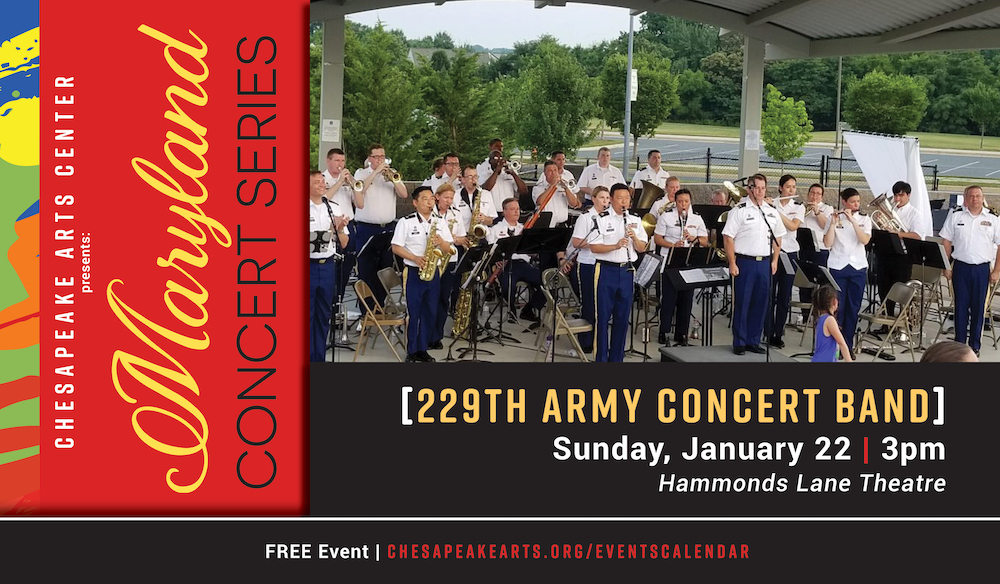 Chesapeake Arts Center has partnered with the Maryland Concert Series (MCS) and we are thrilled to announce 6 exciting  performances that will be held in our Hammonds Lane Theatre in the upcoming months. Performances by regional and national artists will hit the stage beginning in October, bringing a variety of musical acts. The shows are perfect for a night out with friends or to enjoy with your entire family.

Maryland Concert Series (MCS) is dedicated to cultivating a vibrant cultural community where the arts thrive. They bring live performing arts to Anne Arundel County and the State of Maryland. They are an all-volunteer, community based, non-profit organization, and CAC is happy to share our stage with them this season.

Tickets can be purchased online at mdconcertseries.org

229TH ARMY CONCERT BAND (FREE AND OPEN TO THE PUBLIC)

The 229th Army Concert Band is the largest ensemble of the 229th Army Band of the Maryland National Guard. As an extremely versatile group, the concert band stands ready to perform everything from large-scale formal concert band pieces to classical selections to patriotic music and marches.