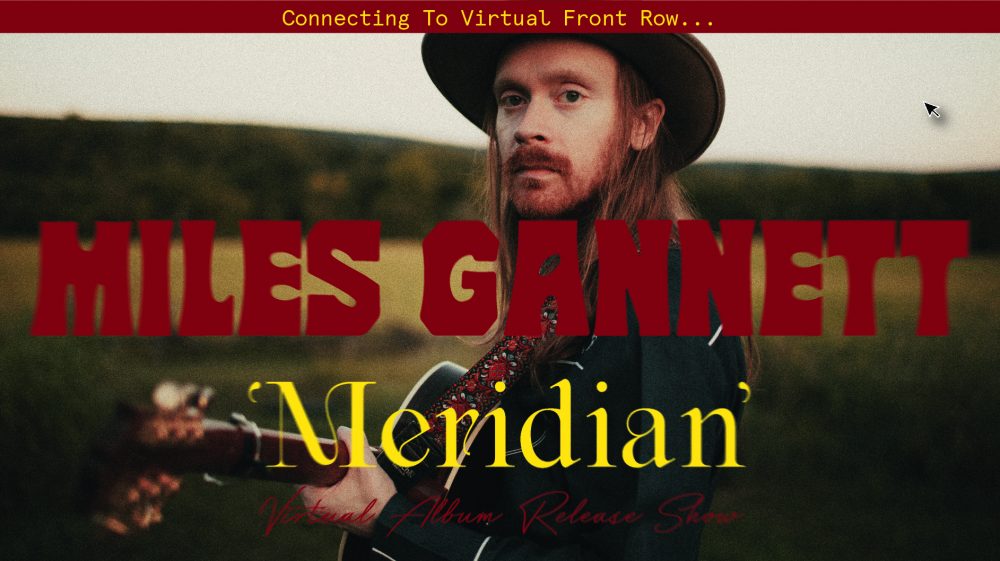 Fractal Cat’s Miles Gannett breaks out on his own with a full band. Join him tonight for a virtual celebration of his new record, Meridian.

Miles Gannett doesn’t sit still creatively. The Louisiana native, who now calls Maryland home, hears the seamless character of all music, blending and balancing strains of bluegrass with psychedelic folk textures, classic country phrasing with the propulsive notes of acid rock, and earthy blues with spectral ambience. His inventive lyrics marry the probing meditations of Jason Isbell with the story-song style of Townes Van Zandt and John Prine and the lilting rhythms of Willie Nelson.

Gannett’s songwriting grows out of a lifetime of listening to and playing a broad variety of music. “My dad was a guitarist and a songwriter, and he’s had a huge influence on me,” says Gannett. His father bought him an “old, junker guitar” when Gannett was 7. “I’d already been walking around the neighborhood singing ‘La Bamba’ at the top of my lungs,” he laughs. With that first guitar, Gannett learned one chord at a time, and once he learned one chord, he would write a one-chord song, he recalls. By the time he was 12, he asked his father for an electric guitar: “he told me he would buy me one when I learned to play the leads of ‘Purple Haze,’ ‘Johnny B. Goode,’ and ‘Pinball Wizard,’” he laughs. Gannett got his electric guitar, and he eventually started playing in bands and writing and recording his own songs.

He put together a group called Fractal Cat in early 2011, recording three albums of original music with them and building a reputation on Baltimore’s airwaves and live music scene. After meeting up with recording engineer/producer Frank Marchand (Frank Solivan and Dirty Kitchen, We Banjo 3) to record Fractal Cat’s third album The Tower, Gannett started working on his “first countryish album,” which reflects his deep love of progressive bluegrass and classic country.