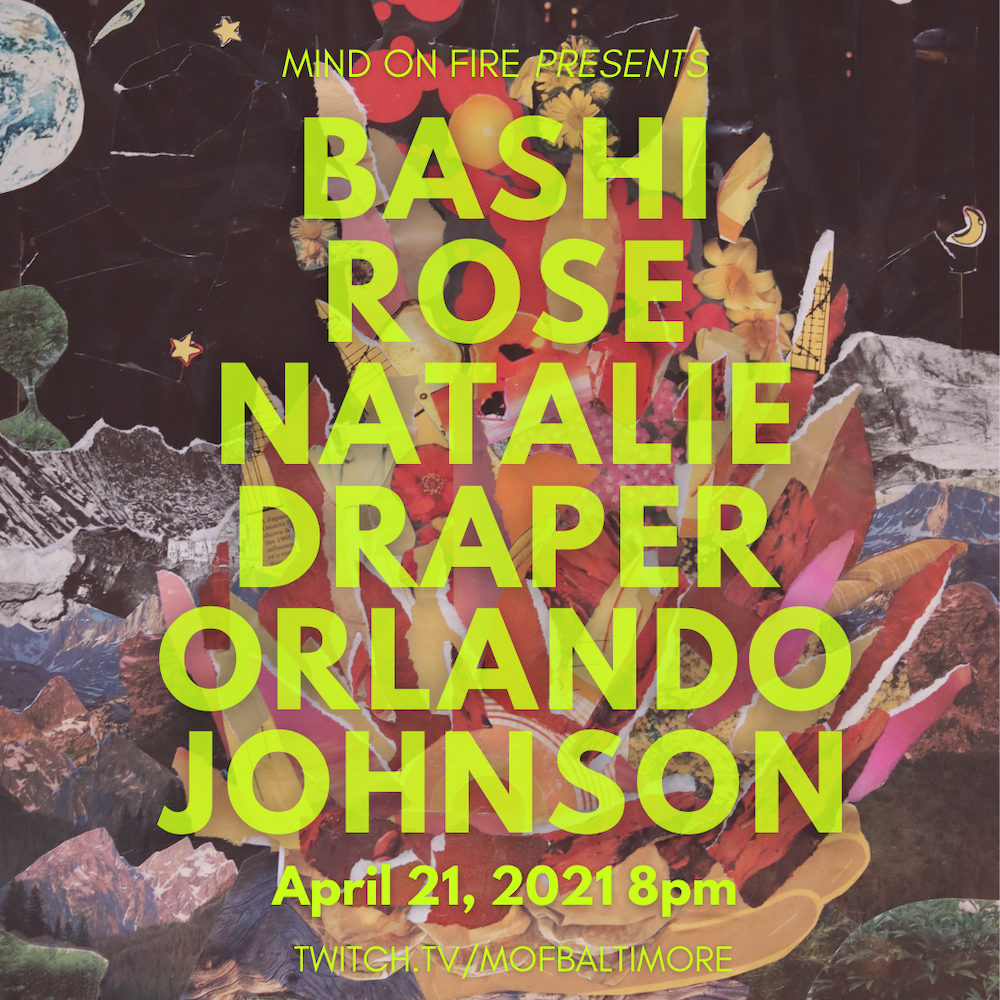 Bashi Rose is a theater artist, musician, and film-maker. He is a co-founder of the evocative and experimental Konjur Collective. He wields his artistry as a force of community good, having helped to establish DRAMA, a program designed to bring theater to prisons and to help engender communication and empathy. Rose is a master percussionist, first using the drum-kit as a creative tool for mental/spiritual healing and as a bridge between the spirit and physical worlds.

Natalie Draper is a composer of dynamic precision, of expansive landscapes and surreal, clock-hewn structures. Her music has traveled across the country, been featured by NASA, and is often praised for its “individual and strong voice.” For this show, Draper has composed “Monochrome,” an electronic composition existing in the liminal space between stillness and apprehension. It is a work of frozen pulses through a viscous, violet cloud.

Orlando Johnson is an herbalist, activist, musician, interdisciplinary artist, and steward of Gray’s Manor Farm, a permaculture site in Port Republic, Calvert County Maryland – land that has been in his family since 1830. He is an adept visual and movement artist, and has performed across the eastern seaboard, including at Baltimore’s High Zero Festival. For this show, Johnson has produced a short film, “At the Base of the Hill,” detailing struggle against physical and metaphysical actors and energies, in the land and in the self – from magical intimacy to the god of the world.