Move the Way you Want 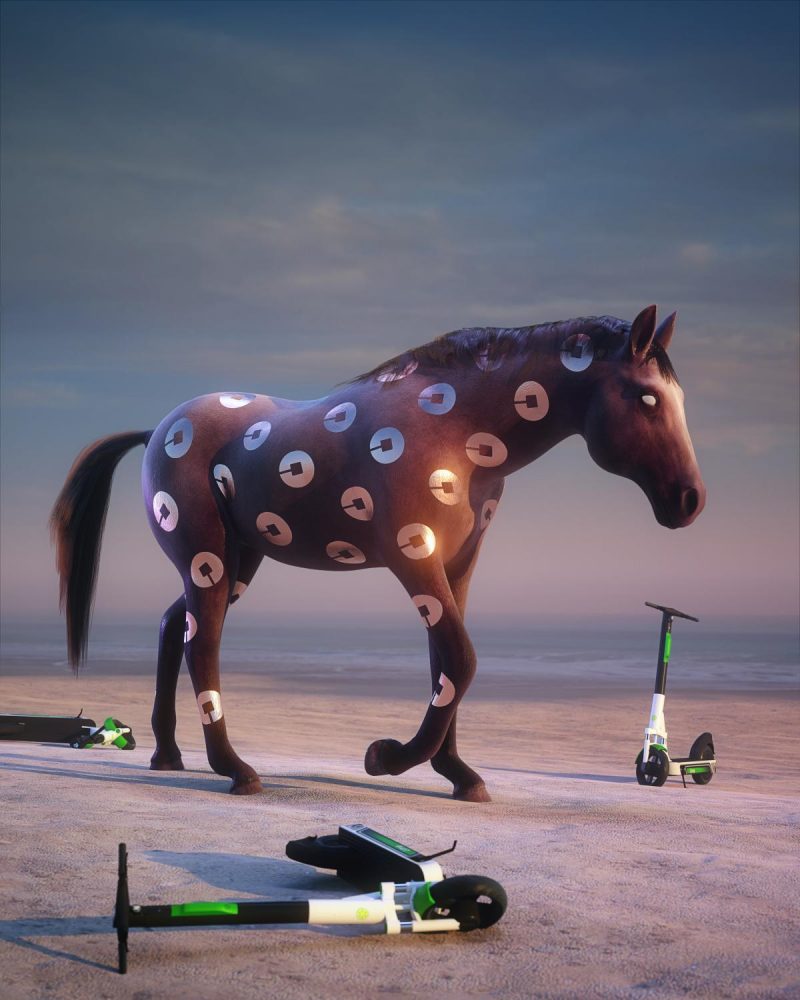 The Phillips Collection presents Move the Way you Want by Jonathan Monaghan, the latest project in the museum’s ongoing Intersections contemporary art series, on view from September 22 to December 31, 2022. The multipart, site-specific installation and video projection will entirely transform the architectural environment of the historic Phillips House. Drawing on a wide range of sources including historical artworks, ancient mythology, science fiction, videogames, and virtual reality, Monaghan’s work points to the living anxieties of contemporary culture where consumerism and technology co-depend, and utopia and dystopia co-exist.

Occupying the former Dining Room in the Phillips House, Monaghan’s digitally created imagery on adhesive canvas covers all walls, turning the gallery into a trompe-l’œil architectural environment that overlays elements of Gothic and Baroque archways with contemporary beachscape scenes littered with bike shares, abandoned scooters, and Pelotons. In addition, looping seamlessly a large video projection of a mythical horse walking on the beach sets the space in motion.

Entitled Move the Way you Want, the installation moves viewers between the past, present, and future. Ancient mythology where horses are symbols of majesty, freedom, and beauty collide with today’s hi-tech culture where scooters and electric bikes are devices of our urban, shared economy.

Vesela Sretenović, Director of Contemporary Art Initiatives and Academic Affairs notes, “Monaghan’s work confronts viewers with an illusionistic yet dehumanized world in which past and present merge into a surrealist dreamscape filled with opulent architectural décor and familiar mass-produced items of today. At once fanciful and bleak, it portrays our consumerist culture in which technology takes over ecology.”

Monaghan’s work will also be displayed alongside paintings from the Phillips’s permanent collection, namely Giorgio de Chirico’s Horse (1928) and Théodore Géricault’s Two Horses (1808–09). The installation therefore presents a double “intersection” between the Phillips’s historic architecture and the artist’s digital rendering, and between 19th-century genre painting and new computer-generated animation.

As the artist explains, “I grew up in Rockaway Beach, Queens, where the concrete jungle of New York City meets the vast natural expanse of the Atlantic Ocean.  When I was asked to participate in Intersections and create a new work in dialogue with work(s) from the permanent collection, I was immediately drawn to De Chirico and Géricault’s paintings of horses on the beach. Coastal imagery is important to me personally but also because in my view the beach acts as an ideal backdrop for addressing environmental issues and our fraught relationship with the natural world.”

“We are pleased to present Monaghan’s project as part of our Intersections series. Not only does it uniquely engage with the Phillips’s architecture and collection, but it also offers a critical reflection on the digital age and technological landscape of which we are all a part,” says Vradenburg Director and CEO Dorothy Kosinski.

Jonathan Monaghan is an artist working across media, including print, sculpture, computer-animated video, as well as cutting edge technologies including blockchain authentication of his digital works and 3D printing. His work has been exhibited internationally, including solo exhibitions at The Walters Art Museum in Baltimore, Spazio Ridotto in Venice, and Market Gallery in Glasgow. Group exhibitions include The Palais de Tokyo in Paris, New Frontier at the Sundance Film Festival, Lehman College Art Gallery in New York, Ars Electronica, and Postmasters Gallery in New York. His work is in numerous public and private collections including The Crystal Bridges Museum of American Art, Bentonville, Arkansas, and the Washington, DC, Art Bank Collection.