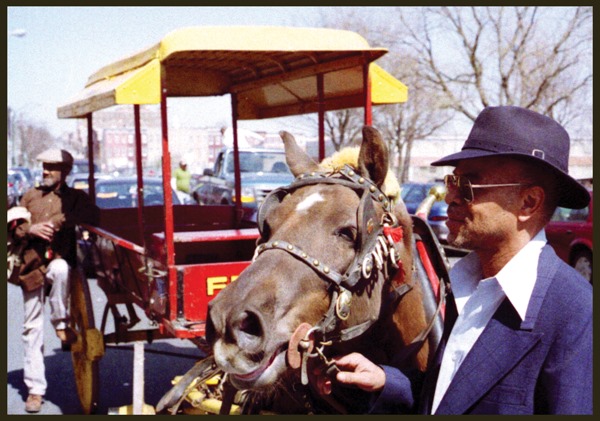 Join Lawrence Burney—founder of True Laurels—for a screening of We Are Arabbers followed by a discussion with former local arabbers on what drew them to the trade, what life was like when they could sustain themselves from arabbing, and what they’d like to see done in order to preserve it.

The 2004 documentary We Are Arrabers by Scott Kecken and Joy Lusco Kecken follows a group of Baltimore-based arabbers to talk about the centuries-old tradition of selling goods by way of horse cart, as well as the regional culture that has been formed around it.

This event is the first extension of True Laurels’ Laurels History project which compiles and adds context to images and film related to Baltimore’s black population.

The screening is open to the public and will be held in the BMA Commons.