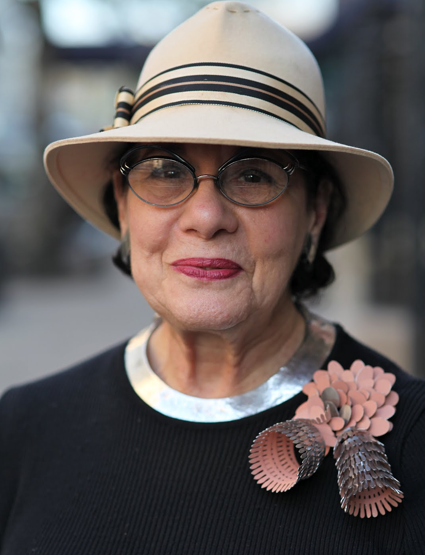 Guests will enjoy an evening with collector and gallerist Helen W English Drutt. You can still join us from afar, select the Snack Pack option and we will send a Baltimore themed Snack Pack directly to your front door.

Le Comptoir du Vin is a natural wine bar and neighborhood bistro in the heart of Baltimore’s Station North Arts and Entertainment District. Focusing on French classics, they received the prestigious honor of being named one of the top ten new restaurants in 2019 by Bon Appetit Magazine. Warm and inviting, Le Comptoir du Vin re-imagines the potential of French cuisine.  Ordinary classics are infused with a youthful approach allowing for fresh new tastes that will not disappoint.

(Helen Drutt) was Founder/Director of her eponymous gallery in Philadelphia (1973–2002), which was among the first in the United States to commit to the modern and contemporary craft movement. She has received numerous awards and three honorary degrees, including a doctorate from Alfred University. Drutt is a fellow of the American Craft Council, and serves on the American Board, National Gallery of Australia; the Peter Dormer Lecture Advisory Committee, London, and the American board of the Ilias Lalaounis Jewelry Museum, Athens. She was a trustee of the Archives of American Art, Smithsonian Institution, Washington, DC, served on the Advisory Committee, Indian and Himalayan Art, Philadelphia Museum of Art, and was a curatorial consultant for The Hermitage Museum Foundation: USA.

Drutt built a permanent collection of contemporary crafts for the State Hermitage Museum, St. Petersburg, Russia, and is building a collection of American craft for the National Museum of Sweden. Her own collection of international studio jewelry has been exhibited in the US and abroad; in 2002, 800 works entered the permanent collection of the Museum of Fine Arts, Houston. Jewelry exhibitions organized by Drutt include, “Brooching it Diplomatically: A Tribute to Madeleine K. Albright” (1998-2001), “Challenging the Chatelaine!” (2006-07), American studio jewelry for the Museo del Gioiello Vicenza, Italy (2016-18), and most recently “Rings!” at Moore College of Art, Philadelphia (2021), which will travel in 2022.