Resistance and Religion in Colonial Peru 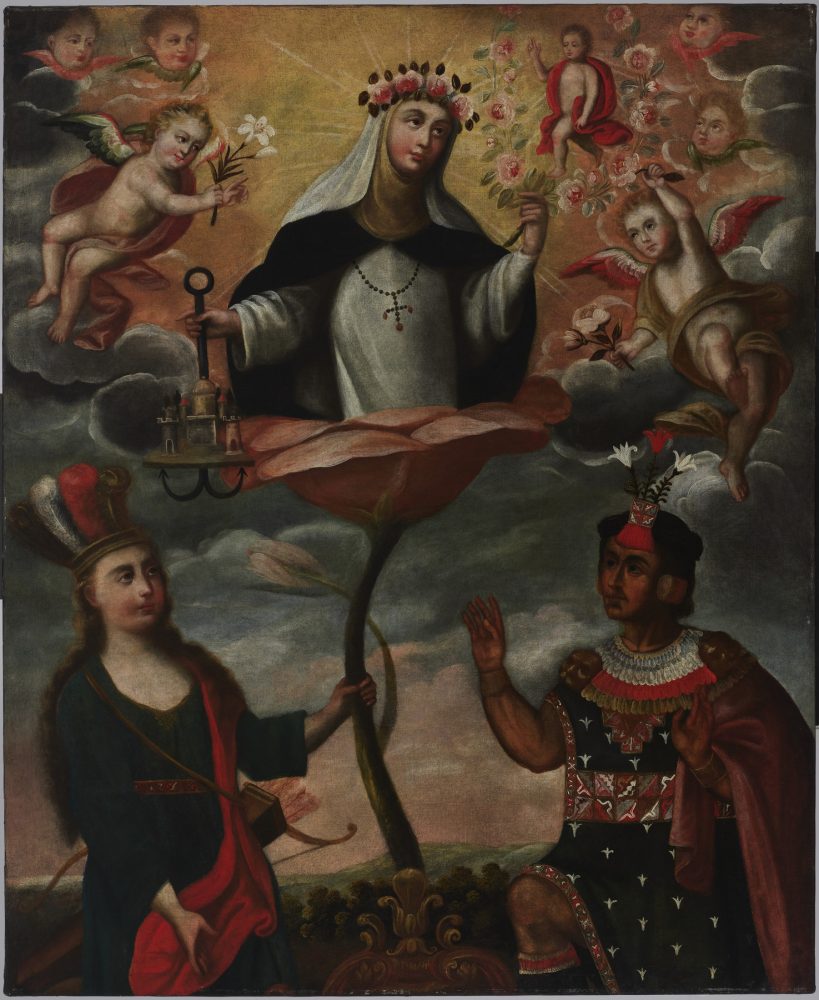 Resistance and Religion in Colonial Peru

Ellen Hoobler, William B. Ziff, Jr., associate curator of art of the Americas at the Walters Art Museum

Saint Rose of Lima, born in Peru, was the first Catholic saint born in the Americas. Paintings or sculptures of St. Rose and some of her later counterparts can be considered part of the Catholic (and therefore Spanish colonial) domination of the Americas. Yet by the late 1700s, such images, often including Inca rulers from centuries before, can be read as validating the idea of the equal importance of the “kingdom of Peru,” a movement which would ultimately lead to independence from Spain (which most parts of the region would achieve by the 1820s.) In this talk, curator Ellen Hoobler will discuss how apparently neutral works such as WAM 37.2940 (a painting of Saint Rose of Lima with an allegorical figure of America and an Inca king) and WAM 2011.20.18 (Kero, or ritual drinking cup) were actually subtle ways to promote indigenous history and values in colonial society. She will conclude with a brief discussion of the Walters’ upcoming permanent installation of Art of the Americas (ancient and colonial works of Latin America and a few selected Native American works from today’s US), set to open in fall of 2024.