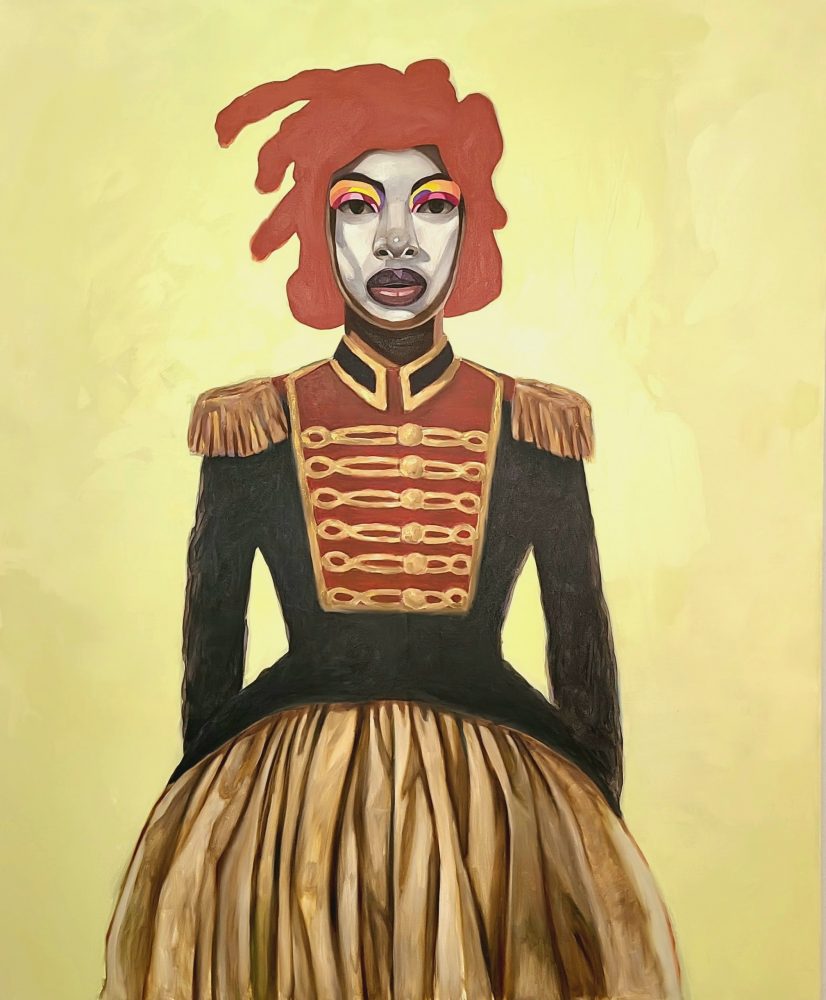 Galerie Myrtis is pleased to announce Ronald Jackson’s second solo exhibition with the gallery. In this show, Jackson, a figurative painter, draws from his vivid and boundless imagination to construct a fantastical world habited by Johnnie Mae King, aka Aunt Johnnie. Known for creating work focused on the Great Migration, the artist leads us down a different path in his new body of work. Here, the narrative focuses on a single character and the notion of a Black woman’s uninhibited existence. For Johnnie, it is a life free of social constraints such as racial discrimination and gender politics.

Jackson depicts Aunt Johnnie in playful figurations and portrayals of acts of defiance. Lush vegetation binds Johnnie’s various exploits offering dramatic surroundings to her stylized couture. Her identity is concealed by the artist’s traditional masking technique or hidden behind whimsical eyeglasses that serve as devices to draw viewers into Aunt Johnnie’s imaginary world, one of fantasy, freedom, and reckless abandonment.
“Johnnie Mae King is an imagined character of an African American woman staged in the American South of the 1950s/60s. In light of the known social constraints, many African American women faced during that era, my character, Johnnie Mae King, finds liberation from those constraints through her vivid imagination.
Johnnie’s imagination allows her to dream uninhibited, free to do what she wants to do and be whatever she wants to be. Much like a time traveler, her mind allows her to explore the possibilities of navigating other places, times, and dimensions.”     – Ronald Jackson
Viewing by appointment after June 25th, to schedule contact Ky Vassor, Gallery Assistant, at Ky@galeriemyrtis.com or call 410.235-3711.