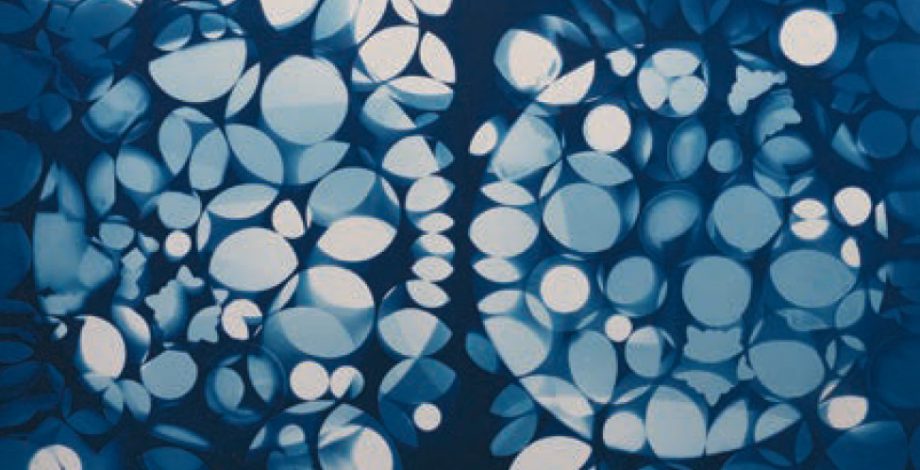 Artists MyLoan Dinh, Priya Suresh Kambli, and Trina Michelle Robinson discuss their work, including their shared interest in familial and cultural history and how it influences their artistic practices in a conversation moderated by Elena Gross, co-director of Berkeley Arts Center.

Work by all three artists is on view at Museum of Contemporary Art Arlington as part of Assembly 2022: Time & Attention, MoCA Arlington’s national biennial.

Elena Gross (she/they) is the Co-Director of Berkeley Art Center and an independent writer and culture critic living in San Francisco, CA. She received an MA in Visual & Critical Studies from the California College of the Arts in 2016, and her BA in Art History and Women, Gender & Sexuality Studies from St. Mary’s College of Maryland in 2012. She specializes in representations of identity in fine art, photography, and popular media. Elena was formerly the creator and co-host of the arts & visual culture podcast what are you looking at? published by Art Practical. Her research has been centered around conceptual and material abstractions of the body in the work of Black modern and contemporary artists. She has presented her writing and research at institutions and conferences across the U.S., including Nook Gallery, Southern Exposure, KADIST, Harvard College, YBCA, California College of the Arts, and the GLBT History Museum. In 2018, she collaborated with the artist Leila Weefur on the publication Between Beauty & Horror (Sming Sming Books). The two performed a live adaptation of their work at The Lab, San Francisco. Her most recent writing can be found in the publication This Is Not A Gun (Sming Sming Books / Candor Arts) and OutWrite: The Conferences that Shaped LGBTQ Literary Culture(Rutgers University Press) co-edited with Julie R. Enszer.

MyLoan Dinh has exhibited nationally and internationally, and most recently at Elder Gallery of Contemporary Art (Charlotte, NC) and Rowe Galleries at the College of Arts + Architecture UNC Charlotte. Her work can be found in public and private collections in the United States and Europe including the Muhammad Ali Museum and Center (Louisville, KY), Lake City Creative Alliance (Lake City, SC) and the Mint Museum of Art (Charlotte, NC). Accomplishments include: Artfields 2022 2nd Place Jury Prize, 2020 Arts & Science Council Creative Renewal Fellowship, Mint Museum Constellations Artist, Community Impact Grant from the Partnership for Democracy, Berlin, and an Individual Artist Grant from the Department of Arts & Culture, Berlin.

Dinh is the founder of an international multidisciplinary arts outreach and migration project, We See Heaven Upside Down, and a member of the Asian American Women Artists Association (AAWAA) and the BBK, Professional Association of Visual Artists, Berlin. She and her husband, Till Schmidt-Rimpler, founder and artistic director of Moving Poets, have creative projects in the United States and Germany.

Priya Suresh Kambli’s work inadvertently examines the question asked by her son Kavi at age three; did she belong to two different worlds, since she spoke two different languages? The essence of his question continues to be a driving force in her art making. Kambli’s artwork has been exhibited, published, collected, and reviewed in the national and international photographic community.

Her work is included in collections at Duke University (Durham, NC), Museum of Fine Arts (Houston, TX), Museum of Contemporary Photography (Chicago, IL), and Pennsylvania Academy of the Fine Arts (Philadelphia, PA) and has been exhibited at the Nelson-Atkins Museum of Art (Kansas City, MO), Nerman Museum of Contemporary Arts (Overland Park, KS), and through the National Portrait Gallery’s Taylor Wessing Photographic Portrait Prize (London, UK), among many other venues. She has participated in artist residencies at Visual Studies Workshop (Rochester, NY), Light Work (Syracuse, NY), and the Center for Photography (Woodstock, NY). Priya Suresh Kambli received her BFA at the University of Louisiana in Lafayette and an MFA from the University of Houston. She is currently Professor of Art at Truman State University in Kirksville, Missouri.

Trina Michelle Robinson explores the relationship between memory and migration through film, print media, and archival materials. The lives of her ancestors are the catalyst behind her artwork and their stories are woven into every detail. Why did they leave? What were they hoping to find? What remains? She explores every fracture, fold, and glitch to release the trauma that lives inside.

Robinson’s work has been shown at galleries and film festivals throughout the country including the BlackStar Film Festival (Philadelphia, PA), the San Francisco Art Commission Main Gallery, Southern Exposure, and Root Division (San Francisco, CA), and Wassaic Project (Wassaic, NY). She has told the story of exploring her ancestry with The Moth Mainstage throughout the country including at New York’s Lincoln Center and NPR’s Moth Radio Hour. She previously worked in print and digital media in production and as a managing editor at publications and companies such as The New York Times T Magazine, Vanity Fair, California Sunday Magazine, and Slack. She received her MFA from California College of the Arts in 2022 and was awarded the 2020 Yozo Hamaguchi Award. She is a participant in the 2022-23 Emerging Artist Program at the Museum of the African Diaspora (San Francisco, CA) where her solo exhibition, Excavation: Past, Present, and Future, is currently on view.