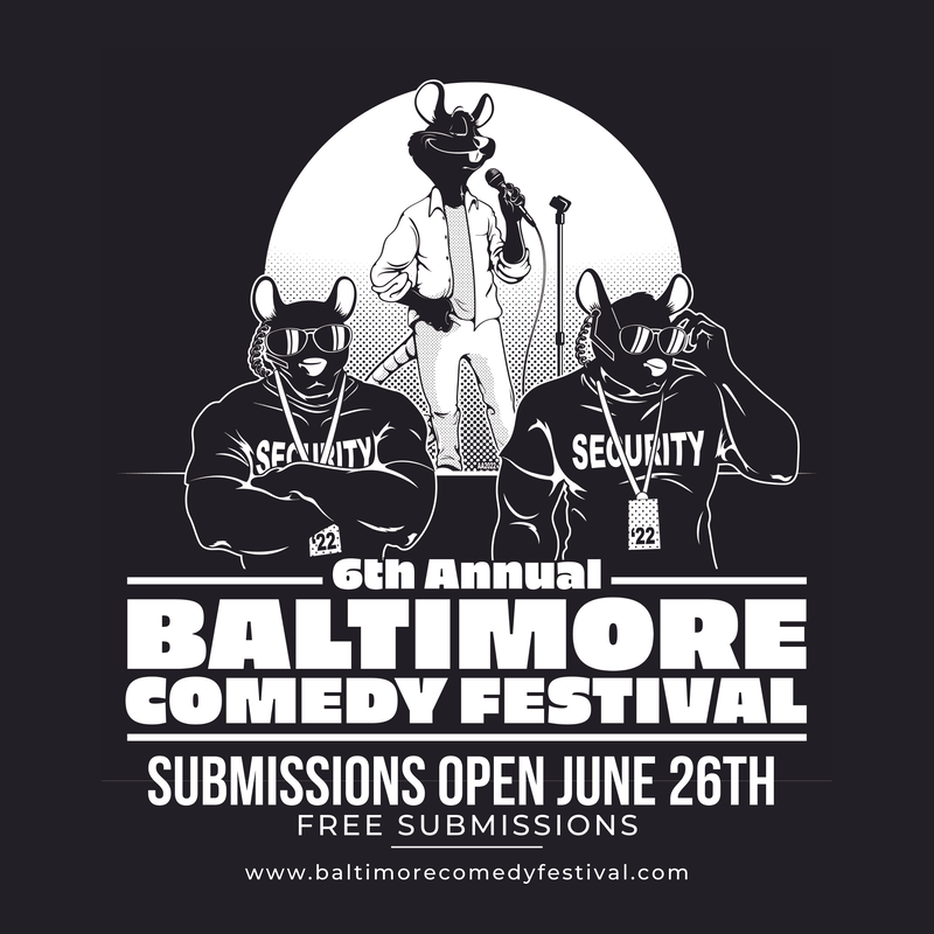 The Sixth Annual Baltimore Comedy Festival (BCF) brings comedy to the city after a pandemic hiatus. This year BCF has scaled back for safety, but brings more than 50 professional comedians from nearby Baltimore for six days of showcases at multiple venues around the city. Motor House in Station North will serve as the festival headquarters. Full schedule and list of venues available at www.baltimorecomedyfestival.com

As the BCF headquarters, Motor House will host a FREE opening night party and Opening Ceremony showcase on Wednesday, August. 31st, as well as two ticketed premiere showcases,(1) Friday Sept. 2nd 8PM at the BSO/Joseph Meyerhoff Symphony Hall and (2) at The Crown Saturday Sept. 3rd 8:00PM HEADLINING – Dan Perlman of SHOWTIME’s Flatbush Misdemeanors. Please be sure to see the website for schedule and other events atwww.baltimorecomedyfestival.com . Many BCF events are free; the premiere

showcases and events with tickets range from $10-$30, maintaining affordable events for the City.

Ivan Martin, Founder and Stand Up Comedian/Voted Best Comic – Baltimore SUN shared, “The Baltimore Comedy Festival as well as the Baltimore Comedy Community is very grateful for relationships that grow our comedy scene and city. A BSO x BCF Sponsor and Partnership is the exact demonstration of big city entities making sure that seemingly inaccessible venues are accessible to performers and patrons of all demographics.”

Tori Muñoz, Motor House Director of Operations shared, “We are thrilled to have made it through COVID to celebrate another Baltimore Comedy Festival. We are becoming a top venue for comedy in Baltimore because of Ivan Martin, founder of the Baltimore Comedy Festival. Every Wednesday he and his team hosts the ‘Art of Comedy’, the city’s most vibrant open mic comedy night, at our venue.” Motor House and Ivan Martin were featured on Comedy Central’s ‘Kevin Hart Presents: “Hart of the City”, which aired July 2019 and 2020.