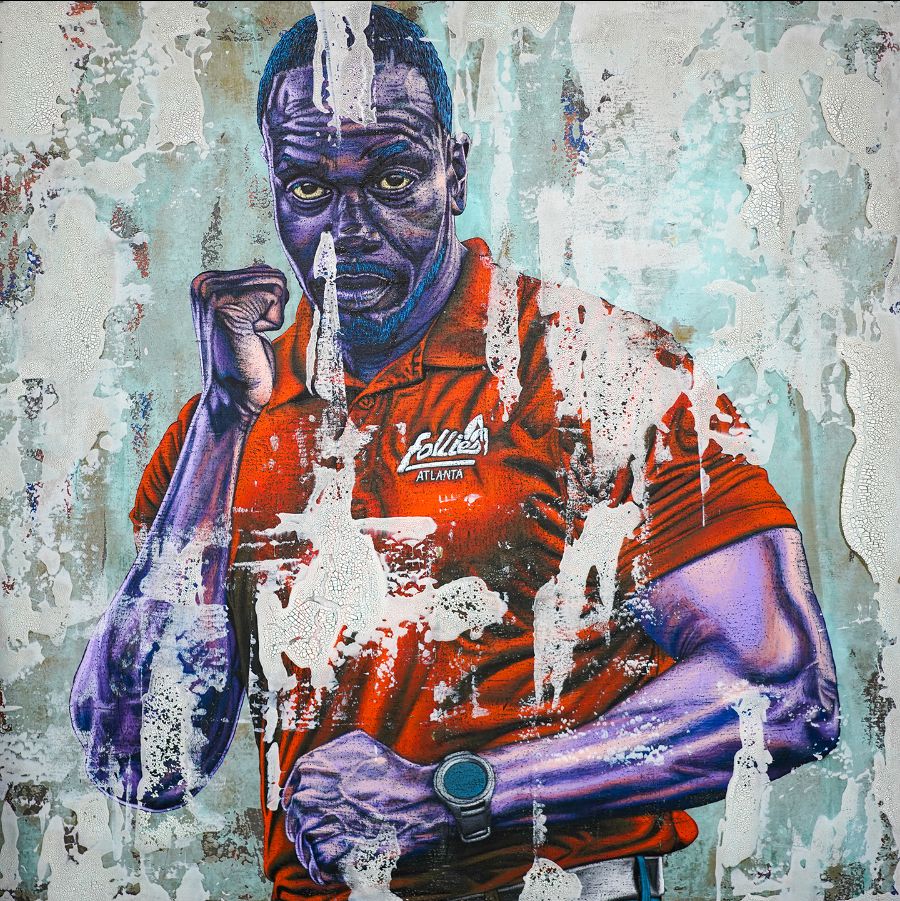 Co-curated by artist, Felandus Thames, and art historian and curator, Key Jo Lee, Somethin’ to Say discloses the formal, conceptual, intellectual, and visceral links to “The South” in the work of ten Black artists. While each artist is deeply connected by birth or residence to particular southern states – Chicago to Georgia – “The South” is more than a geographical location. Rather it is a repository for memory, hallowed ground for Black people, and a cornerstone for cultural transmission in the West.

In this exhibition, “The South” isn’t relegated to the past. Instead of relics, each artist, deploying divergent aesthetic strategies, has produced works that mark intersections of materiality, ritual, memory, music, and spirituality, then muddle them to produce experimental forms. They simultaneously cater to and defy expected notions of Southern blackness by providing vistas redolent with what Elizabeth Alexander describes as “black interiority” or that which envisions  “…complex black selves, real and enactable black power, rampant and unfetishized black beauty” (Alexander, x).

Somethin’ to Say epitomizes creativity produced in “the breaks,” or in and among the purposeful and incidental gaps in American historical narratives. But the poetic irony of this gathering of artists is that they aren’t making work specific to Hip Hop culture. Instead, as the artists mined southern Black cultural production as means to broaden the understanding and the geography of the “New South”, Hip Hop and its longue durée, revealed itself as a cardinal point for the resultant artworks. Hip Hop emerged as Nixon’s “War on Drugs,” broad patterns of urban deindustrialization and the rampant defunding of public schools stifled black social, political, and economic mobility. With its roots in call-and-response and indebtedness to traditions of Black oratory virtuosity, Hip Hop provided a new formal expression of the beauty that effervesces in forced subsistence.

Isiah (The Boxer, The Bouncer) by Alfred Conteh, acrylic and atomized bronze dust on canvas, Image courtesy of the artist and Galerie Myrtis