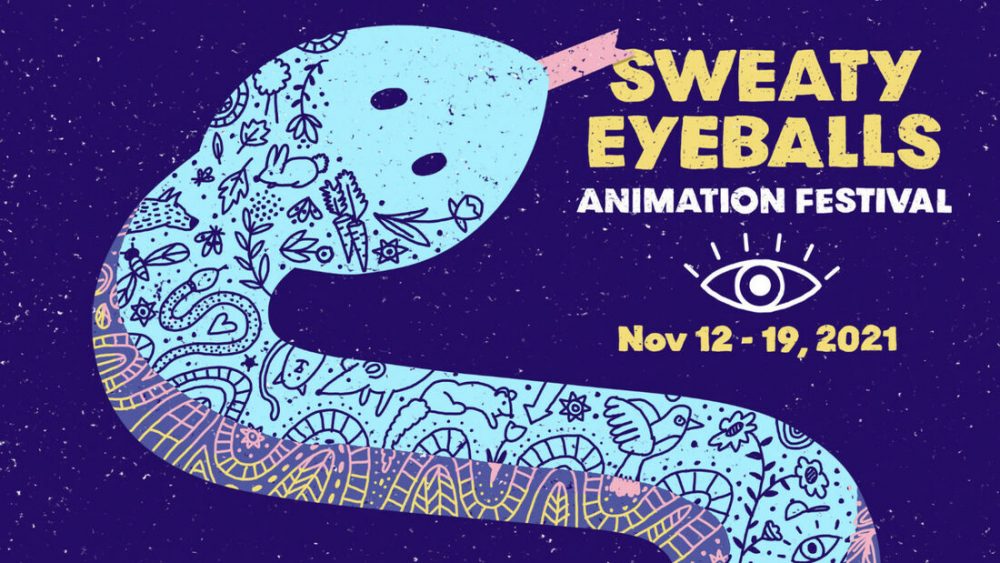 ONLINE and IN-PERSON at the SNF Parkway Theatre, home of the Maryland Film Festival

festival programming can be viewed in two ways: Virtual -OR- In-Person.

the SNF Parkway Theatre in Baltimore, with individual screenings ($12/ea) showing from November

12-14. As always, the festival will focus on independently produced short animations from across the

globe, with a lean towards the quirky and boundary-pushing.

“We were awestruck by last year’s virtual turnout,” says Phil Davis, the festival’s founder and creative

director and professor of animation at Towson University. “We have always had crowds in Baltimore,

virtual component let us connect students and fans together from across the country last year.”

Since 2012, Davis and his “Sweaty Eyeballs” moniker have been carrying the torch of the animation

scene in the Mid-Atlantic with original, one-night-only, animation programming and live performances in

Baltimore. Many of the series’ veteran artists have gone on to earn critical acclaim at large festivals like

Sundance, and the Academy Awards. Now in its 10th year, the beloved series partners with mentor

organization, the Maryland Film Festival to launch a multi-day festival of animation in hybrid platforms

online and in theater, with programming supported by area universities, arts organizations and

from 22 countries and 5 continents. The festival’s opening night, however, will showcase local talent,

with a juried showcase of work created exclusively by Baltimore area artists. A new family-friendly

“Young Audiences” showcase debuts this year, along with 5 blocks of international juried

programming, a screening of 3 international animator retrospectives, a series of behind-the-scenes