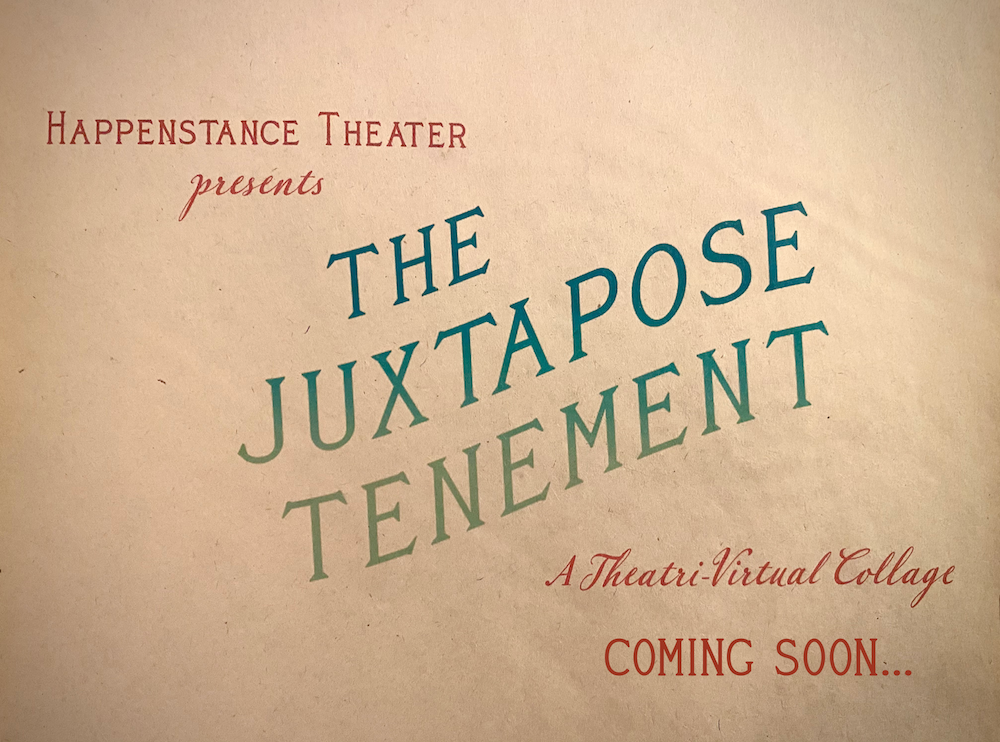 Happenstance Theater introduces THE JUXTAPOSE TENEMENT. This project was originally conceived as a live performance and began development in a residency at Joe’s Movement Emporium. It took as its inspiration the shadow boxes of Joseph Cornell, the films of Jean-Pierre Jeunet and Georges Méliès, nostalgia, ephemera, mass-extinction and the Anthropocene, to explore themes of discovery, creation, play, attachment and letting go.

Because of the pandemic, it has been reimagined for your shadow boxes at home as a an interactive website art installation. It has become a virtual shadow-box set in an imagined tenement building inhabited by five characters. Visitors will glean poetic glimpses of these strange residents, in their isolation, and are invited to enter each tenant’s room and be transported by fantasias of imagination. At their best, the screens in front of us are like Cornell’s boxes: inspiring places where we can lose ourselves in the poetic dreams of others. Using simple video techniques, manipulation of objects, puppetry, physical theatre, theatrical clown, sound layering and vintage spectacle, we are conjuring portals to hope.

It takes about 50 minutes to complete your visit, so we suggest preparing a favorite snack and beverage and settling in as you would in the theater for a show without intermission. There are moments in the experience to take breaks if you need them.  The site is only accessible on Laptop or Desktop computers and does not work on phones or tablets.