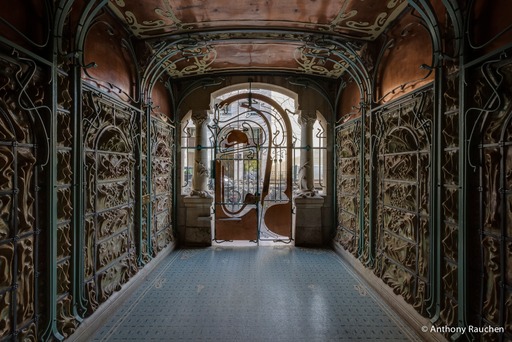 Chris Boicos, professor of art history for the University of Southern California Paris program and founder (2007) and main lecturer for Paris Art Studies

The Art Nouveau style that emerged in the 1890s and briefly conquered much of Europe signaled both a new beginning and an end in the evolution of 19th century styles. It defiantly broke with the classical and historicist traditions of the 19th century with the ambition of founding a radically new style on the eve of the 20th century. Yet it also revived the crafts and forgotten techniques of the pre-industrial age. Its sinuous lines referencing feminine beauty and natural forms did not survive in the new machine age of the early 20th century. Art Nouveau was the last attempt on the part of extremely talented artists and designers to restore a nostalgic sense of beauty and refinement in an increasingly brutish and mechanized world. In France its most original representatives were the architect Hector Guimard, the art dealer Siegfried Bing and the cabinetmaker and manufacturer Louis Majorelle. By tracing their careers, we will see how Art Nouveau aspired to be not just a decorative style, but a complete world of beauty onto itself, an alternative to what its promoters considered to be the material vulgarity and aesthetic bankruptcy of the late Victorian age.