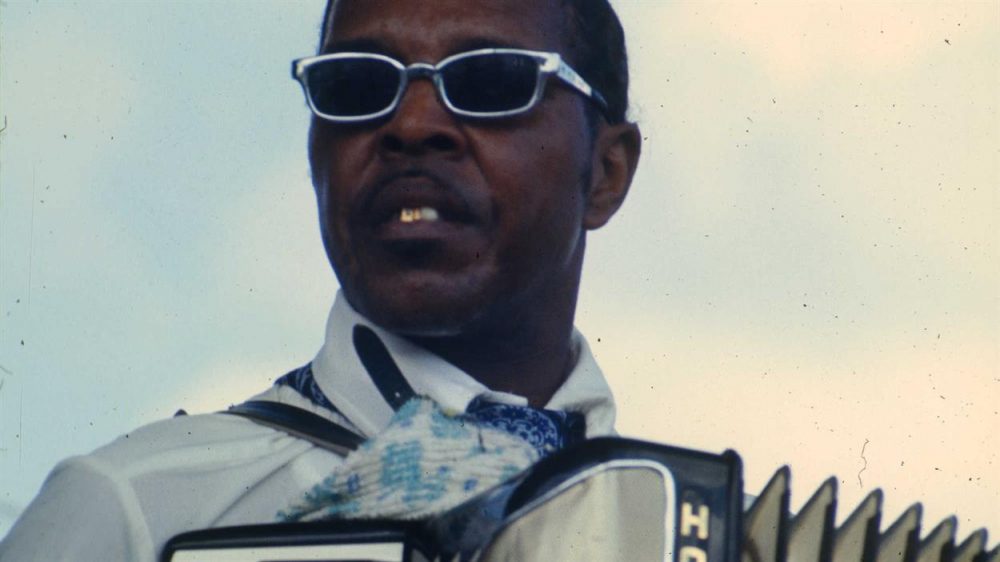 For the past 10 years, Baltimore Living Archives Artist in Residence Lawrence Burney has been a lead journalist telling the usually hidden and untold stories highlighting Baltimore + the DMV’s most captivating music, visual arts, and the surrounding culture that informs both. This summer Lawrence curates a series of films that in one way or another, have helped him gain a better understanding of self. Whether they affirm personal experiences, help make more sense of family & communities that raised him, or altered the way he approaches his work, each is crucial to his growth as a man and a curatorial force. True Laurels Summer Films present an opportunity for Lawrence to share how he sees the world with the public.

Hot Pepper Synopsis
Acclaimed filmmaker, Les Blank, spent five decades immersing himself in overlooked American culture across music, food, beauty, and art. As much an enthusiast as a documentarian, Blank’s films are often admiring and intimate close-ups of individual musicians. Hot Pepper is a thrilling musical portrait of Zydeco King Clifton Chenier, who combined the pulsating rhythms of Cajun dance music and Black R&B with African overtones, belting out his irresistible music in the sweaty juke joints of South Louisiana.

“I was introduced to this film during the early stages of the pandemic and quickly became obsessed with the way Blank was able to make the viewing experience feel like I was a fly on the wall, peering into someone’s everyday life. The mundane, run-of-the-mill moments are just as beautiful — if not more — as the pointed ones. And the way that Blank framed  King Clifton Chenier’s community as having the same significance as his music career affirmed the kind of storytelling that I always aim to execute.” – Lawrence Burney

Baltimore Living Archives is a collective place keeping project that builds community and civic engagement, centered around the sharing of stories through film and media co-produced by The SNF Parkway Theatre and the Enoch Pratt Library. Baltimore Living Archives is an artist residency that invites Baltimoreans to craft and showcase media-based stories alongside two Baltimore artists with archiving practices, SHAN Wallace and Lawrence Burney. SHAN and Lawrence will develop their own work and work with the community, sharing skills and stories through a number of participatory programs. Members of the community will be invited to share their stories, explore and contextualize archives, and enjoy the findings of SHAN and Lawrence.