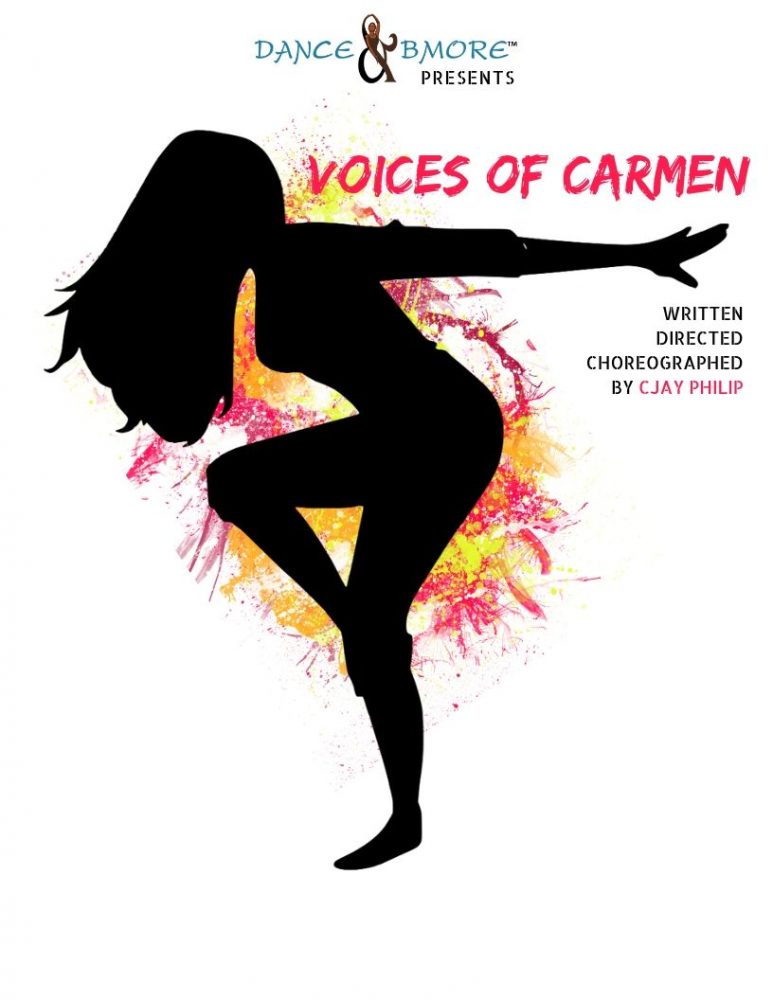 Created in 2018 as a musical adaptation of the opera Carmen set in a high school, the Voices of Carmen (VOC) musical brings a contemporary spin to this iconic story that’s filled with fresh yet familiar renditions of George Bizet’s compositions, as well as a dozen original songs, from Pop to Hip Hop and R&B, written and arranged by CJay and Winston Philip. This vibrantly staged and choreographed piece examines escalating conflict among young people, and hopes to serve as a catalyst for community dialogue and improved emotional health and awareness, while providing resources for conflict resolution. A virtual performance of excerpts through the Enoch Pratt Library premieres July 20, and an outdoor “Carmen Concert” will take place July 30 at Eager Park.

“I’m very excited to continue this program for our young people who’ve had so much of their lives cancelled this year already,” said CJay Philip. “Despite the state of the world, we felt that the show must go on and have been figuring out how to produce a virtual/video production that I think will be groundbreaking for a musical. If we succeed in building and documenting our process in Baltimore, we’ll be able to offer this framework for producing Voices of Carmen or any other Musical to theater programs across the country who are trying to figure out how to put on a quality Musical while keeping their audience and performers safe.” We already have theater directors and arts education programs reaching out to license our virtual production.

In addition to rehearsals, each Wednesday special guests present workshops in videography audio recording, job training and professional development for the cast and crew.

There are also workshops on three social emotional components that build on each other:

3. A teen workshop on Intimate partner abuse by the House of Ruth

“This year we’ve added professional photographer/videographerand educator Bruce McKaig to help train the company in lighting and video capture as they will need to DIY capture themselves for several portions of what will become a 75-minute movie musical.  We are also taping individual actors at the Motor House throughout the summer and utilizing green-screen as well as graphic design as backgrounds created by our youth production team; and we are completely remixing and master our musical tracks for this new cast,” says Philip.

This year, VOC has 34 young people, 26 cast members and 8crew members mentored by a staff of 8 adults. http://danceandbmore.com/projects/voicesofcarmen/

July 30 6:30PM – Outdoor “Carmen Concert” in Eager Park – which has a beautiful outdoor stage and levels of grass like stadium seating with plenty of space for social distancing.

August 13, and 14, 8PM – Drive in “Carmen Concert” performance in partnership with Motor House in Station North

August 27th 7PM – Movie Musical Live-stream premier on Voices of Carmen YouTube Channel. Followed by a VIP virtual after party with the cast.

All performances are free of charge and will rely on audience donations to raise $12,500.00 needed to meet the programs budget.

Like last year, each performance will incorporate interactive aspects where the audience gets to comment on and discuss the conflicts and actions as they arises. Audiences found this particularly surprising and satisfying. Audiences can also join a weekly Carmen Conversation produced by the crew/production team which live streams on Tuesdays 1pm July 21 through Aug 11 on Voices of Carmen YouTube Channel.