We Care: Works by Corita Kent 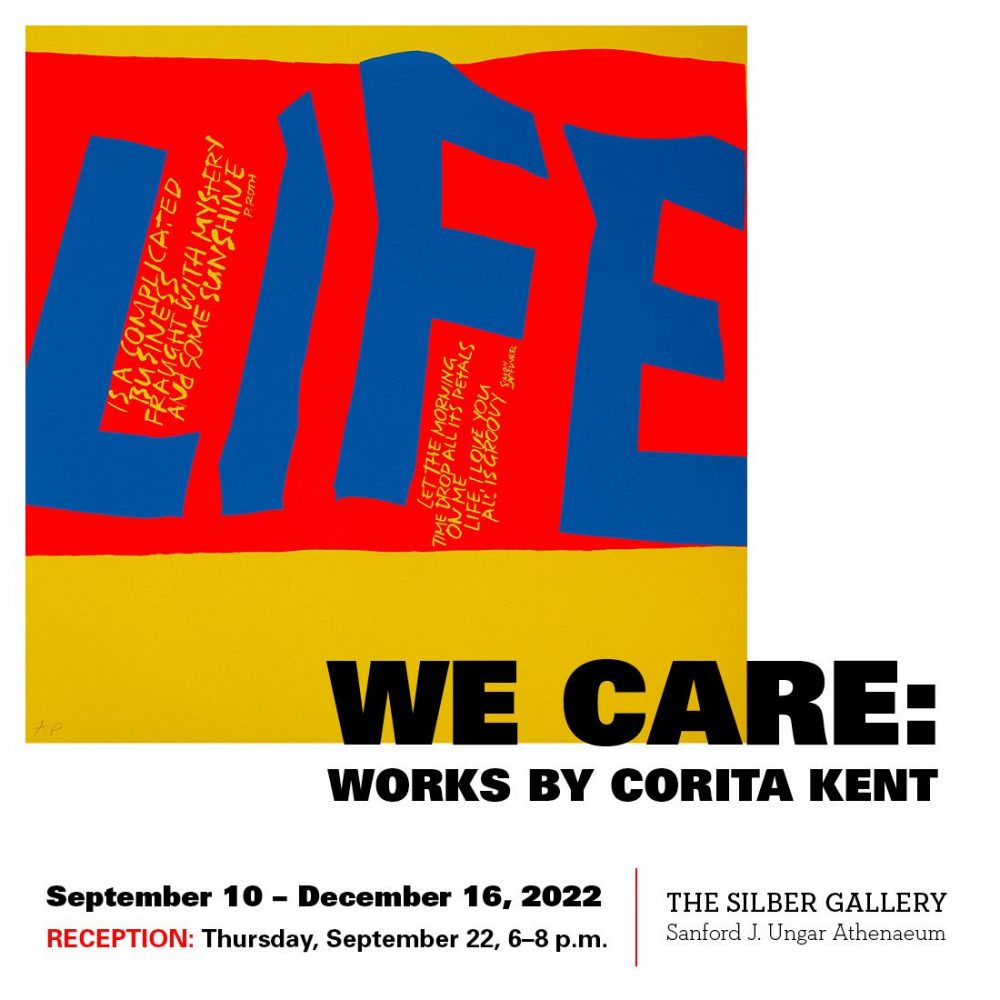 Goucher College is pleased to present We Care: Works by Corita Kent, on view in Silber Gallery from September 10 through December 16, 2022.

Corita Kent was an artist, an educator, and an activist who used her artwork to address issues of social injustice and the anti-war movement. As a Catholic nun, Corita drew on her faith, her distinct design sensibility, and diverse aesthetic influences to create her vibrant, text-based serigraphs.Corita came into her artistic identity in the 1960s amidst the protests over the Vietnam War and the fight for civil rights.Responding to the changes prompted by Vatican II,her religious community, the Sisters of the Immaculate Heart of Mary, had adoptedincreasingly progressive positions, and found colleagues within the church, such asRev. Daniel Berrigan, S.J.,who were taking up vocal stances against the draft, hunger, and pervasive problems of racial and economic division.

This selection of boldly colored serigraphs is on loan from the U.S. Province of the Society of St. Sulpice. It is the first time this collection has been shown in Baltimore, MD. We Care is presented along with the Goucher Library Special Collections & Archives’ exhibition of the same title, which documents the Goucher community’s participation in activism and protests in the region throughout the college’s history. More information on Father Berrigan (known locally as a member of the Catonsville Nine) can be found in the 4thfloor exhibition, along with many other instances of social action and demonstration.