WEBINAR: The Princely Court of Mantua with Elaine Ruffolo 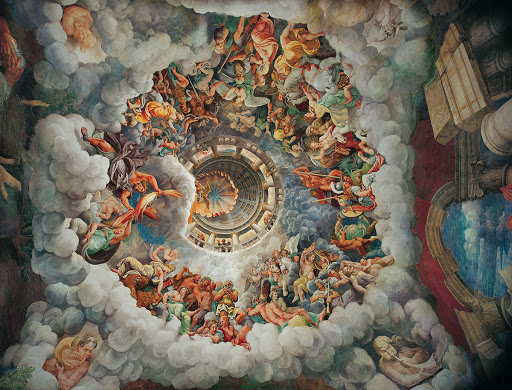 The Princely Court of Mantua

After the collapse of the Roman Empire, Italy gradually fragmented into numerous little territories with unique political systems. Debilitating violence all too often ensued as the leading families fought with fellow citizens for dominance of the city. A common outcome from the 13th century onwards was the imposition of autocratic rule by a single prince; and by the 15th century most of Italy was organized around princely courts.

Mantua is deeply connected to the history of a particular family, which ruled and determined the town’s fate. The Gonzaga family gave the town prestige and funded imposing construction projects and artistic endeavors. Their rule may have been tyrannical, and warfare their principal occupation, but the Gonzaga dynasty brought into being through their patronage some of the finest buildings and works of art of the Renaissance. Many of the leading artists in 15th- and 16th-century Italy worked in the service of the princely court of Mantua including Mantegna, Alberti, Pisanello, and Giulio Romano. This program provides an unhindered gaze into court life in Mantua.