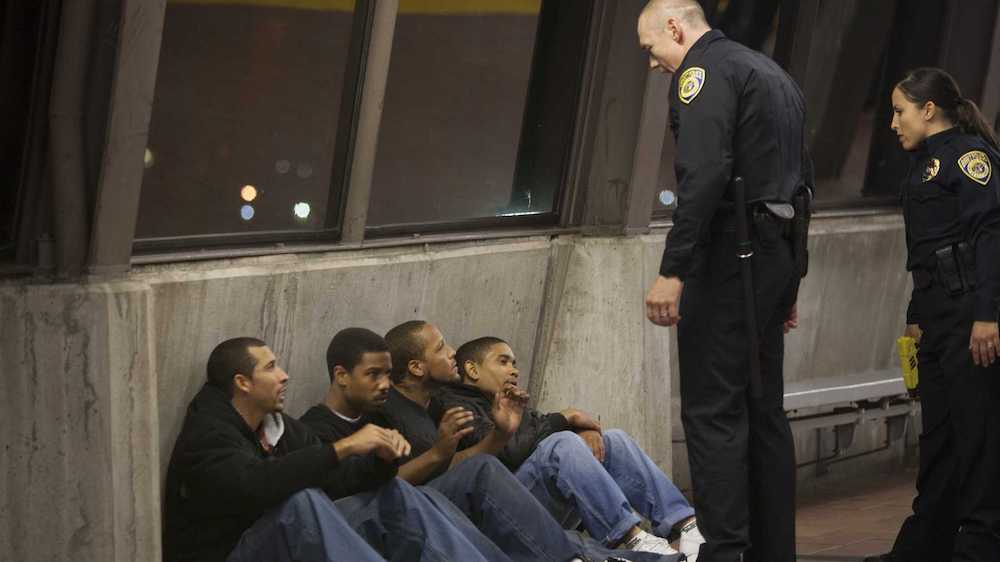 When Fruitvale Station premiered (under the title Fruitvale) at the Sundance Film Festival in 2013, it immediately became an overnight sensation, along with its 29-year-old director, Ryan Coogler. The film won both the Grand Jury Prize and the Audience Award at Sundance, launching Coogler’s meteoric career in spectacular fashion. Within three short years, he had revived the Rocky franchise with his critically acclaimed blockbuster, Creed (2015), and was tapped to direct the now-legendary Black Panther (2018), which went on to become the highest grossing solo superhero film of all time. In the wake of the Black Panther juggernaut, the quiet, heartbreaking Fruitvale Station—made on a budget of less than a million dollars—has become a bit of a forgotten gem that very much deserves a second look. It bears all the hallmarks of Coogler’s genius for drawing complex characters and vividly detailed worlds. The film tells the true story of 22-year-old Oscar Grant III, who in 2009 was fatally shot in the back by a BART policeman in Oakland, California, Coogler’s hometown. By choosing to depict the ordinary rhythms of Grant’s last day on earth, Coogler foregoes drama to quietly reveal the young man’s complicated humanity, and he makes the Oakland neighborhood Grant inhabits resonate with larger meaning. Along with Michael B. Jordan’s devastating breakout performance as Grant, the film’s “day in the life” structure makes for one of the most powerful statements on film about the cost of growing up Black, male and poor in America.