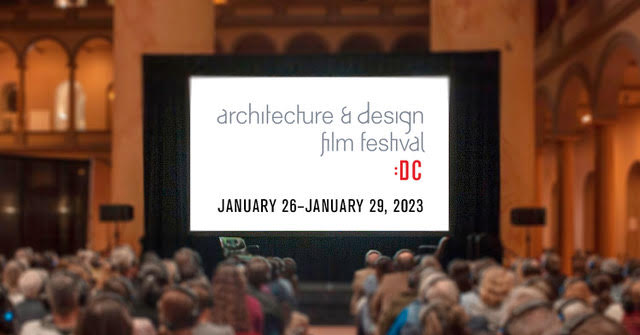 The National Building Museum will, for the fifth year, partner with the Architecture & Design Film Festival to produce and host the beloved festival in Washington, D.C. (ADFF:DC) January 26-29, 2023. Throughout the course of four days, the festival will showcase a diverse selection of films from more than eleven countries that investigate design’s impact, environmentally and culturally, on the worlds of fashion, real estate, art, architecture, urban planning, and housing.

ADFF:DC Opening Night kicks off on Thursday, January 26, with Alice Street, a moving documentary about the power of public art and a mural that brought together artists, community leaders and two neighborhoods in the fight to protect history, culture and voice in the face of gentrification. The film will be followed by a Q&A with the director Spencer Wilkinson and community organizer, Lailan Sandra Huen. The evening will also feature an open bar, delicious hors d’oeuvres, and an opportunity to mingle following the screening of the film.

Saturday’s films highlight the exciting world of sustainable fashion. In addition to screenings, visitors can learn more about sustainable clothing at a panel discussion with industry leaders and pick up a one-of-a-kind piece from local vendors Tribute Collective, Bitter Grace or Illicit Rag Vintage at a pop-up market in the Great Hall.

The festival concludes on Sunday, January 29, with a celebration of D.C. culture and history featuring a Go-Go brunch with popular D.C. band TOB, a pop-up exhibition of photographer Dee Dwyer’s work documenting the people and culture of Southeast D.C., and a screening of the critically acclaimed documentary Barry Farm: Community, Land and Justice in Washington D.C. The film tells the story of the fight to protect the legacy of a cherished community that helped define D.C. culture and will be followed by a Q&A with filmmakers Samuel George and Sabiyha Prince.

We are thrilled to continue our partnership with ADFF and proud that many of the films curated for this year’s festival are timely and relevant to residents in the D.C metro area,” said Aileen Fuchs, President and Executive Director of the Museum. “We are dedicated to offering engaging, immersive programming that inspires and educates about the world we design and build. This year’s festival features films that focus on equity, sustainability, and innovation, all of which are part of the Museum’s guiding Pillars of Impact. We hope visitors will come in from the cold to experience thought-provoking films and discussions; delicious food and beverages; and fun cultural activations around fashion, photography, and music.”