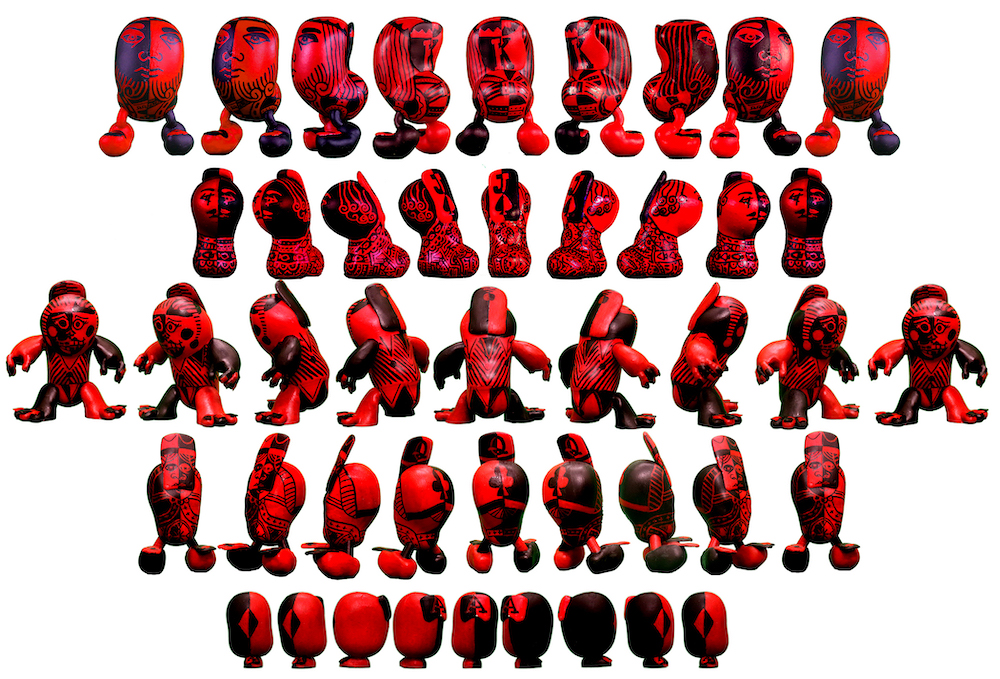 The Montgomery College Visual and Performing Arts Department of the Takoma Park/Silver Spring Campus presents a virtual artist talk with the Spring Semester 2023 artist in residence David Ross. Ross is an artist and educator in the field of STEAM–David Ross creates “Blanks”, a term coined in the designer toy movement for physical characters stripped down to their most basic elements. The virtual artist talk will be given at 1pm, Monday, February 20th. This event will be held via ZOOM webinar. This event is free and open to the public. Please go to www.montgomerycollege.edu/artsinstitute to register for this artist talk.

David Ross is an artist and educator in the field of STEAM.  After obtaining his MFA from American University, David began mentoring youth in art and technology at the Hirshhorn’s Makerspace, ARTLAB+. David left the Hirshhorn after winning a Fellowship to build similar programming at the US Embassy in Korea, where he discovered the prevalent toy culture which he would incorporate into his practice after the Fellowship ended.  David went on to work in Makerspaces at both public and university libraries before settling at the Corcoran’s Fablab.

When not running Makerspaces, David spends his time drawing, sculpting, and using emerging technologies to bring these to life.  He works closely with the DC Comic publication Magic Bullet, and the California based designer toy manufacturer SpaceJunk Toys.  David has exhibited in both national and international galleries, as well as many comic book venues.  He has a cat named Winka.

About the AIR Program

The Artist in Residence (AIR) program provides artists with studio space for up to one semester in duration. Studios provided are highly visible and placed in an interactive academic setting. To maximize interaction with academic programs, residency dates will align with the academic calendar. The current Artist in Residence will interact with students both in person and online via departmental social media pages, @930KingStreet on Instagram.