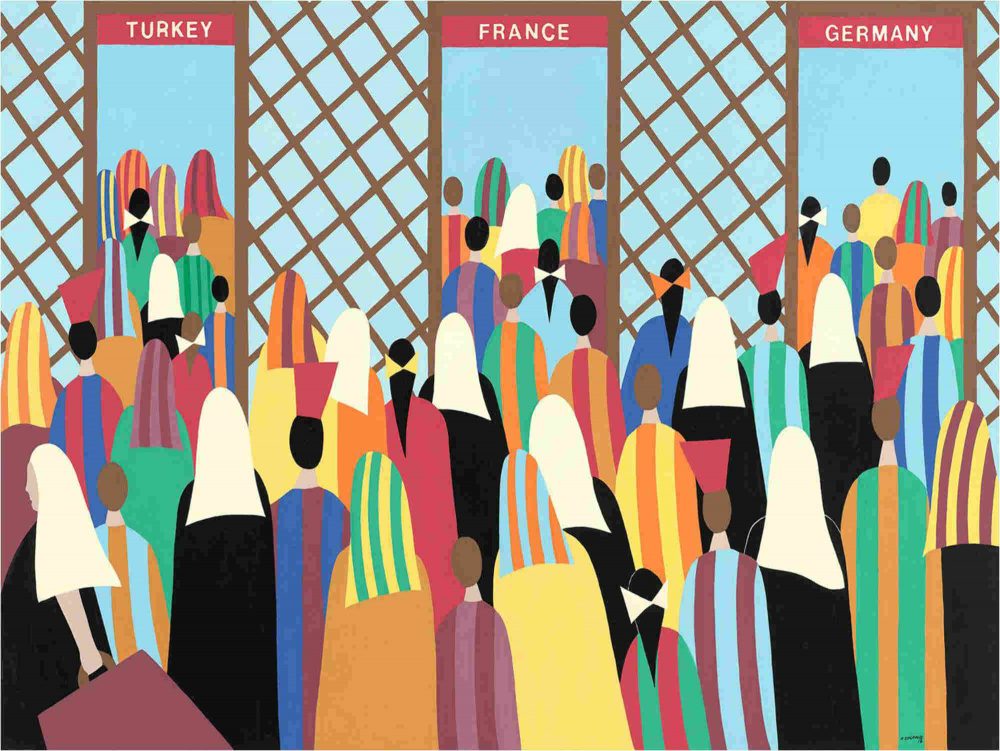 Helen Zughaib was evacuated from Beirut in late1975 and, upon her return in 2010, her optimism and hope for change in her country was at a peak as the “Arab Spring” began. But as time wore on, she watched this “Arab Spring” devolve into war in Syria displacing over 13 million refugees, more than 5,000 dead, and the conflict continues with no end in sight.

In this exhibit, Zughaib captures her emotional journey through this “Arab Spring,” by focusing on the most vulnerable victims, the women and children who are left to pick up the pieces of their shattered lives series.  The “Syrian Migration Series.” draws parallels between Zughaib’s paintings and those of Jacob Lawrence, to tell the stories of injustice, struggle, violence, change, hope and even beauty that surround this conflict. Zughaib follows the initial uprisings of the Arab Spring from the Syrian civil war to the current refugee crisis which continues to affect the Arab world, Europe and the United States until today.