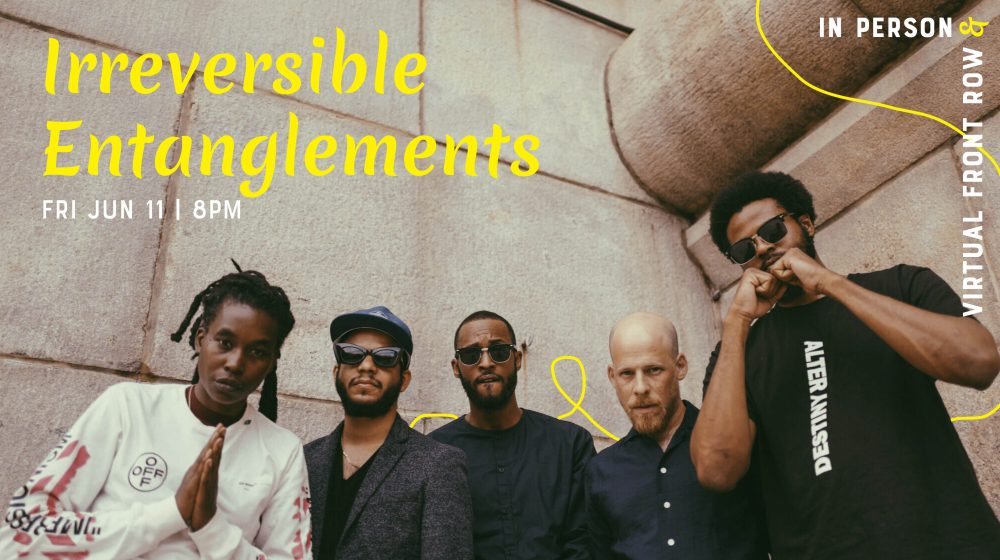 This show will also be available to view virtually, as well as in-person with a limited capacity audience.

“The band draw[s] a through-line from ’60s free-jazz to our current despair, with urgent improvisation that unfolds like a fire flower of rebellion.” —National Public Radio

“They tap directly into the cacophony of these times and connect it to the tumult that has been percolating since before people were making records.” – Stereogum

“Compressing hip-hop, punk, industrial, electronic, and noise music into a siren blare, she (Moor Mother) thrusts hundreds of years of brutal injustices in our faces, as if hoping to cram as much information through as small an opening as possible.” – Pitchfork