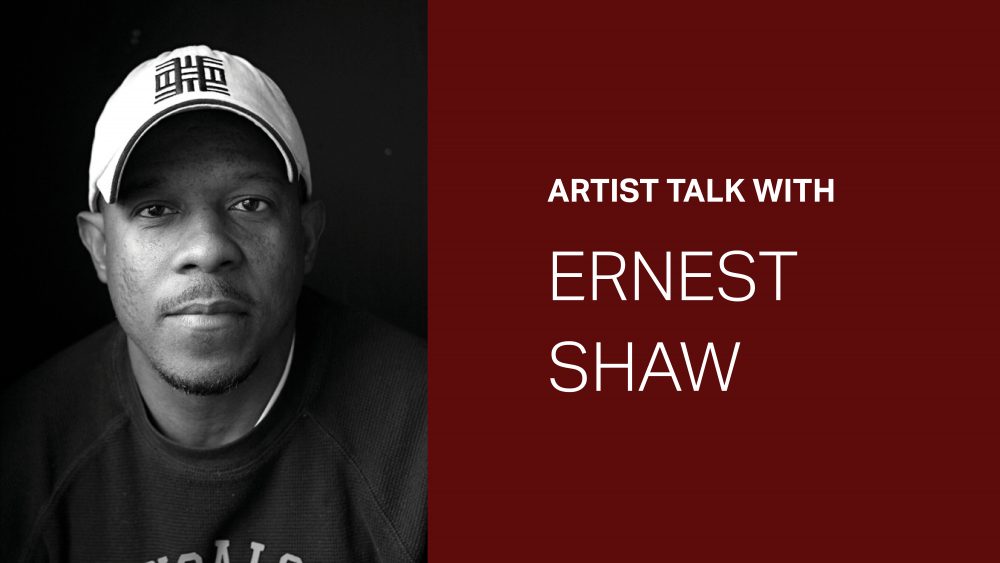 Join the Joshua Johnson Council on Facebook Live for their January meeting featuring a presentation from Baltimore artist Ernest Shaw.

Ernest Shaw’s work illustrates aspects of the duality of the African American experience, exhibiting this dichotomy through an array of media and concepts. The most prevalent aspect of the artist’s work is his use and understanding of color and the figure. The figure in his work is a continuation of a rich history of African and African American figurative art, and his use of color demonstrates a deep level of understanding of rhythm taught to him by several West African drum instructors.

Artist Ernest Shaw, Jr. was born and has lived most of his life in Baltimore, Maryland. Mr. Shaw comes from a family of visual and performing artists. As a youngster growing up in West Baltimore, there was never an absence of influence or inspiration thanks to the support and encouragement of his parents. He appreciates them all the more, as he recognizes that it is not easy to raise a child artist. Ernest is a product of Baltimore City Public Schools, where he graduated from the Baltimore School for the Arts—and where he currently teaches. He continued his education with a B.A. in Art from Morgan State University and an M.F.A. from Howard University in Washington, D.C. In addition to teaching in Baltimore City, he is also an adjunct professor at The Maryland Institute College of Art.