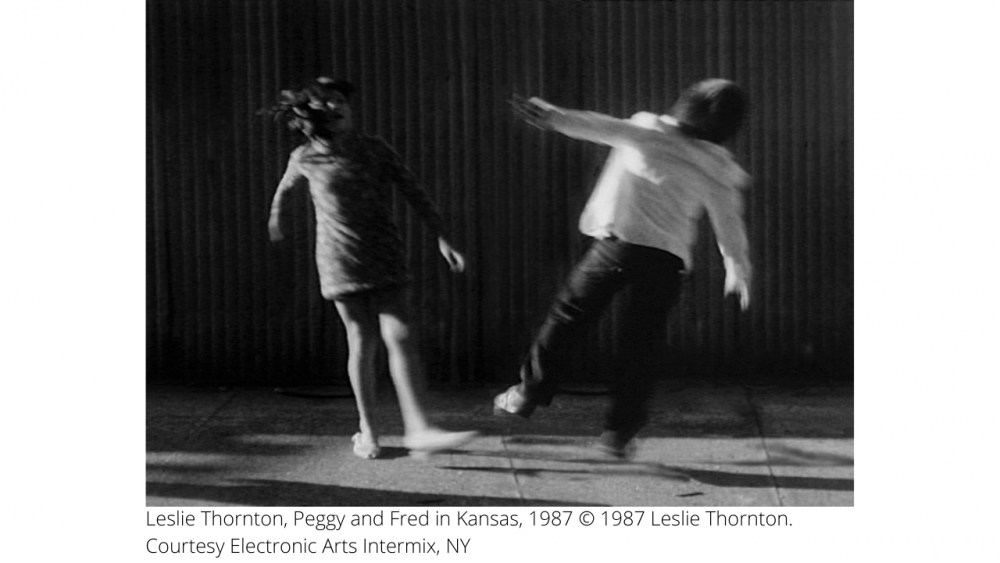 Join the Smithsonian American Art Museum for an engaging virtual lecture with award-winning filmmaker Leslie Thornton. Learn how Thornton, with her decades-long episodic film epic “Peggy and Fred in Hell” (1983–2015), secured a place of reverence in cinema history. Enjoy a special screening of the series’ most well-known video, “Peggy and Fred in Kansas” (11 mins, 1987). In this short piece, viewers are introduced to the protagonists as young children, responding to a post-apocalyptic Earth that has forced them into hiding. They live among the debris of their former society and rely on tune-in radio signals for glimpses into another world. Following the screening, Thornton and Saisha Grayson, time-based media curator at the Smithsonian American Art Museum, reflect on how this avant-garde film classic resonates with renewed urgency for audiences in 2021, after a year of contemplating a threatening environment “out there” via media consumption while at home. They will be joined by Natalie Bell, curator at the MIT List Visual Arts Center, who is organizing the Thornton retrospective that opens there this October.

This program is part of “Viewfinder: Women’s Film and Video from the Smithsonian,” a monthly virtual film screening and conversation series sponsored by the Smithsonian American Women’s History Initiative, Because of Her Story. This second half of the series showcases creative responses to the external forces that shape the way we move through and experience the world. Visit WomensHistory.si.edu for more information about upcoming events in this screening series