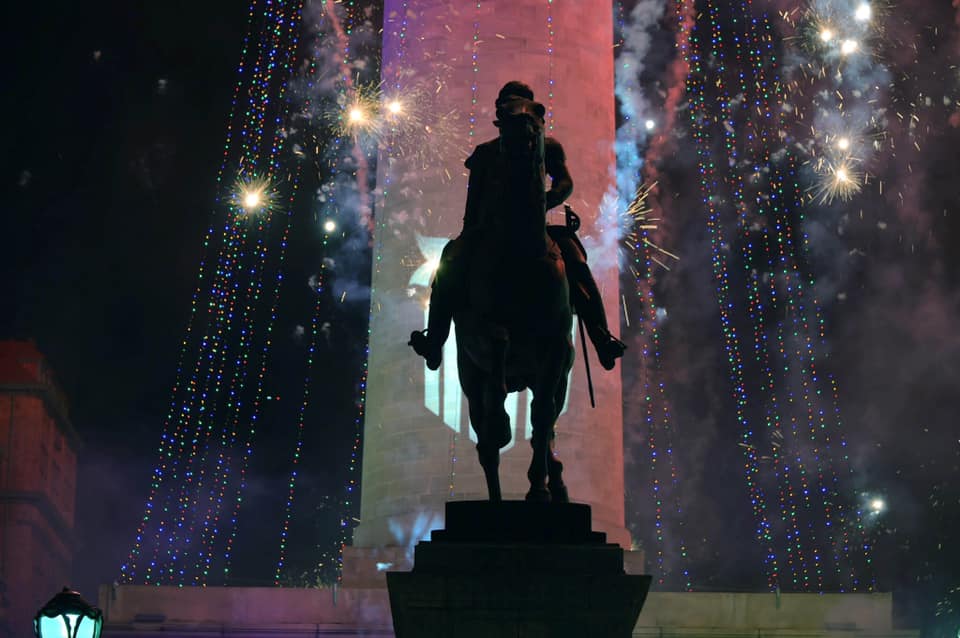 Over 20 local food vendors will provide food options from sweet to savory, and the Conservancy’s beverage concessions will provide local beer, mead, and wine. Responding to community feedback, efforts have been made to reduce wait times by having more and diverse food vendors and bar concession locations than in the past.

Lance Humphries, the Conservancy’s Executive Director notes: “We’ve spread out the food vendors between the West and the North squares, and there are bar concessions in these squares, as well as the South. We hope guests check out the map online before they arrive to plan their trip. It is a busy and exciting jam-packed evening!”

The non-profit Conservancy was founded in 2008 to enter into a partnership agreement (2012) with the City of Baltimore to restore, maintain, and manage the Washington Monument and surrounding park squares of Mount Vernon Place.

Monument Lighting will assist the Conservancy in raising awareness about what the organization does every day for the city. Since 2012 the Conservancy restored the Washington Monument for its bicentennial rededication in 2015, which all year-round welcomes guests from Baltimore and around the world. Each summer the Conservancy provides free programming in the parks, and in 2019 the Conservancy took on the management of Baltimore’s oldest festival—Flower Mart.

“While we’ve restored the Washington Monument,” Humphries notes, “there remains much work to do to restore the parks for the future. If you look closely, the historic fabric is literally crumbling. We are currently in the middle of a $12 million capital campaign to restore the North and South Squares.”

On stage will be local musical favorites playing holiday-themed music, like the Baltimore School for the Arts, OrchKids, the Peabody Brass Ensemble, Brandon Woody, and the Morgan State University Choir. Fireworks, designed by Baltimore’s own Image Engineering, will go off at 8pm. The event will be emceed by distinguished Baltimore investigative reporter, Jayne Miller.

1) Monument light strings will be raised to the top the morning of Tues. Nov. 29th—with media opportunities.
2) A detailed vendor map and list of performers can be found here: