RUMPUT! A Night of Music and Shadow Theatre 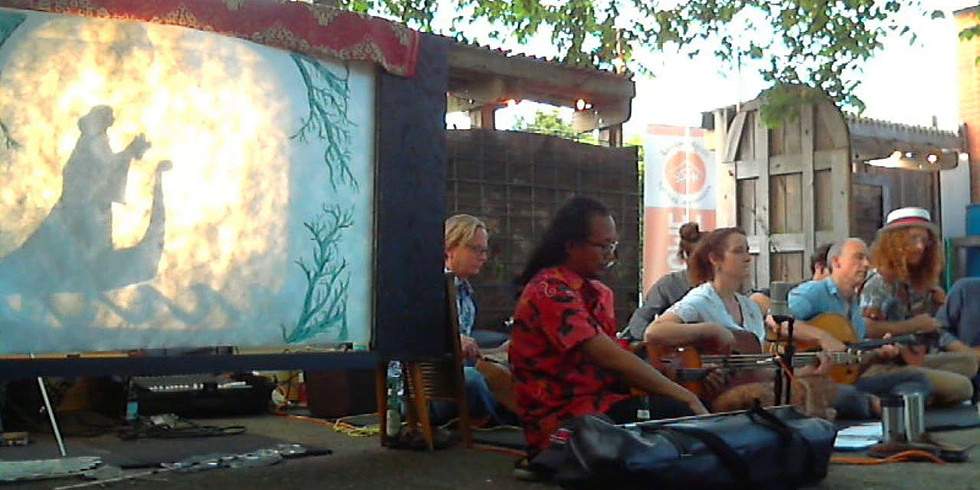 They will be premiering two new commissioned works from scrolling panorama artist Dani Iswardana and musician Danis Sugiyanto, both of whom are from Java. Rumput has learned from and collaborated with Danis Sugiyanto and a number of other Javanese musicians for many years.

Katherine Fahey (Baltimore, MD)
Katherine Fahey utilizes crankies to tell folks tales as far-reaching as the southern swamps of Louisiana and the northern reaches of Inuit Quebec, but also tell true stories from her childhood in Virginia or from the streets of Baltimore. For the last 10 years, she has been exploring visual storytelling through illustration, paper cutting, and shadow puppetry. Collecting memories from songs, folk tales, and her own experience of the world, she stages narrative allegories, mostly in silhouette.