The Culture: Hip Hop and Contemporary Art in the 21st Century 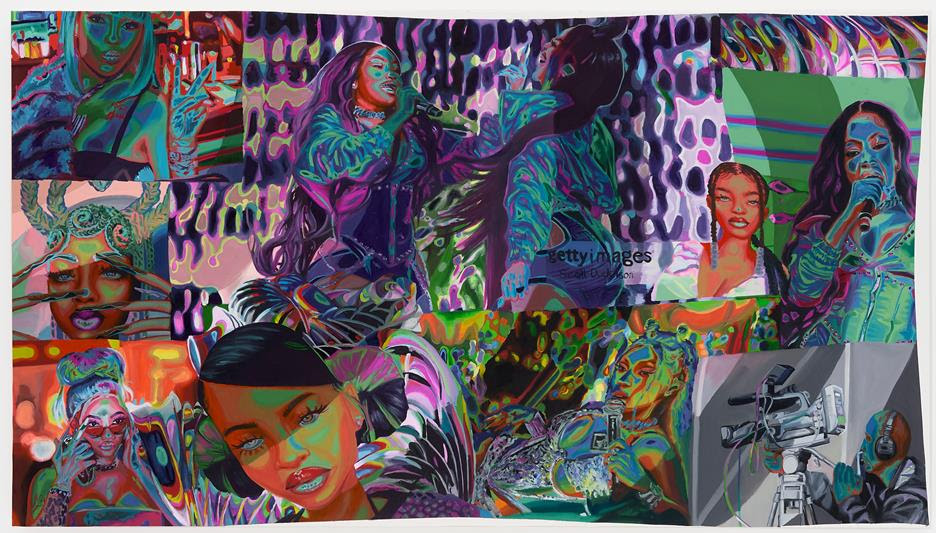 Coinciding with the 50th anniversary of the birth of hip hop, the Baltimore Museum of Art (BMA) will open a groundbreaking exhibition that explores the conceptual, cultural, and aesthetic attributes that have made hip hop a global phenomenon and established it as the artistic canon of our time. Opening on April 5, 2023, The Culture: Hip Hop and Contemporary Art in the 21st Centuryfeatures more than 90 works of art by some of today’s most important and celebrated artists, including Derrick Adams, Mark Bradford, Lauren Halsey, Julie Mehretu, Adam Pendleton, Tschabalala Self, Hank Willis Thomas, and Carrie Mae Weems, as well as several with ties to Baltimore and St. Louis such as Devin Allen, Monica Ikegwu, Amani Lewis, Anthony Olubunmi Akinbola, Damon Davis, and Jen Everett. Their work is presented in dynamic dialogue with fashion and objects created and made famous by Lil’ Kim, Dapper Dan and Gucci, and Virgil Abloh for Louis Vuitton, along with iconic brands like Cross Colours and TELFAR. Together, the works in The Culture weave a compelling narrative about art and culture that is rarely experienced in a museum context—and one that highlights a broad array of conceptual and material innovation. The exhibition will have significant personal and communal resonance for those steeped in hip-hop culture, while providing a crash course into the explosive impact of the genre over the past two decades for those less versed.

The Culture is a ticketed exhibition co-organized by the BMA and the Saint Louis Art Museum (SLAM) and will be on view at the BMA from April 5 to July 16, 2023, and at SLAM from August 25, 2023, to January 1, 2024. It is co-curated by Asma Naeem, the BMA’s Eddie C. and C. Sylvia Brown Chief Curator and Interim Co-Director; Gamynne Guillotte, the BMA’s Chief Education Officer; Hannah Klemm, SLAM’s Associate Curator of Modern and Contemporary Art; and Andréa Purnell, SLAM’s Audience Development Manager. The Culture is accompanied by an expansive catalog with contributions from more than 50 artists, writers, scholars, curators, and arts leaders. The exhibition and book are further supported by an extensive network of advisors, including community members, artists, and scholars in the study of hip hop.

“Hip hop’s influence is so significant that it has become the new canon—an alternate set of ideals of artistic beauty and excellence centered around the Afro-Latinx identities and histories—and one that rivals the Western art historical canon around which many museums orient and develop exhibitions,” said Naeem. “Many of the most compelling visual artists working today are directly engaging with central tenets of this canon in their practices, in both imperceivable and manifest ways. Whether through the poetics of the street, the blurring of high and low, the reclamation of the gaze, the homage to hip-hop geniuses, or the experimental collaborations across such vastly disparate fields as painting, performance, fashion, architecture, and computer programming, the visual culture of hip hop along with its subversive tactics and its tackling of social justice surface everywhere in the art of today.”