The Space We Occupy 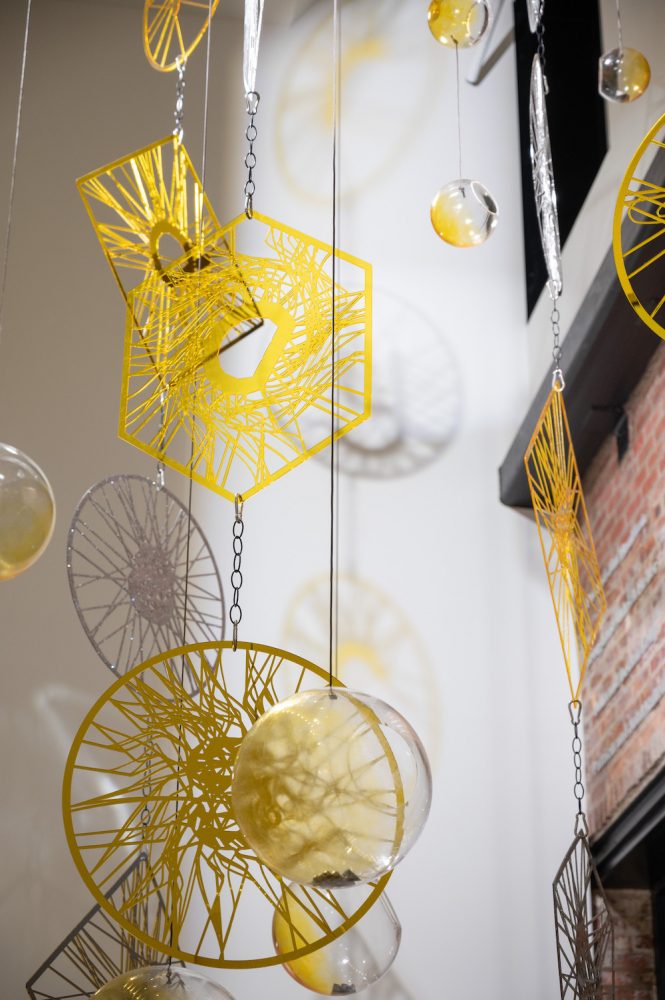 The Space We Occupy

An exhibition of work by Irish visual artists

Solas Nua, Washington, DC’s premier contemporary Irish arts organization, will present an exhibition of work by Irish visual artists Neil Carroll, Ailbhe Ní Bhriain, Colin Crotty, Katie Holten, Fiona Kelly and George Bolster, curated by Solas Nua’s Executive Director, Miranda Driscoll. Presented by in partnership with the Irish Arts Center, New York, The Space We Occupy is a group exhibition of work by six visual artists based in Dublin, Cork and New York City. The artists represent the depth and breadth of contemporary visual art being made across the island of Ireland today and by the many Irish artists who call the U.S. home.  The works consider our relationship with place and time; from the macro to the micro—Earth’s place in the solar system, humankind’s brief time on Earth, the place we occupy in community and the physical relationship between artwork and viewer.

Originally conceived to mark the opening of the New Irish Arts Center building in New York, the exhibition now travels to Washington, D.C., to occupy the spectacular Whittle School and Studios in the North Cleveland Park neighborhood. Formerly used as the U.S. headquarters of the International Telecommunications Satellite Organization (Intelsat), the building is known for its futuristic, high-tech architecture. Designed by the Australian architect John Andrews, Intelsat’s design became an important model for environmentally conscious and energy saving architecture. At the time of its construction, the new Intelsat headquarters was one of the first green buildings in Washington, D.C.

The Space We Occupy will be on view free to the public July 9-31 at the Whittle School & Studios, 3400 International Dr NW, Washington, D.C., 20008. All are welcome. Daniel Mulhall, Ambassador from Ireland, will open the exhibition at 2pm on Saturday July 9; exhibition curator Miranda Driscoll and exhibition artists George Bolster, Neil Carroll and Fiona Kelly will be in attendance.

This exhibition originated at the Irish Arts Center in New York City and is supported by Culture Ireland. Special thanks to all of the artists and Rachael Gilkey, Director of Programming, Irish Arts Center.