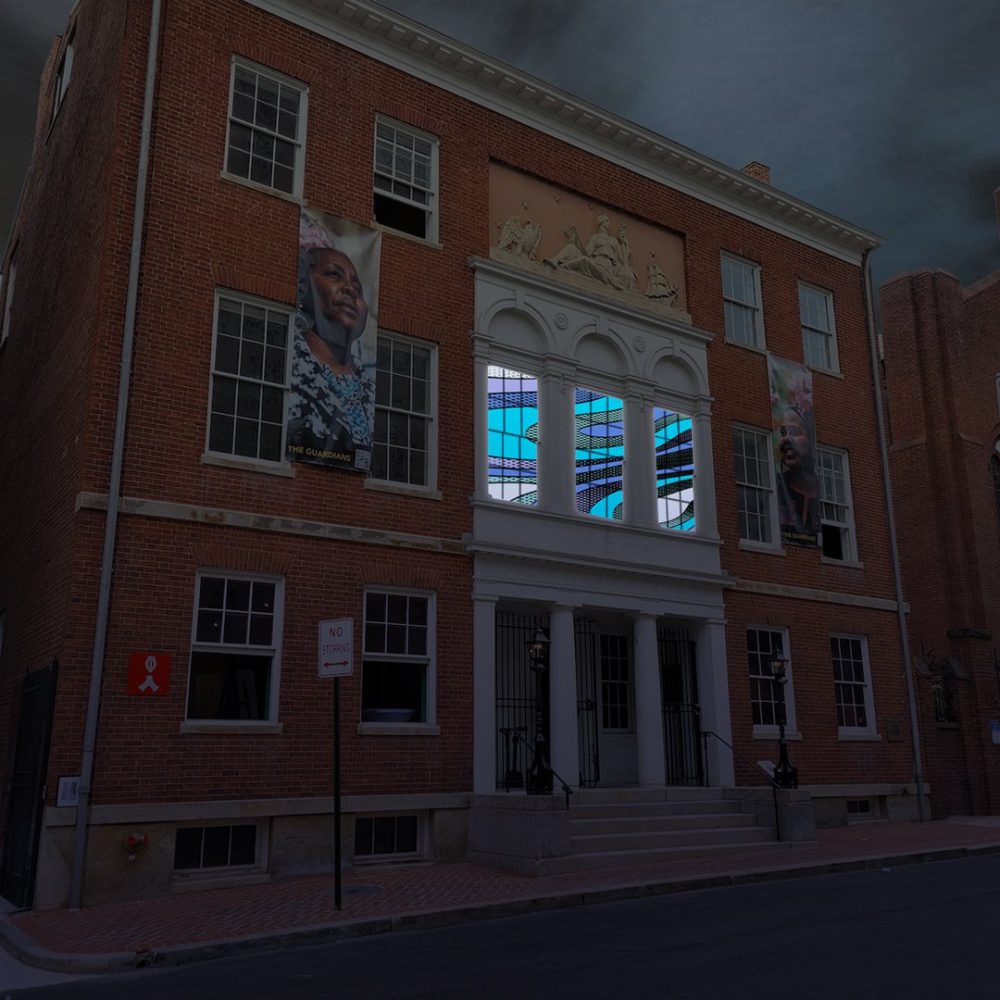 FREE | In-person at the Peale
No tickets necessary: View the projection on the sidewalk outside the Peale!

As part of the closing festivities for SPARK: New Light, artist Kelley Bell presents Window 26, an illumination of The Peale’s second-floor galleries from the inside.

In 1816, artist and innovator Rembrandt Peale, who had opened what we now call The Peale as the nation’s first public museum in 1814, created a breathtaking sight: Using gas and a “Magic Ring of Fire,” Peale created a glow inside the building that was strikingly visible from the street outside. It has been said that people would stand on Holliday Street in front of the Peale Museum marveling at the brightness of the light coming from its windows — an unprecedented sight in a world of candles and oil lamps.

Now, artist Kelley Bell’s Window 26 mirrors that event with new illuminations, projecting video and animation works by UMBC and Towson University artists. Beginning in 2020, Bell created similar projections through the windows of her own Baltimore home, creating a sense of community and way for people to safely gather outside during a long, lonely, and pandemic-influenced summer. Come view the exhibition before it closes for the evening and then we’ll move outside to see the projections from the street!