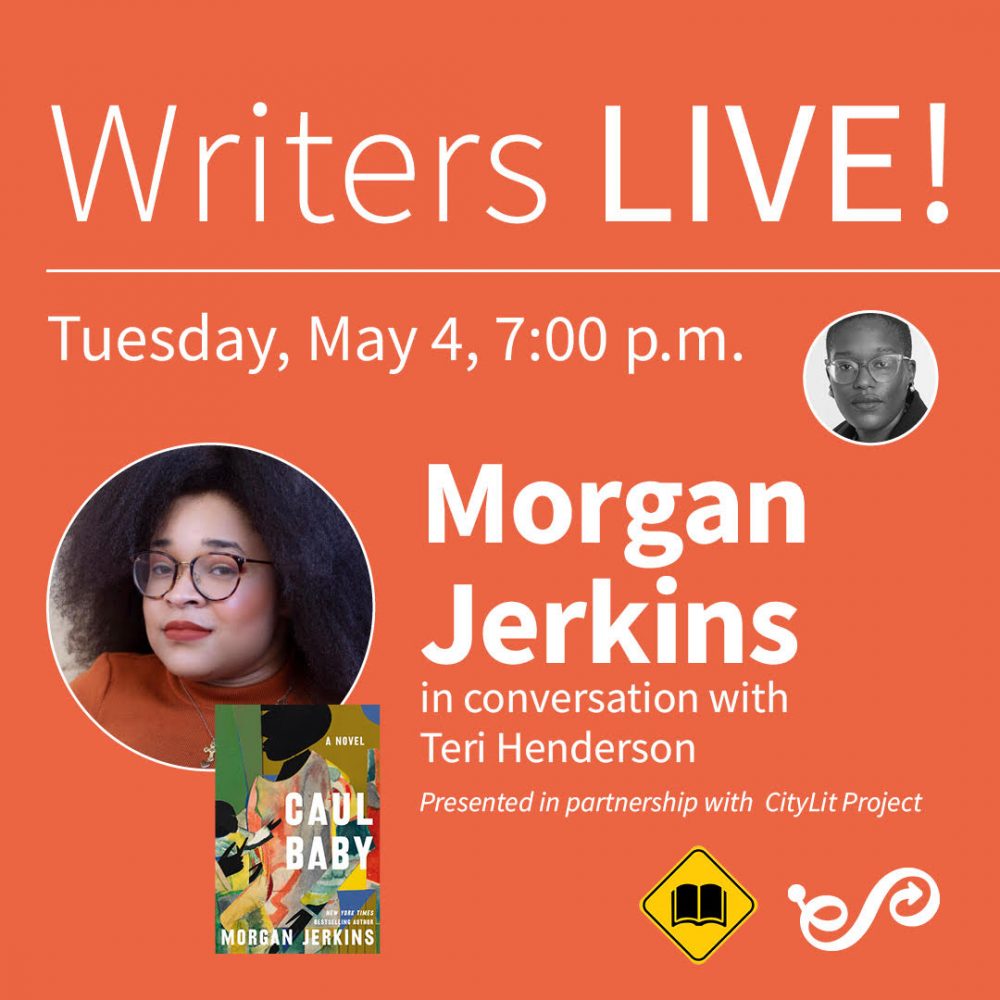 Morgan Jerkins will be in conversation with Teri Henderson about her work. In this talk, Jerkins discusses her literary journey, culminating in the release of her newest work, Caul Baby.

Desperate to be a mother after multiple pregnancies have ended in heartbreak, Laila turns to the  Melancons, an old and powerful Harlem family known for their caul, a precious layer of skin that  is the secret source of their healing power. When the deal for Laila to acquire a piece of caul to  protect her baby falls through and her child is stillborn, she is overcome with grief and rage and  blames the family for the loss.

What she doesn’t know is that she has another connection to the Melancons: her niece, Amara,  an ambitious college student, soon secretly delivers a baby girl she names Hallow and gives her  to the Melancons to raise as one of their own.

Hallow is special, born with a caul, and the Melancons’ matriarch believes she will restore the  family’s waning prosperity. As a child, Hallow is sheltered in the Melancons’ decrepit  brownstone, but as she grows up, she starts to become suspicious of the Melancon women, particularly wondering about Josephine, the woman she calls mother, and the matriarch, Maman,  who only seems to care about Hallow’s caul.

As the Melancons’ desperation to maintain their status grows, Amara, now a successful lawyer  running for district attorney, looks for a way to avenge her longstanding grudge against the  family for their crime against her beloved aunt Laila.

When mother and daughter finally cross paths, Hallow must decide where her loyalty lies.

Morgan Jerkins is the author of Wandering in Strange Lands and the New York Times bestseller This Will Be My Undoing and a Senior Culture Editor at ESPN’s The Undefeated. Jerkins is a visiting professor at Columbia University and a Forbes 30 Under 30 leader in media, and her short-form work has been featured in the New Yorker, the New York Times, the Atlantic, Rolling Stone, Elle, Esquire, and the Guardian, among many other outlets. She is based in Harlem.

Teri Henderson (b. Fort Worth, TX, 1990) is a curator, co-director of WDLY, and writer. Henderson holds a Bachelor of Science in Psychology from Texas Christian University. She formerly held a curatorial internship at Ghost Gallery in Seattle, Washington. During that time she also helped launch the social media campaign for the non-profit access to justice platform PopUpJustice!. She also previously served as the Art Law Clinic Director for Maryland Volunteer Lawyers For The Arts. She was published in the St. James Encyclopedia of Hip Hop Culture. Her work as co-director of WDLY addresses shrinking the gap between the spaces that contemporary artists of color inhabit and the resources of the power structures of the art world through the curation and artistic production of events. Henderson recently founded the Black Collagists Arts Incubator. Henderson is currently a staff writer for BmoreArt as well as the Connect+Collect gallery coordinator.

Order your copy of Caul Baby  from the Ivy Bookshop.

ASL interpretation will be available for attendees.