Interventionist, Anarchist, and Eagle Scout: An I [...] 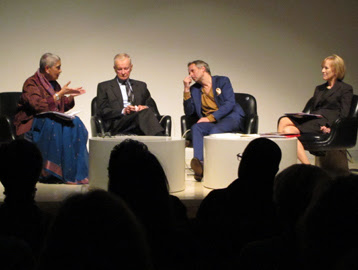 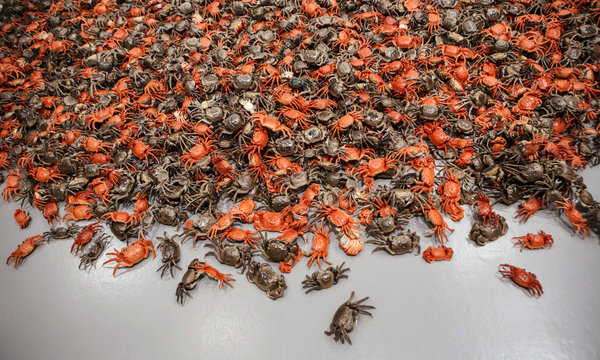 New York Times: The Message Over the Medium: Ai Weiwei at the Hirshhorn by Roberta Smith
Ai Weiwei, the lionhearted Chinese artist, architect and activist who is having his first American museum survey here at the Hirshhorn, might be the world’s most famous living artist. But going by the Hirshhorn show, “Ai Weiwei: According to What?,” it would be inaccurate to say that Mr. Ai’s fame rests primarily on his visual achievement, even factoring in his role in helping the Swiss architects Herzog & de Meuron design the Beijing Olympic stadium popularly known as the Bird’s Nest.
http://www.nytimes.com/2012/10/12/arts/design/ai-weiwei-survey-in-washington.html?_r=0 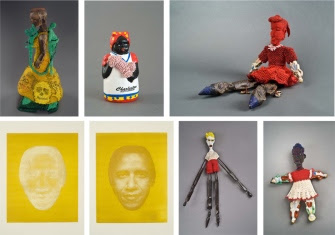 Baltimore Citypaper: Our Bodies, our Selves Joyce Scott’s solo show contorts identities
By Marcus Civin
Joyce J. Scott, Baltimore native, is a sculptor and a philosopher. She ponders problems by engaging with materials. Her sculptural-philosophical practice is a kind of alchemy, an imaginative and intuitive transformation of forms. Her current solo show at Goya Contemporary brings to mind a zany shop selling small handmade objects or an episodic novel brought to life. The exhibition includes 15 small- to medium-sized figurative sculptures and three unique prints. Scott sculpts romances; she couples, mates, and defines figures by intertwining bodies with other bodies.
Link: http://citypaper.com/arts/visualart/our-bodies-our-selves-1.1388838 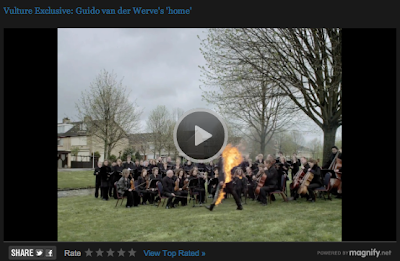 Triaesthete An artist treks almost 1,200 miles on land and water, from Warsaw to Paris, and gets it all on video. By Jerry Saltz

In his film Nummer veertien, home, the Dutch artist Guido van der Werve runs, bikes, and swims nearly 1,200 miles from Warsaw’s Church of the Holy Cross to Paris’s Père Lachaise cemetery. It’s a cinematic vision, 54 minutes long, gorgeously melancholy, occasionally flakey, intermittently batty, about longing, homesickness, submission, and death. For Père Lachaise is where Frédéric Chopin is buried—except for his heart. In October 1849 (immediately after his death), Chopin’s loving sister Ludwika fulfilled her brother’s wish by smuggling his heart out of Paris and interring it in that Warsaw church. Van der Werve makes the trip backward, triathlon-style, adding strange scenes about Alexander the Great’s journey from Macedonia to his final resting place in Babylon. He incorporates passages in which he himself catches fire, is blown up, or is suspended in a harness from a crane high above a suburban home. Talk about the beauty of excess, returning to the cosmic womb, and mad Romanticism: Picture the untamed imagination and astral atmospherics of Werner Herzog, the hushed hazy landscapes of the seventeenth-century Dutch master Aelbert Cuyp, and an abstract geography of pathos.
http://nymag.com/arts/art/reviews/nummer-veertien-home-saltz-2012-10/ 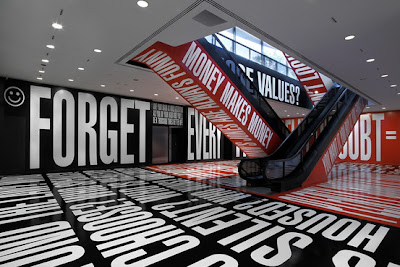 Wall Street Journal: An Artist Has Her Say—All Over a Museum’s Lobby and Store
By Kelly Crow

When artist Barbara Kruger has something to say, she tends to use 12-foot-tall letters. See a time-lapse video of a room-wrapping installation by Barbara Kruger that opens Aug. 20, 2012, at the Hirshhorn Museum in D.C. The 67-year-old Ms. Kruger, who is based in New York, has earned a reputation over the past three decades for pasting aphorisms about power and consumerism atop black-and-white photographs in combinations that are equally wry and wince-inducing. An early example from 1987 shows a hand holding up a card that reads, “I Shop Therefore I Am.”

More recently, she’s created videos and wrapped entire rooms in pithy texts that splay across floors and squeeze above doorways. Now, Ms. Kruger is headed to Washington, where her latest installation, “Belief+Doubt,” has taken over just about every surface in the lower lobby of the Hirshhorn Museum and Sculpture Garden. The work, which covers 6,700 square feet of surface area, has been printed onto wallpaper-like sheets in her signature colors of red, black and white. The vinyl portions on the floor will be mopped daily to get rid of shoe scuffs. The exhibition goes on public view Aug. 20 and will stay up for about three years.

The artist has made playful use of the architecture: On the strip of wall above the descending escalator, riders will see “Don’t Look Down on Anyone.” Across the threshold of the museum’s new store will be the phrase, “Plenty Should Be Enough.” The museum store’s checkerboard floor also reads like a shopper’s lament, with squares that read, “Hoard It,” “Crave It,” “Break It” and “Return It.” Assistant curator Melissa Ho said this last suggestion initially raised some eyebrows with officials at Smithsonian Enterprises, which oversees the Hirshhorn’s gift shop, but Ms. Ho said she reassured them. “I said, ‘Don’t you think she’s funny?’ ”
http://online.wsj.com/article/SB10000872396390443866404577564944016522540.html 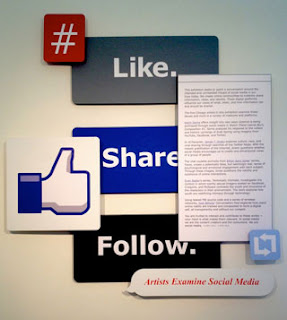 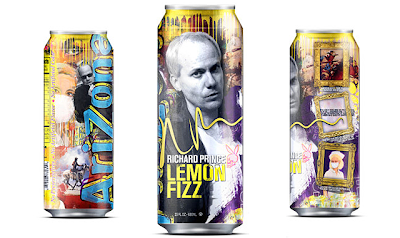