Review of Eleanor Farley: Act A Fool at Open Space by Sean Ostrowski

A Visit to MICA’s National Portfolio Day by [...]

Review of Eleanor Farley: Act A Fool at Open Space by Sean Ostrowski

Eleanor Farley’s Act A Fool at Open Space is a collection of pieces assembled from toys, colorful building materials, bits of trash, the artist’s hair, and a lot of glitter. The variety of sculptures, photographs, collages and paintings are a frantic assembly tittering on the edge of collapse, which hides behind a veil of saccharine sweetness. Farley states her work “uses humor to focus on what it means to build and sustain upon an imperfect foundation.” Notable pieces include: a bulbous mass covered in pink glitter supported by a single stiletto heel, a jet black statue with Farley’s ponytail hanging from it, an archway shaped to fit a human silhouette, and a photo series of a model with large happy faces painted on her naked body.

Entering the show for the first time, a smile comes instantly. Farley’s work has an entertaining wit where surprises are found as often as the sparkles. This can be contributed to her transformation of the everyday materials she uses. Some of the most satisfying pieces in the show are Farley’s collages. The row of partly assembled, partly exploded collaged images sit on a small shelf, aside from the main gallery. Plastic toys, paint, labels, and decorative scrapes are stuck to the backs of used packaging. Overall, these pieces encapsulate the aesthetic of the show, capturing the moment when the joy ride turns to nausea.

It may be here that Act A Fool takes a sharp turn. Somewhere during the show a double take happens. The room spins. The stiletto is being crushed under weight of something grown out of control. That blonde ponytail hanging off a pointed rock becomes unsettling. A bitter taste emerges under the rapidly dissolving candy coating. Are the cheerful faces on the model calling attention to expectations placed on body image?

Farley’s show creates an environment in constant collapse. It never really falls apart, but is never truly supported. Act A Fool functions as a darkly humorous critique of a culture that is quick to notice its faults, but not willing to fix them.

Act A Fool is being held at Open Space Gallery until Dec. 22. See it at Open Space’s open hours on Fridays, Saturdays and Sundays.

Author Sean Ostrowski is a MICA Graduate and Baltimore-based Designer, Artist, and Writer. 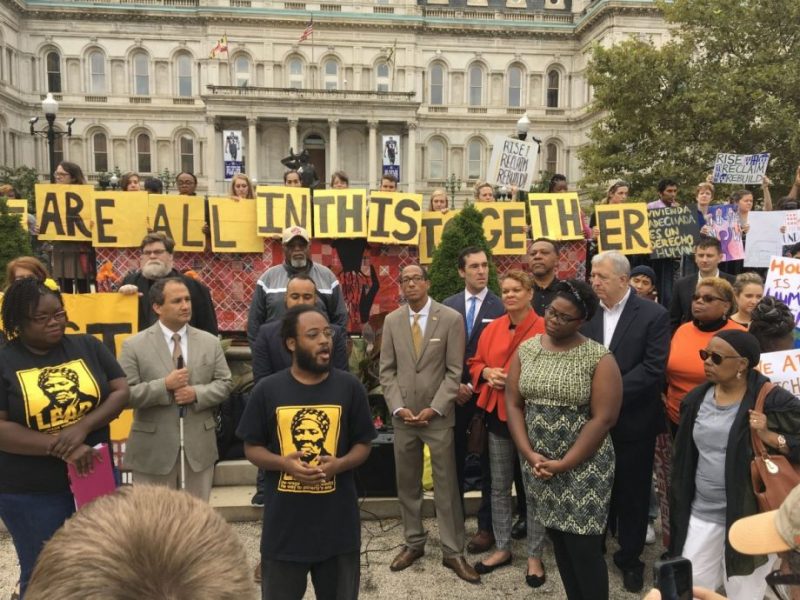