Can Station North Save The City? A Response by Michael Farley 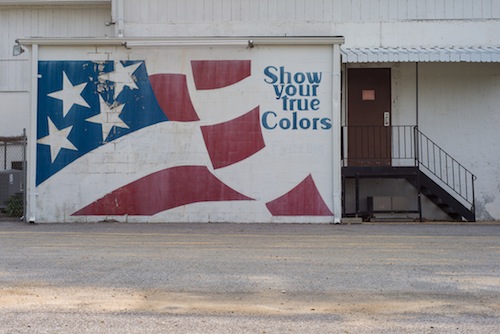 News & Opinion
Can Station North Save The City? A Response by Michael Farley This week, City Paper’s Baynard Woods conducted a thorough investigation of the multitude of changes happening in Baltimore’s Station North Arts District. It was a Herculean effort, and the story presents numerous subjects, viewpoints, and approaches, much like the rapidly changing neighborhood it depicts. Michael Farley, a regular City Paper arts writer was featured in part of the story, specifically in the three paragraphs below.

And of course, not all of the “artists” are happy with what is happening either. Visual and performance artist and City Paper contributor Michael Farley was standing on Oliver Street outside of Area 405, across the street from the newly developed Jubilee houses and the City Arts Building where he lives, puffing away on an electric cigarette. “I’m having an existential crisis,” he said, just before he was supposed to speak on the panel. “Ever since Ben asked me to do this, I’ve been thinking about the neighborhood and I realized that it isn’t the neighborhood I fell in love with 10 years ago.”

Onstage, he was more blunt: “Station North is dead,” he said. “People came in from the suburbs and brought their values.” Farley’s comments were the lightning rod of the conference, but not everyone entirely disagreed.

“I’m worried about the same stuff that Michael is,” Charlie Duff, who was the driving force behind the City Arts Building, says. “I don’t know how to preserve the full vibrancy of the scene. But a neighborhood with 50 percent vacancy needs people. We can argue about who are the best people to rebuild the neighborhood—I’d love to bring in 5,000 Michael Farleys—but I hope we don’t have to have the conversation about whether we should rebuild. The two great enemies of Station North are divestment and investment,” Duff adds, nicely summing up the problem.

After reading the article and sifting through the details, I came across a response to the article from Farley on his facebook page which sheds more light on the issue. Presented  from the personal perspective of an artist who has lived through the changes Woods chronicles, Farley’s response is worth consideration. (CO)

I’d like to thank Baynard Woods for this article about my neighborhood.

But, I’d also like to clarify some of my positions which might be perceived differently than I intended. I am not mourning the addition of new people to my neighborhood, I’m mourning the subtraction of the friends, businesses, and DIY venues that for various reasons (mostly economic) are not here anymore. Artists have been living in Greenmount West since the 1970s. A little over a decade ago, some were able to buy buildings very affordably to create a permanent home for themselves as well as new cultural venues (this has always been my aspiration). The people responsible for rising housing costs are not those artists, they are the institutions and handful of millionaires (who live in the suburbs) that have gobbled up the majority of the neighborhood as an “investment.” They are the banks and out-of town investors who have kept so much of the city’s housing supply vacant in the hopes that it’s future monetary value will be greater than it’s present use value. Demand is not driving rising costs, the elite who control the supply are. And as those prices rise, people are leaving.

At the height of the real estate boom, I was living in The Copycat, coping with huge rent increases annually. The owners of the building were in talks with The Persaud Brothers (luxury rental housing developers) to sell the building and evict the current tenants. We reached out to different housing non-profits in the hopes that we could form a limited-equity cooperative housing corporation and purchase the building instead. Needless, to say, that never materialized. One of the groups who met with us was Jubilee Baltimore. We were told about City Arts, an affordable development intended for neighborhood artists to move to once our warehouses had been sold off to luxury developers. Very few of the suggestions we made about the building’s design were heeded (large, flexible floorplans to mimic the successful model of multiple roommates sharing a gallery space/studio, etc…) Nevertheless, I was optimistic. And frankly, I’d rather have air conditioning and a view of The Annex than live in The Annex and look across the street at City Arts’ office-parkitechture.

At first, myself and about a dozen original neighborhood residents moved into the building. I am now (I believe) the only one left from that group. The people who gave up their lofts expecting a nicer, rent-stabilized version of the kind of culture the neighborhood existed because of were told we could not use large common areas to have shows, constantly received noise complaints, and even received a petition for City Arts residents to demand that The Annex be shut down. The problem is that the building was marketed to “the creative class” of the suburbs and Washington DC as an opportunity to move to a “frontier” neighborhood that they could help “improve”… with ample parking! There is more to this story… it’s too long and annoying to type. Anyway, our rent does go up here… quite a bit actually, although it stays below “market rate” (which is a totally arbitrary number determined by those who SUPPLY housing, not those who need it).

I have a lot of opinions (and, contrary to popular belief, FACTS!) about gentrification… and I don’t think they can fit in an article, panel discussion, or facebook post. Most people talk about “saving” Baltimore in the sense of bailing out a sinking ship. I think of preventing erosion. At the risk of straining the aquatic metaphors, how often do we throw the baby out with the bathwater? I love Baltimore, and I wish we more often prioritized preservation (in every sense of the word- architectural, cultural, ecological to name a few) over “development.” I think of the city’s policy of demolishing mostly-vacant blocks, a process that displaces the few residents left behind. In the eyes of the city; the perceived negative impacts of a housing surplus outweighs the potential good those residents could do. Is it more beneficial to wipe away the visible evidence of a class/property system that continues to fail than to change the system? For a city that’s spent the better half of the past century being fucked by late capitalism, we spend an awful lot of time bent over… trying to figure out what lube it would prefer for its hypothetical re-entry.

…Which brings this rambling post to its final point: If there were 5,000 Michael Farleys in Station North, we would probably just spend all day fucking each other and fighting. We would be such a bigger problem for Mike Schecter and Joy Martin than Club Choices and the former North Avenue Motel combined…. and maybe that’s why I’m never “the community” whose needs are met or opinions regarded with merit.