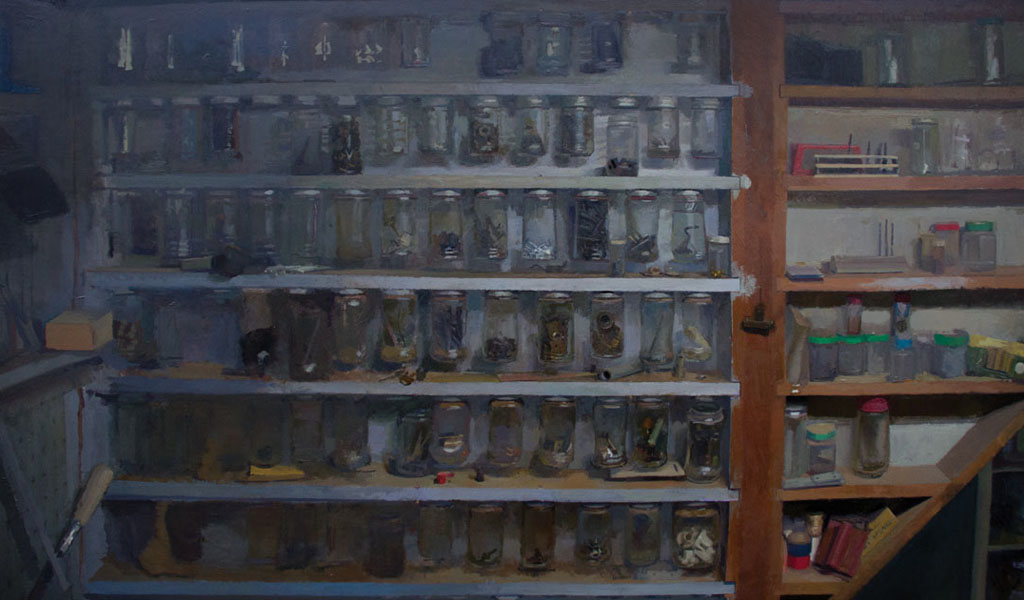 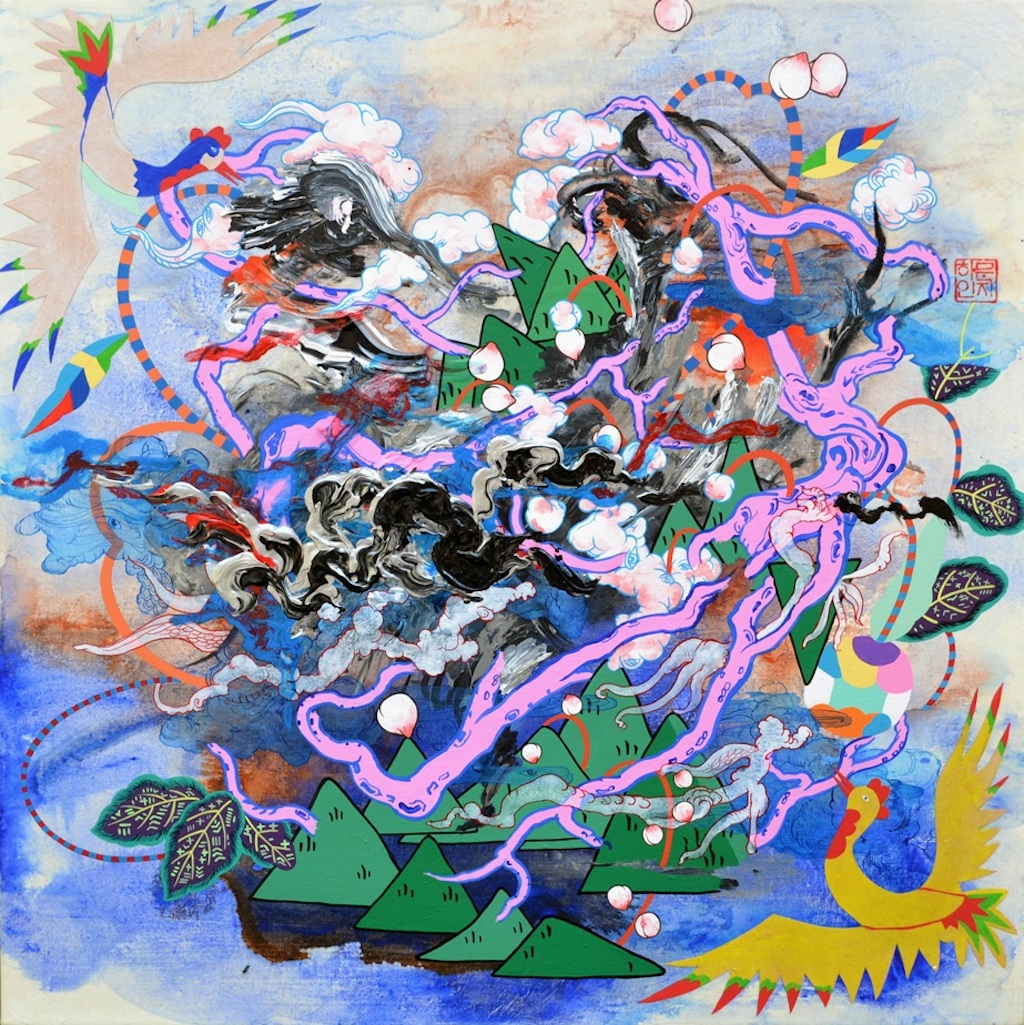 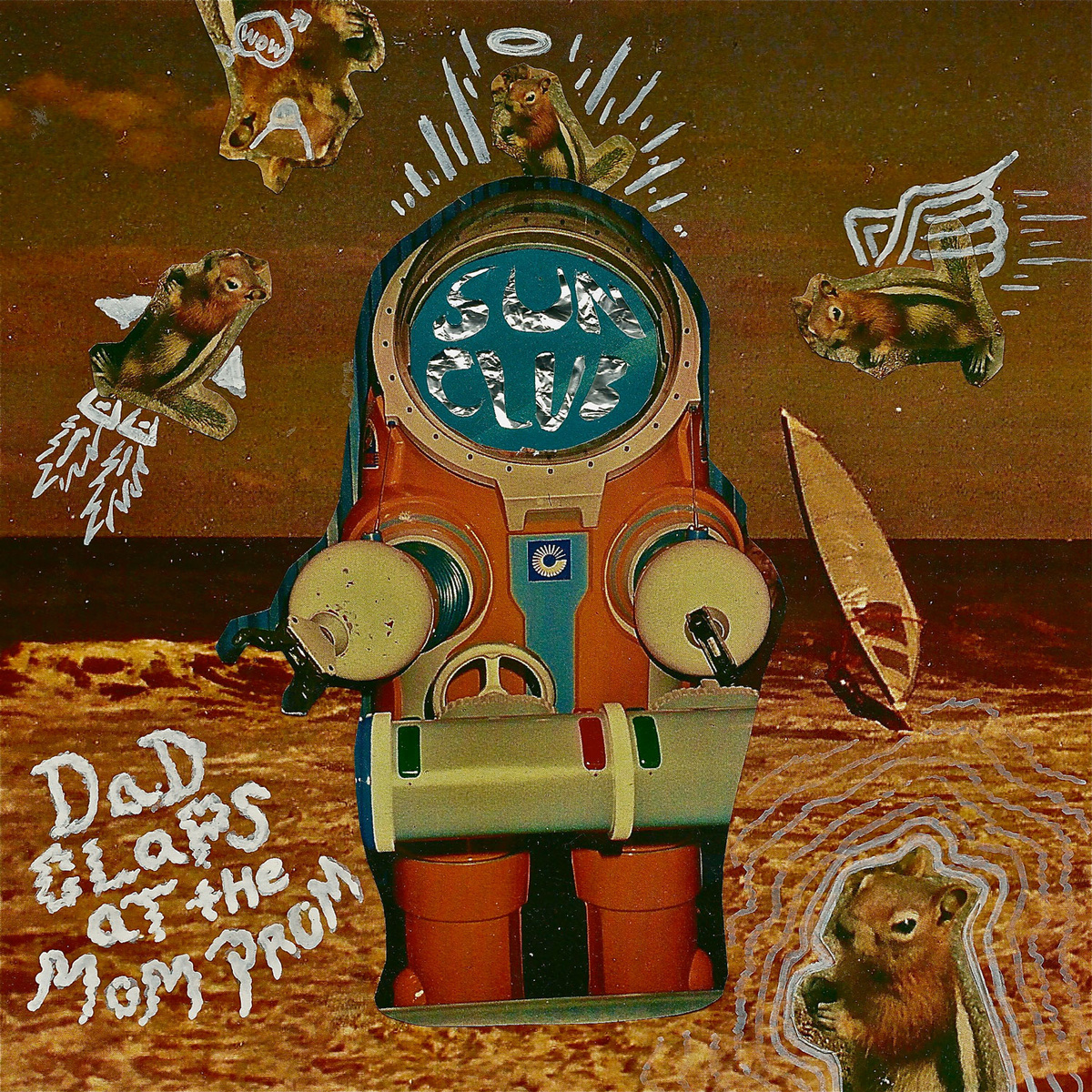 Gold Bar, 1910 North Charles Street right off of North Avenue, is more of a traditional rock n’ roll bar than Station North’s other club counterparts like Club K, The Crown or Windup Space. Last Wednesday, March 5th, Atlantic Thrills, Sal Bando, Sun Club and the Set Up played to a sizable crowd of mostly 20-somethings. I was there to see Sun Club, a band that has gained a reputation around town for an energetic and contagious live set that’ll bring the house down.

Coming off of the EP, Dad Claps at the Mom Prom, which dropped in January, and a show at DC’s 9:30 Club opening for Los Campesinos! followed by a 10-day tour in February, Sun Club is amped to make a college-try at being a full blown touring band – even if half of them can’t legally drink The Gold Bar’s two for one PBR cans.

Their infectious blend of raw, raucous rock n’ roll and Afro pop is a breath of fresh air in Baltimore’s music lexicon, which is often rooted in avant-garde, noise and experimentation. That being said, their sound is still very Baltimore – with nods to the afro-beats of Animal Collective and thumping percussion of Celebration. And right when you think Sun Club is about to hit you with a conventional pop hook, you’re sideswiped with a guttural growl or high-pitched yelp, which they turn into vacillating harmonies

The set was dominated by mostly new, un-released tunes but they did open with the infections, head-banger “Language Juice,” which is one of my favorites.

It was easy to forget these guys are barely out of their teens as their confidence filled every inch of Gold Bar’s intimate space on Wednesday. They bounce around the stage like they own the place, and their electricity carried me on my cold, mile long walk back to Mount Vernon.

Before the show I caught up with guitarist, Shane Justice McCord to discuss popularity, their show at 9:30 Club, and their favorite Baltimore bands.

TD: You guys have gotten a pretty decent amount of buzz over the past year. You were featured in Paste Magazine over the summer. I know the word “popular” is a relative term, but do you feel popular? Do you feel like you’re “successful” when you play shows?

SJM: Oh no, certainly not. In Boston. Only in Boston. Every show we’ve ever had in Boston besides the first two have just been off the hook. We just played a show and there were like 150 people there and last time we played there it was a full house too. I don’t know if anyone is there for us, but we just have the right connections there – we’re playing the right shows.

TD: Why do you think that is?

SJM: I dunno, man, probably because of the colleges. Lots of colleges up there. It’s a big college town.

TD: Is that the age your fans seem to be? College age?

TD: How old are you guys?

TD: So you guys played at 9:30 Club opening for Los Compesinos! How was that?

SJM: Well, Rams Head Live is technically bigger but it’s not like better, you know?

SJM: Yeah everyone is like, “that’s the best venue.” The sound is amazing; the whole room is amazing. Everyone is so nice. We were like, “Hey where’s the closest cheap food place.” And they were like, “Well we have food at the bar over there and we have a buffet for the next hour and after that we will bring you your dinner menus.” And like everything is free. And there was a huge plate of cupcakes and a giant thing of chips and salsa.

TD: Was there a decent crowd?

SJM: Yeah there were probably close to a thousand people by the end?

TD: Were there two bands?

SJM: Yeah just them and us. It was killer. There was probably like six or seven hundred people there when we played.

TD: Are you guys selling records?

SJM: We sell CDs. Usually we make more money selling CDs at the shows than from tickets and cover charges.  The last two tours we went on we made money, so that’s really good. Not a lot of money, but we’re not losing money. We have some saved up for this tour so we’re good on gas unless something goes wrong with the van. But to get back to that question: No, we totally don’t feel popular ever. We still feel lucky to play shows. Sometimes we play a show and say, ‘Holy shit people came out for this!’

TD: You guys have been in a band for a couple years but you’ve known each other for along time right?

TD: Do you all get along?

SJM: Oh yeah. We’re just like siblings with each other at this point.

TD: What’s your favorite venue in here in Baltimore?

TD: Who are some of your favorite bands in Baltimore?

SJM: Baltimore, I love it: Goblin Mold, Dungeon Kids, Us Only and Us Only, Raindeer, Hounds, Deaf Scene, Dead Mellotron. All of them, I love them.

TD: Are you working on anything new?

SJM: We just recorded two demos on our own, kind of like our 7”. We recorded them in my basement.

TD: I know you guys have recorded in both the studio and in your basement. You mentioned that you guys prefer recording yourself and not in a studio, why is that?

SJM: In my basement we can do whatever we want to recordings and don’t have to worry about wasting someone’s time with experimenting. That’s how we found the sound we really wanted to go with for the EP. We recorded a few songs at home and layered them with tons of dinky instruments and it gave this cool vibe, and then mastered them on tape and it was perfect. We can just figure things out and experiment while recording ourselves.

TD: Do you guys co-write the songs together? Do you write independently and then come together to collaborate? What’s the process?

SJM: Usually Mikey and I get together with guitar ideas we both wrote individually. We collaborate the ideas and end up putting all of them into one song and figure out the structure like that. We then bring it to practice and just jam so everyone can write their own parts. And Mikey and I can figure out effects and stuff and what we want to change.

TD: Where does the Afro pop influence come from? Any bands in particular?

SJM: I don’t know if I’d call it Afro pop. I don’t really know what Afro pop is. Definitely pop though. I guess our main influences are The Beach Boys, The Beatles, Animal Collective, and then individual things for everyone. Pop is good though and has energy and we like playing outside. I think most of our influence comes from nonmusical experiences though. Like we’ll write a song and have a feeling that it will remind us of the whole song and that feeling will inspire the structure. We also just kinda write stuff until we find something we like; we’re never trying to recreate a sound or a part we like from another band. We don’t really take a lot of influence from anyone but our friends; we just kind of ended up playing what we play.

TD: You guys are from around Annapolis, but are considered a Baltimore band. How much does the local Baltimore scene influence your work?

SJM: We grew up in between the two cities. However, now whenever we aren’t on tour we are always spending time around Baltimore, we stay there a lot. When we get back from the huge tour we’re on right now, I’m getting a warehouse in the city for the summer. But yeah! Baltimore is incredible with music. It freaks me out how amazing it is. Dungeon Kids used to have house shows and they kinda influenced us to have lots of fun/be really loud. They moved out of the house, but that was something that definitely has an impact on us. And tons of other bands are amazing in the sense that they are super different than normal bands. It gives our music a little differentness I think. We’re not just regular pop music, there’s a bit of weirdness in there and I think that is from Baltimore for sure…haha. Sun Club just left for a month long, nationwide tour, which included stops in Savannah, GA for Savannah Stopover and Austin, TX for SXSW. For tour dates and to purchase their EP, check out sunclub.bandcamp.com.

* Author Taylor DeBoer grew up in the Baltimore area and studied Writing and Sociology at Loyola University Maryland. He is a local writer, music lover, and edits a website that he co-founded, Manikmusic.net.  He is the communications manager for the Robert W. Deutsch Foundation. Follow him on Twitter at TayDeBoer23