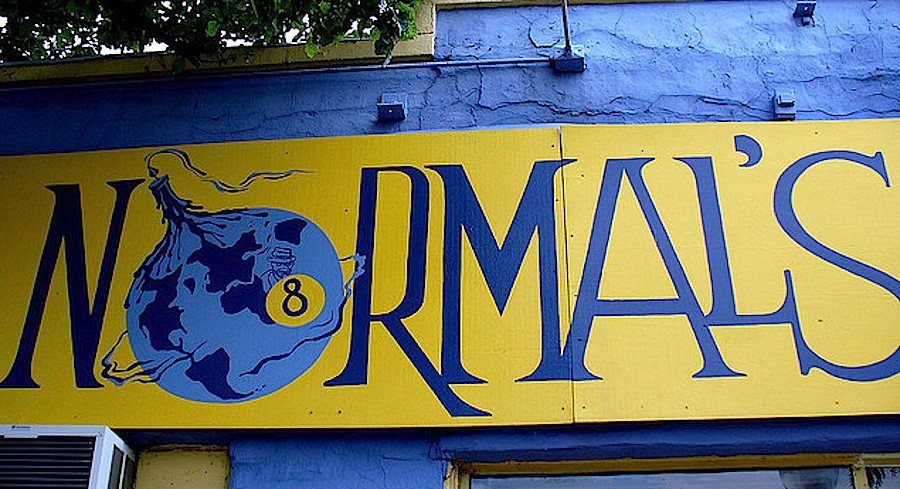 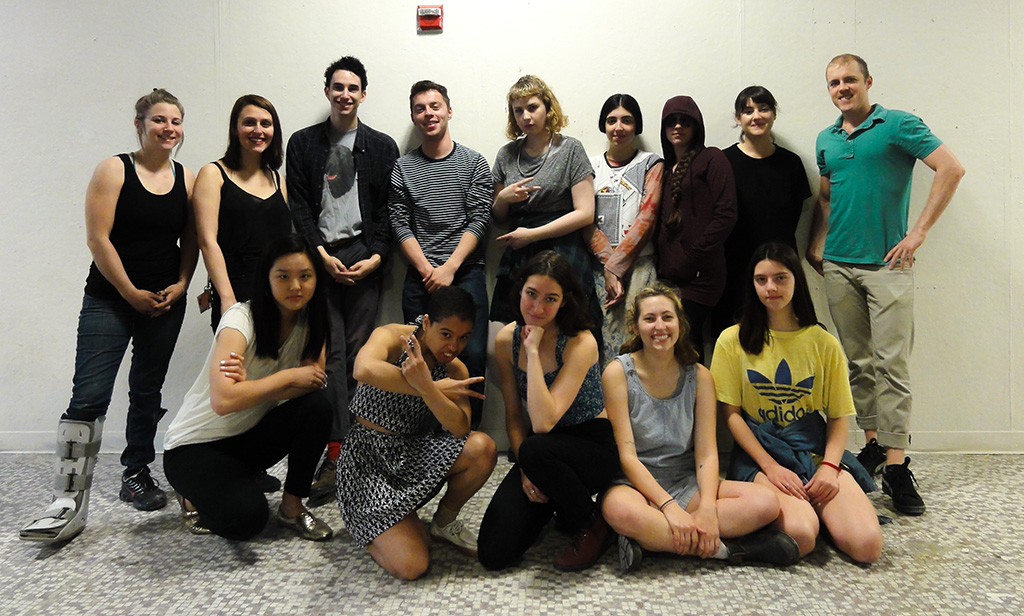 Because He Said So Made It So Our current linear narrative of art history posits a seismic shift in the way we consider and produce art after the most influential artist of the twentieth century, Marcel Duchamp, revealed Fountain in 1917. He purchased a handsome, factory made porcelain urinal, scrawled the rather smutty (in French) “R. Mutt” on it, and repositioned it slightly for display. Marcel christened the work a ‘Readymade.’

The then-progressive Society of Independent Artists promptly rejected Fountain for exhibition claiming it was not art. We now know it was, but few did then, let alone a turning point in how art would be imagined in the future. They only had Duchamp’s claim that it was art to go by. Who cared? Not very many. A few decades later, everyone cared. The important point was not the artifact (which, lets be honest, is rather lame)  but that anything became art if the artist said so. Duchamp was not alone in this breakthrough of course; many of his contemporaries were on the same trail through a variety of actions, manifestos, and mechanisms.

Duchamp’s action shifted the focus of art from physical craft to intellectual interpretation, its conceptualist theory trumping other forms of preceding art due to its context in an increasingly industrialized and rapidly changing world. It marked a serious change, both in art practice and theory. This approach now has a long history that can be tracked and labeled into sub-categories that have recently been given the rather overall diffuse name “New Genres.” It has connections to many past movements and a plethora of practitioners who produce a wide variety of work from the outsider, the hermetic, to the boisterous and narcissistic.

On the evening of May 9, 2014 in the darkened gallery space of the City Arts Gallery in Baltimore’s Station North Art’s District, a bright projection of a clip of the title song from the film version of the Broadway musical Oklahoma lit up one gallery wall as a small clumsy figure danced in an awkward cheesy grace and maybe mumbled out the song—I couldn’t tell the if the beastie made any noise to be honest. Clad in bulky dark red vinyl, that tapered from the bottom and ballooned out then rose upward to a long pointy head, this figure resembled a Nuagahyde Ku Klux Klan hybrid. Images from the film clip reflected off the bumbling figure. The youngish crowd, who watched intently, occasionally laughed in appreciation. The performance by “Little Red Devil” (an alter ego performance persona of artist Chistianna Clark) was repeated ten times to the same clip.

Eventually some visitors lost interest and went away from the main room to socialize but many remained fully engaged and thoughtful.

I admit I was feeling dubious. After all, I have been around the performance art scene for a long time. Though I admit I have never seen a Nuagahyde Klu Klux Klan creature gone hog over a Broadway musical,  prancing. tapping, and with grand broad body gestures. Not wanting to be a curmudgeon, I grabbed some of the many cookies on the refreshment table— “Cookies??? Just how young is this crowd?”—and settled back and soon found I enjoyed the show, my misgivings evaporated as a number of ironic layers concerning identity,  gender, and race politics embodied in the work became apparent. It was goofy, it was subtle, and ultimately it was serious. Especially as the words to the song “Oklahoma”are repeated over and over and reveal themselves in a kind of echo chamber of deconstruction.

Little Red Devil Performance to Oklahoma from Bmoreart on Vimeo.

Next, another live performance by a serious looking DJ began—artist Jake Lazovick. He played a standard electronic set staring intently at his laptop screen in usual intense DJ mode. The screen was projected on the performance wall, but instead of just tweaking sound to rouse the crowd he was playing a simplistic computer numbers game online that had nothing to do with the music—a sly insider joke the crowd got but it needed to be explained to me later. I had not been there for an earlier performer but they too were music based working from a laptop riffing off DJ culture.

Neither performances I saw were nearly as confrontational as much of the performances of my youth had been. Then again, I had the misfortune watching Karen Findley cram canned yams up her butt while railing on in a pained cathartic  feminist diatribe—and without the benefit of cookies to retreat to — but then again those were different times and she did get her point across. AIDs was destroying our community with tragic death after death and no one in power seemed to care The first war in Iraq was waging. Many fewer women were in places of power and the art world reflected this prejudice, resulting in the actions by such dynamic activist performances by groups such as the Guerrilla Girls. The collective thinking was mired in 60’s notions of the confrontational as the main form of protest and was decidedly left wing. Instead the performance works in Nice Package occupied a space more ambiguous and less narrative. They were more indicative of their war weary, post colonial, 9/11 world.

Sitting Down with the Full Box Set The rest of the exhibition, and maybe the heart of the show, was not displayed on the walls but at the front desk. There, fifty identical pizza boxes each silkscreened DIY-style, with the same logo of a flirty emoticon and the cutesy/ naughty words “Nice Package,” sat on a table and the floor. Each box contained 15 works, all multiples, one by each of the participating collaborative artists.

At a purchase price of a mere ten bucks, with a request for twenty bucks if you could swing it, these were a deal. One box was opened for viewing and had a list of who made what and a two table display had all the objects laid out and labeled like precious objects from a museum. Rather than rummage through the contents there, it was more interesting to acquire one, take it home, and open it in the spirit it was intended— as a small gift full of special mysterious missives by a communal group.

The work, all diminutive, included my favorite, a small Ziploc bag titled “Here is my hair.” Created by Caroline Kunka, with a snippet of the artists’ clipped hair, the owner is given the option to clone her in the future. There is sound CD full of scattered blips and repeated noise by Sydney Spann, and a hand printed T-shirt scrawled with text about how puppies learn to walk, a single playing card from a deck titled “Price” contributed by artist Ashley Ferro, “Plot of Land” by Anna Brancaccio which is a hand painted wooden replica of a Minecraft pixel of an ambiguous land, to just name a few. (Listen to the audio for full descriptions)

The objects are all steeped in conceptual, time based, and personal aesthetics and many are playful, heartfelt and poignant. As a body of work, they push the consumer to slow down and more closely consider the subtle meaning of each. They seem to still revel in the idea of object as art and as such are enjoyable to hold or place on display.

The exhibition Nice Package was the culmination of a collaborative effort created by the students attending this year’s ‘Newer Genres’ class at MICA taught by Baltimore artist Graham Coreil-Allen. The final class assignment consisted of this night— the group working as a collaborative deciding on a theme, producing a body of work, and tending to all aspects of presenting a professional exhibition in a gallery environment off campus. A Sort of Jumbled and Actually Indefinable Definition

‘Newer Genres’ is an umbrella form that attempts to coral the latest ideas behind new genres in art in order to analyze it and relay its broad principles, which is especially important to young practitioners and the audience. This includes experimentations in time-based, performance, relational, video/electronic arts, installation, light/space, and locational/spatial practices, and objects that fit within that context. Students were encouraged to develop new methods and sites. It is a form that particularly resonates in our technology-drenched socially fractured time. It is both exclusionary as it is not traditional painting, sculpture, photography, and film etc., yet it is extremely expansive as it includes nearly everything else. The students who created Nice Package got it right. The box o’art is enjoyable on numerous levels; it is by turns cheeky, profound, thoughtful, and ironic. It has a strong affinity to the work created by the ongoing Fluxus movement. Considering the short time the group had to democratically produce a complete exhibition with strong content, their success was obvious.

Are We Not Artists? Yes You Are…. I met ‘Newer Genres’ professor Graham Coreil-Allen at the opening and requested an interview with the artists. We conducted it a few days later in a quiet room at MICA with Bomin Jeon, Chistianna Clark, and Jake Lazovick along with Coreil-Allen. Work is often enhanced when you speak to the artists—this was the case here. They were articulate and expansive about the project. They all said it was transformative.

Many teachers say students are not artists yet, that their work is a product of their teachers influence, and as such is more a collaboration between the teacher as conduit and student as mirror. I have always found this idea problematic. My view is that colleges attempted to change this hierarchy in the sixties with some success, but it seems to have reemerged. Here, this hierarchy was eradicated. Coreil-Allen, who is not that much older than his students but is well established as an artist, added a work of his own to the final box collaboration making them, in the end, all equals. In doing so, he empowered the students to strive in their practice outside of an institutional setting, not only for the class, but in the future during their time as students.

Stick Around, You Are in the Right Place

Baltimore as a city is very welcoming to such work. It has a rich history of eccentric and eclectic new genre art—greater than it does of mainstream gallery art. One of Baltimore’s most acclaimed contemporary cross-genre artists, Laure Drogoul, continues to operate the long running 14 Karat Cabaret, a space dedicated to the new and cutting edge. In addition, there is the annual High Zero Festival which provides a place for the latest avant sound based performance work and draws from an in an international perspective. The biggest and most promising event for Newer Genres is Baltimore’s increasingly well established and expanding Transmodern Festival, along with all its peripheral presentations.

There are other year round opportunities as well, and if a place doesn’t exist, no matter, this work can be fashioned to exist anywhere or to any particular audience—indeed, there can be no audience at all. There are already a plethora of artists in Baltimore successfully working in this vein. I assume many of the artists from Nice Package will find their way into these spaces as well as those of their own making and if they do, they will find a welcoming audience. They certainly proved themselves capable with this well executed project.