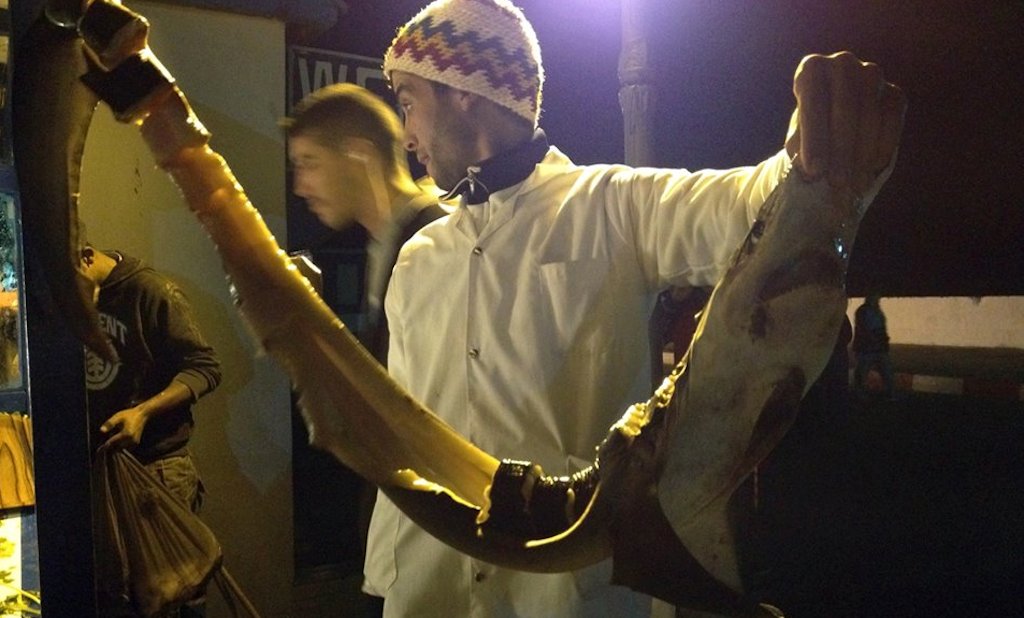 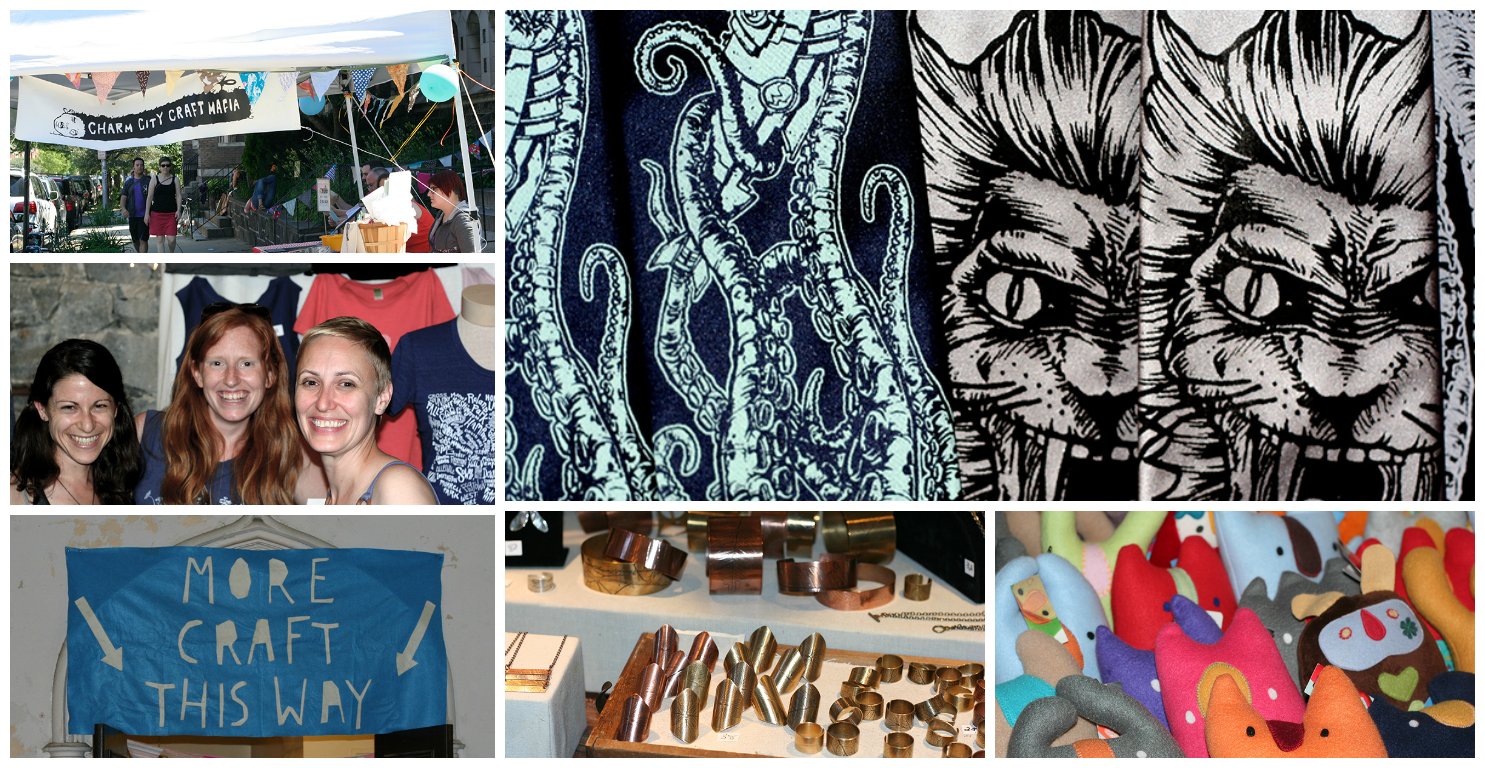 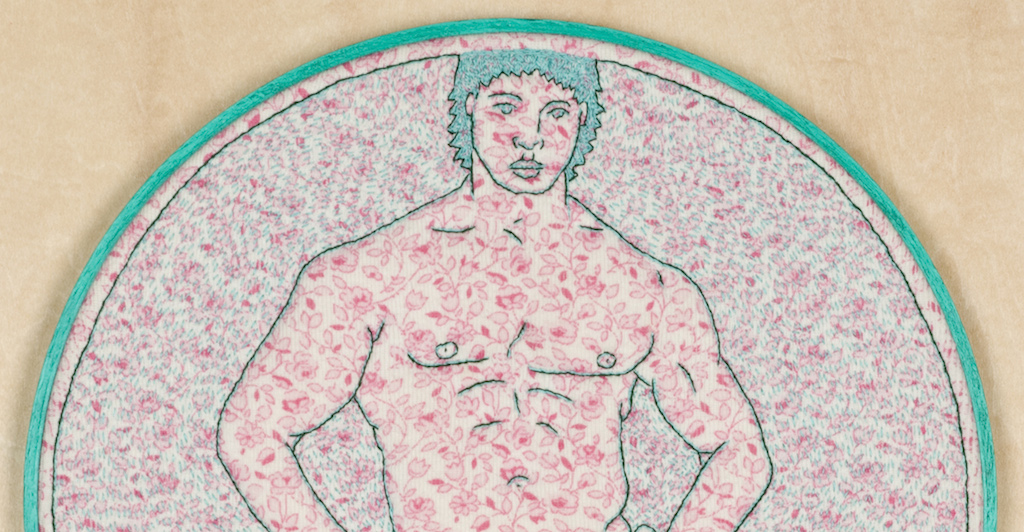 A problem I find with many group shows is that the connections to the stated theme are thin at best, and at worst, the work distracts and confuses the viewers.  However, Curator Eames Armstrong has been considering this idea since her childhood and it shows.

“Softer, Softest” brings together ten visual artists and four performing artists at Delicious Spectacle’s part time home/part time pop up gallery.  The premise of the show comes from a mix of Armstrong’s childhood introduction to Claes Oldenburg’s soft sculptures, as well as her time spent Internet digging through the social media tag “Soft,” and an obsession with Courtney Love’s lyric “I’ve got a blister from touching everything I see” from her song Softer Softest.

It sounds like a weird mix, like when a bartender justifies putting lavender and jalapeños in your bourbon, but it works. Oldenburg’s soft sculptures are the launching point, both masculine and aggressive like the ubiquitous stereotype of the gruff sculptor, yet also soft and welcoming like a couch you nap on. Mix that with the overactive social media tag, “soft,” that is used to label anything from the slower side of Heavy Metal Music to a derogatory term for a guy who’s not tough, and it’s both welcoming and undermining. Including the literal layer of meaning, as in the physically tactile, or the lack thereof that Love sings about, results in a cohesive premise to connect and guide the viewer to the work in the exhibition.

Delicious Spectacle, which doubles as an experimental gallery and a group house in Columbia Heights, a neighborhood in central Washington, D.C., is a perfect location for this show. This DC pop-up gallery was created by artists Victoria Greising, Megan Mueller, Dan Perkins, Camden Place, and Sam Scharf to give artists and curators opportunities to foster community around experimental ideas.  Armstrong achieves that by setting up a contemporaneous context for the viewer to experience Softer, Softest and interconnecting the work with the variant forms of what soft can mean. As with Paradiso’s, Jane Claire Remick’s work The Aesthetics of Neutrality is more transgressive than it first appears.  Presented as a slideshow on a laptop, scrolls through stock photo images of women sitting on couches, pleasant, pensive and passive. Their faces and skin are faded and photoshopped out, obscuring their subjectivity. The images are soft and quiet and at first seem like a play on the role of stock photography in our culture, but as the images scroll, you start to question the tags that the photographers attached to the submitted images. The race and age of the women become ambiguous, and the dozens of keywords and tags assigned to each one answer questions about their roles.

These women are there for any reason you want to imagine.  This turns the experience for the viewer from passive to dystopic. They start to wonder what aren’t those women there for? Stock photography exists as a shortcut for marketing and advertising. But here the images exacerbate the obscured subjectivity of the photos and begin to reflect what’s wrong with stock photography. It’s creepy, misogynistic, and racially insensitive. Remick’s work asks the viewers if it is OK to tag a woman as Asian, Traditional, Chinese and Indian all at the same time? Is it OK to just put these tags on these photos, and let them be used for anything? Is it OK to allow racial and cultural identity to be sold for seven dollars? Remick’s take on the idea is sharp and witty, just barely hidden behind her imagery. Cory Oberndorfer continues his deluge of all things sickly sweet by once again tugging on the viewers’ food based nostalgia.  This time, instead of popsicles and lollipops, it’s a nod to the 1960’s junk food breakfast innovation: Pop Tarts. Oberndorfer’s soft sculpture immediately brings to mind a time when parents were looking for shortcuts and kids were looking for sugar.  It’s playful and soft, yet physically heavy in relation to the other works.  There are obvious humorous Rothko and Oldenburg references, but the viewer is more likely to respond through memories of burning fingers on junk food grabbed out of the toaster and eaten on the way to school. Much of Oberndorfer’s work is cleaver and easy like grabbing a Pop Tart instead of making breakfast. He continues to finds ways to stir nostalgic childhood memories—most of which are far more pleasant than the real thing. He encourages the viewer to dwell on these memories, and then to realize that those memories are idealized and hazy. Similarly to Obendorfer’s PopTart, Matt Holis’ Self-Aware, is also hung on the wall, but straddles the line between a paintless painting and a record of the laborious task of sewing thousands of fake flower petals into a coherent composition of sculptural form and color. At a distance, it is seen as a whole and appreciated as a painting, but it also entices the viewer to come closer for a very different experience. Up close the viewer is free to investigate the process and materials. Fake flowers, a cheap alternative to the real thing, are pleasant enough while seen at a distance, but up close they are a disappointing shortcut for decorating. Holis attacks this notion by reversing the standard. Self-Aware becomes more interesting when viewed up close due to the struggle between the weight of the labor vs. the beauty of the “painting;” both are considerable and well done. Ronia Hassan’s work, Dream Catcher, presents a series of tiny hand sewn dresses make the viewer consider the process and dexterity needed to create them. Dozens of dresses are sewn to painted frames flowing off painted stark and leafless trees. They’re delicate and feminine, yet also are empty, evocative of skeletons, possibly abandoned, and quietly waiting to be found. Closer investigation shows the stainless steel wire frames replaces some of the dreaminess with a rigid shininess. Hassan’s dresses are best viewed as a whole rather than individually, to allow you to be encompassed by them. Are they referencing the warm body the dresses once held, or the emptiness that’s left when the body is gone?

Squeezing ten artists into a row house living room and dining room isn’t easy. Armstrong makes it flow effortlessly here. It’s a provocative, well-curated exhibition, in a row house that continues to impress with its ongoing series of shows. During a recent conversation, we concluded that when you see a well-curated exhibition, you don’t consider that a curator even participated, because the work so well defines the experience. An excellent curator brings more to the table than any of the artists could do on their own.

* Author Michael Dax Iacovone is a DC based artist who works in photo, video, maps and installation.