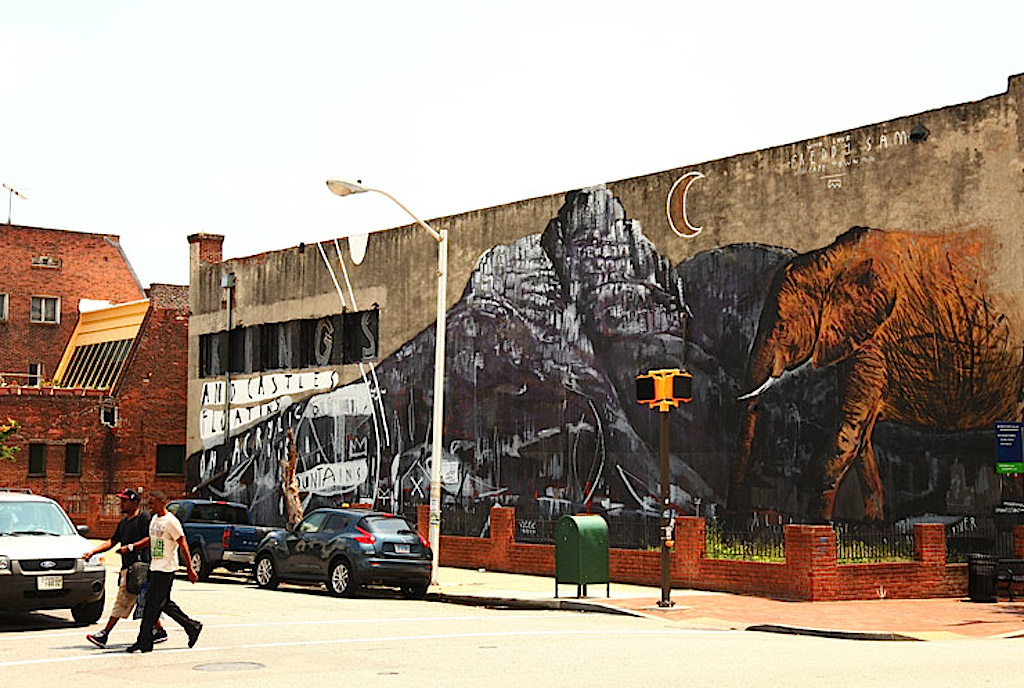 Just Going into the Street is a Start 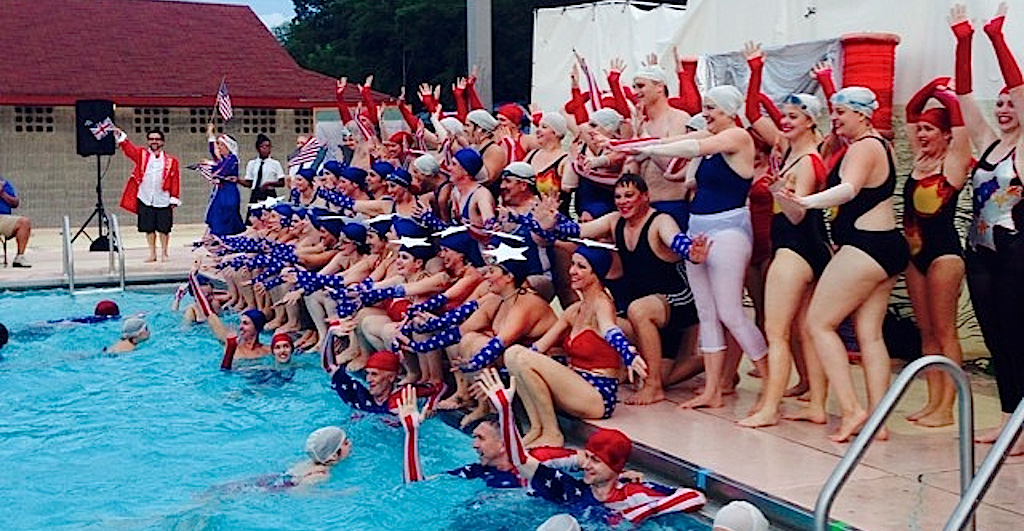 Sit in on the action, with the Inmates of Charenton Asylum! Be a part of the show by donning a hospital gown and being led through the show as an company player in the show the City Paper calls a “superb performance” and the The Baltimore Sun “a no-holds-barred” “vibrantly directed” production.

With the purchase of this ticket you’ll be given an onstage, floor level spot to see the play and you’ll be guided by the play’s Co-director and Stage Manager through the action. You’ll also receive a signed program, show poster, and invitation to drinks with the cast after the show.

There will be a short orientation at 7pm before the show and you’ll be invited to join the cast to warmup and get into character before the doors open to the other patrons.

“Participate in interactive art piece. This header is from last year. Do you see your mark?”
Jessica Damen will discuss her work at 7pm. Refreshments, FREE, Parking right outside the door.
MAXgallery
126 N Madeira St, Baltimore, Maryland 21231 Taught by the talented yogi Corey Reidy from Charm City Yoga, this weekly class will offer the perfect way to unwind! BYOM (Bring Your Own Mat). Any skill level is welcome! Ever wonder what makes Federal Hill so… Federal? Or why the flag at Fort McHenry has 15 stripes? Or what 80 people in the same pool swimming to the 1812 Overture looks like? Good! Because Fluid Movement wants to take you to summer school with “Star-Spangled Swimmer!: A War of 1812 Water Ballet.” Using our patented immersive technique, we will transport you back to a time when the colonies were newborns, Baltimore had dozens of independent newspapers, and it rained militiamen. Come to “Star-Spangled Swimmer!: A War of 1812 Water Ballet,” a magical place where learning is fun and history comes alive — with flotation devices & glitter!
Performance Dates:
Patterson Park Pool
August 2, 7 & 9 pm (special nighttime show!)
August 3, 5 & 7pm
Tickets are $10 (except for the special $5 July 26 show) and are available at the door or www.brownpapertickets.com. See www.fluidmovement.org for more info. Amex Contemporary is pleased to bring you REAL TREE, a show of recent work of Lexie Mountain.

Alexandra “Lexie Mountain” Macchi is a published artist, musician, curator, performer, writer and comedian living in Baltimore, MD. She received her BA at Emerson College, Boston MA, and her MFA at the University of Maryland, Baltimore County. She has lectured, exhibited, and performed across the globe.

Lexie’s Work explores the materiality of digital media, the representation of women and the symbolic content of the subconscious through print, video, installation and performance. Her interest in control, erasure, and regions of identity generated a series of live, daily, all-female human pyramid formation performances in the BMA Sculpture Gardens and, in a separate project, a video that became a print response to Manet’s Dejeuner sur L’herbe. Improvisation, intervention, mirroring and experimentation inform her practice.

Present works for video include re-enactments of Andrew Wyeth’s 1948 Christina’s World. Macchi traveled to Cushing, Maine in order to visit the Olson House depicted in Christina’s World. There, she was able to perform in Christina Olson’s landscape as it exists today. She is also documented searching for the painting at the Museum of Modern Art and performing in front of the work itself. Fainting Couch is readymade sculpture: a reclaimed, repainted fainting couch. Fainting Couch was included in Macchi’s installation Wish You Were Here, using items left behind in a vacant commercial property to reconfigure the space and reinvestigate the narrative of the building’s function in the neighborhood. The installation was part of a series of Pop-Up Galleries she is curating as part of her Graduate Research Assistantship in the Center for Art Design and Visual Culture, in conjunction with Baltimore City’s Highlandtown Arts District.