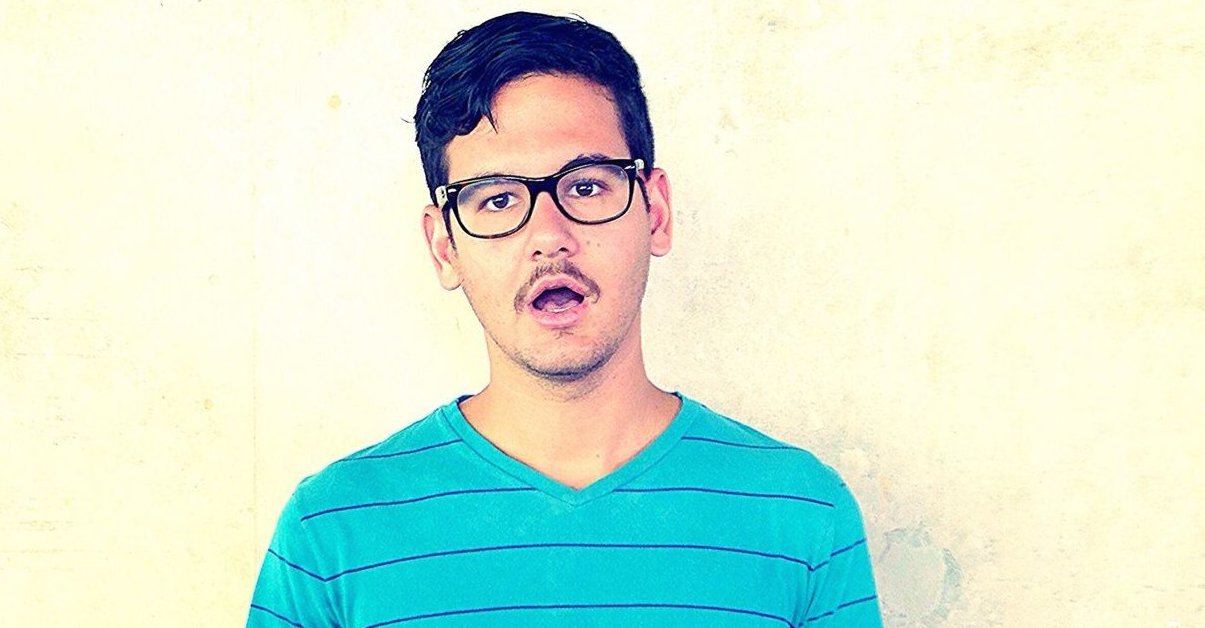 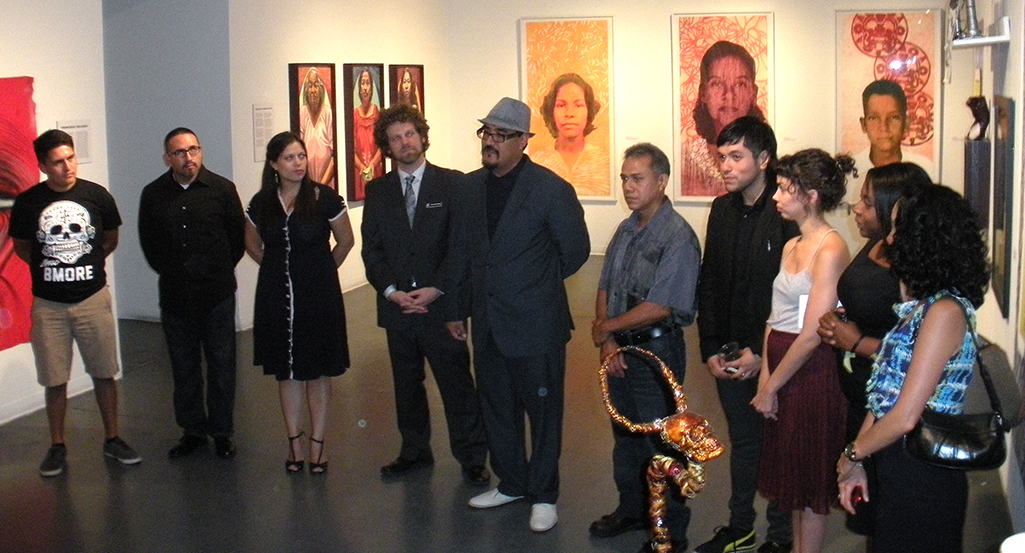 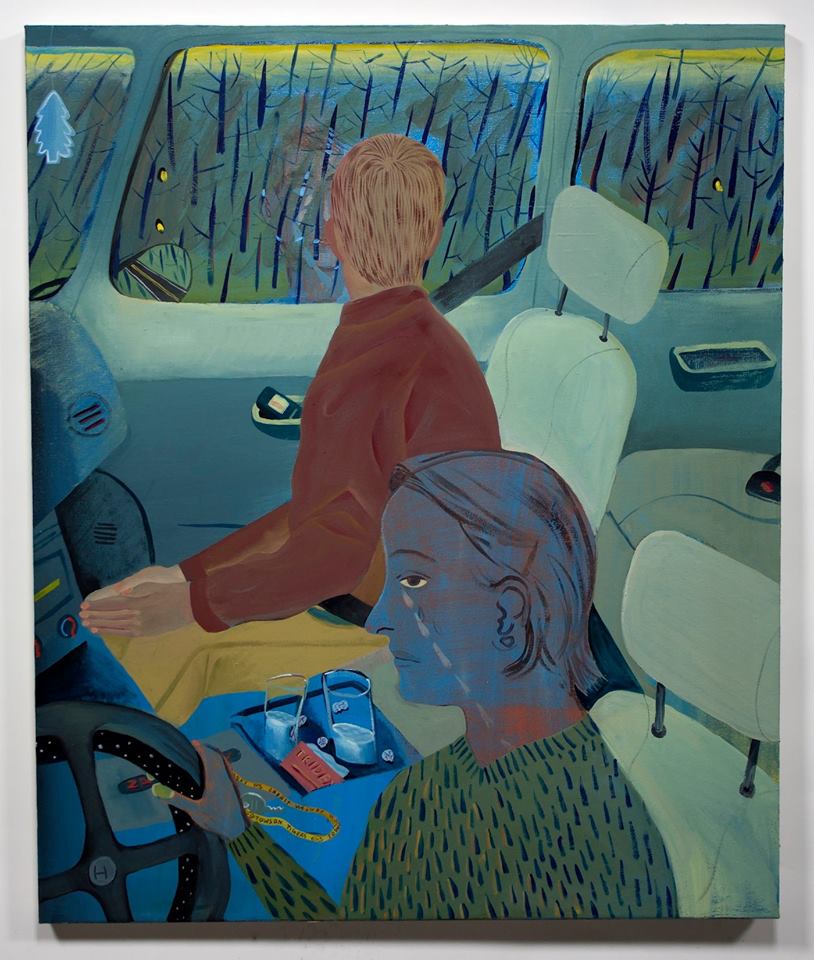 Through icons, images, and artifacts, Treviño explores his own identity as an under-represented minority in a post-Warhol society. The role of celebrity, the weight of history, and the waning influence of religious artifacts are all fair game for his contemplative subject matter.

Although the newly discovered planet Kepler-186f is in the title of the exhibition, Treviño says that he is using this more as a metaphor: “A blank slate for new ideas and ideologies…a place where we might get things right this time…even as I’m fully aware that westward expansion is problematic and that it is 500 light years away anyway, so in some ways the point is moot.”

He added, “Throughout my work are themes of identity; I am interested in challenging traditional ideas of race and sexual orientation. I feel compelled to make thoughtful and beautiful work that confronts societal assumptions and gives new insight into our human experience. Wrapped up in this conversation will be historic flags, primarily of the United States, but also places were homosexuality is illegal and punishable by law, like Russia, Iran and Nigeria.”

Treviño earned a Master of Fine Arts degree from MICA’s Mount Royal School of Art and has exhibited in group exhibitions across the United States, as well as in solo exhibitions at C. Grimaldis Gallery, Creative Alliance and School 33 Art Center in Baltimore. Currently exhibitions coordinator at School 33, Baltimore City Paper named him the “Best Local Artist” in 2006. He was a finalist for the Sondheim Prize in 2006 and a semi-finalist 2007, and received both the Trawick Prize and a Creative Baltimore Fund Artist Grant in 2009.

For more information about the artist, please visit http://renetrevino.net/. For information and to confirm gallery hours, please call 410-857-2595. “In the summer of 2008, I was fortunate enough to spend six weeks in the extreme light, heat and space of Joshua Tree, California, completing an artist’s residency. My time out west profoundly changed the trajectory of my work and my life. It was in Joshua Tree that I first started to explore the process-based possibilities of acrylic paint. In Shifting Ground the gradual emergence of my current painting method* can be traced back to my efforts in the Mojave Desert—an ongoing practice fueled by a physical engagement with the medium and a formalistic approach to painting. This exhibition features a broad selection of work ranging from paintings made at the residency in 2008 to my most recent work from 2014.”

Accompanying the exhibition is a 16-page catalog featuring an original essay, “Paint Awash on a Shifting Ground,” by Doreen Bolger, director of the Baltimore Museum of Art, excerpted below:

“Despite the seeming spontaneity of Minah’s work, there is incredible control, with the movement of his body in relation to the canvas determining the outcome. In an odd way, this action becomes the antithesis of Pollock’s own painterly gestures, which directed the paint to a stationary ground before or below him. Pollock moved the pigment; Minah moves the ground.”

Printed copies of the catalog will be available at the reception. An electronic version of catalog can be found here.

More information and RSVP at the Facebook Event Page It’s FREE TO PLAY and every round features a prize from a great local business (see below), and some extra goodies, too!

To top it off DJ King Gilbert will provide the bingo background mood music all night.

Plus additional prizes and other goodies from Union Craft Brewing all night // unioncraftbrewing.com

A monthly evening of simultaneous openings and events spanning the many arts spaces of East Oliver Street in The Station North Arts and Entertainment District. A Night of Satie, performed by Josh Nukem: 3 Gymnopédies & 3 Gnossiennes

Several decades after Erik Satie’s death, furniture music was revived, largely due to the American composer John Cage, as the composer’s theory of minimalist background music.

These and other related ideas were picked up by several composers of the neo-Classical/20th Century school of music, accentuating atmosphere and texture over traditional form and movement.

The minimalist references and anachronisms were not solidified until composer John Cage performed Satie’s “hidden” piece Vexations 840 times as requested by Satie’s own scribbled notes on the original sheet music.

Josh Nukem will perform Satie as a continuation of ambient music being played or produced out of context: not as a centerpiece but as a cerebral backdrop. Following the demonstration, A screening of the 1980s cult classic film Heavy Metal Parking Lot will screen at 8pm.

Hitting its 25th anniversary this year, Heavy Metal Parking Lot documents the exploits of fans tailgating before a 1986 Judas Priest concert at the now-demolished Capitol Centre in Landover, Maryland. A bootlegged VHS of the film was favorite viewing on Nirvana’s tour bus as the collection of outrageous interviews gained notoriety.

“One of the greatest rock movies ever.” – Cameron Crowe Love Tap is a series of work from three young painters, Louis Fratino, Michael Uckotter, and Win Shanoksprasith. Though varying in degrees of mess and method, all the paintings deal with humor and sincerity. Referencing cartoon and contemporary illustration, these paintings offer a sober perspective through googly eyes. Questioning where absurdity ends and reality begins, these paintings explore the funny parts of solemnity.

Win Shanokprasith was born and raised in Nonthaburi, a provincial suburb just a tiny little bit outside of Bangkok, Thailand. He grew up on watching Thai-dubbed Star Wars and playing soccer with stray dogs every other summer in Sakon Nakhon near the Thai-Laotian border. Now Win is studying painting at the Maryland Institute College of Art where he spends most of his time being a serious guy pushing paints around on the canvas.

Louis Fratino was born in 1993 and raised in Tracy’s Landing, Maryland. Louis will graduate from the Maryland Institute College of Art in May 2015 in Painting. His favorite color is mustard and likes to swim outdoors.

Michael Uckotter was born in Cincinnati, Ohio. He is currently studying painting at the Maryland Institute College of Art.

Joanna Fields is an artist and clown enthusiast from Cleveland, Ohio. She graduated from RISD with a degree in textile design. Her favorite kind of glitter is the holographic kind. When she is not making pictures, Joanna enjoys hanging out at 99 cent stores. She currently resides in Brooklyn with her cat, Crackers, and her sticker collection.