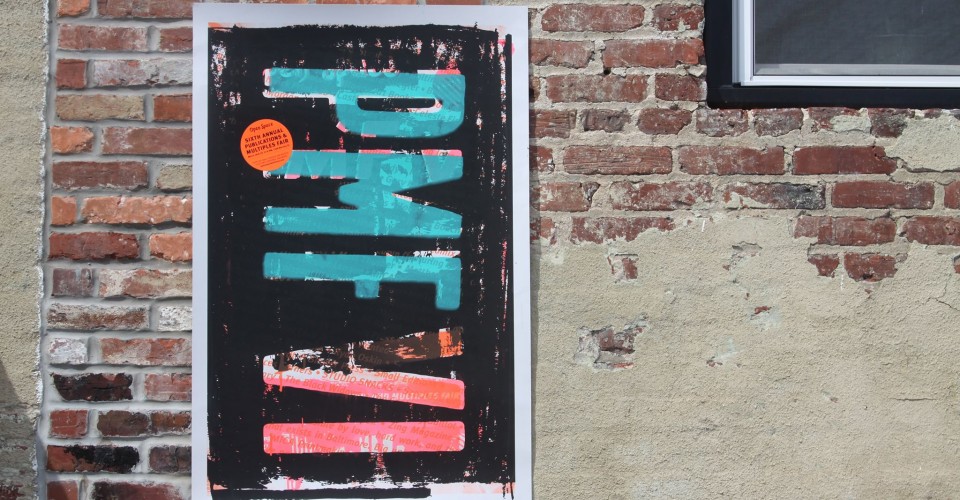 I realize that with the holiday coming up that I’m going to see you soon but I recently had the most dreadful theater experience and I simply had to write. I made the mistake of heading downtown to the Annex Theater to see something called Oh Dad, Poor Dad, Mamma’s Hung You in the Closet and I’m Feelin’ So Sad: A Pseudoclassical Tragifarce in a Bastard French Tradition. With title like that I expected an evening of delightful buffoonery and rapier wit. I couldn’t have been more misled. Oh Dad occupies itself with a harlot, a murder, and a corpse. That in and of itself isn’t that unbecoming—such things happen in the Hamptons, too, ha ha ha—but this play, I can barely dictate the words. It spends its roughly 90-minutes depicting a caring, nurturing, just-trying-to-do-the-best-she-can mother as a psychologically tormenting terror on all mankind—and I do mean man. I can’t believe they let young people do such things on stage.

The plot, if you dare call it that, concerns the recently widowed Madame Rosepettle (Sarah Heiderman), who is coping with her loss by holidaying with her son, Jonathan (Martin Kasey), an avid bibliophile, numismatic, and philatelist. The play opens with this dear pair arriving at the Port Royale, a resort hotel in the Caribbean, and immediately makes Madame Rosepettle a virago. (At least they had the decency to dress her in a respectful, well-tailored ensemble of skirt, blouse, hat, and heels.) She torments the four bellhops (Kathy Carson, Martin Kasey, Rjyan Kidwell, and Allyson Washington) with a flurry of instructions. Do this. Do that. The bags have to go here. Use this drapery to block out the windows in the bedroom. The pet piranha has to go on that side table. The Venus flytraps have to be placed just so by the balcony. And, oh yes, her luggage includes her late husband’s preserved corpse in a coffin. She obviously can’t part with him yet, and the play suggests this is some kind of pathological behavior.

I mean, you can tell the intensity of her grief by the fact that she keeps calling her son Albert, Robinson, and Edward—her late husband’s names. And Jonathan understands his mother’s situation, answering to whatever she calls him. He’s a nervous Nellie of a young thing, all stammers and jittery anxiety. No wonder she locks him in the room, allowing him to tend to his book, coin, and stamp collections and take care of the pet fish and the Venus flytraps. Better safe inside instead of wandering alone out there in the cold, cruel world.

She tries to console herself by dining with the Commodore Roseabove (Mr. Kidwell again), the owner of the biggest yacht in the harbor, to dinner but she quickly realizes he’s only interested in one thing, and it isn’t understanding her complexities. Jonathan is also duly chased, through no fault of his own. Madame Rosepettle kindly invites local babysitter Rosalie (Ms. Washington) to spend some time with Jonathan in his room, thinking he might benefit from some companionship. But it turns out this watcher of children is also the town strumpet, inevitably forcing Jonathan to deal with her in a manner unbecoming of his stature in life. And throughout the whole production the audience is laughing as if they’re not merely entertained, but enjoying it.

Right after I got home from this production and had two French 75s made for me I emailed Piper to find out more about this horrid excuse for comedy. Of course it took her days to get back to me because they were on holiday in St. Barts and then she had the gall to say she was too busy. I reminded her that Carmelita takes care of the twins and if she didn’t want me to pester her with such things then she should have just gone to Bryn Mawr instead of begging to be sent to Tisch.

When she finally deigned to reply I learned this play was the debut of two-time Pulitzer-prize finalist Arthur Kopit in 1962, in a production directed by Jerome Robbins of all people (this is no Gypsy). At the time it was loosely associated with American playwrights responding to those Theater of the Absurd and Theater of Revolt “movements” that supposedly sprang up during the late 1950s and the 1960s following French examples such as Waiting for Godot and The Bald Soprano. (I’m just repeating what Piper sent me, mind you.) That would put Oh Dad in league with things such as Edward Albee’s The American Dream and Jack Gelber’s The Connection, plays ostensibly poking holes in the fabric of America in various ways, as if outlandish humor trafficking in clichés were any medium for criticism.

I think this play is one diabolical attack on motherhood. Seriously, Bentley, it’s not like 20th-century American theater has been kind to the women who bring men into this world. O’Neill did mothers no favors in Mourning Becomes Electra or Long Day’s Journey into Night; there was no love lost between Tennessee Williams and his aggressive mother figures. And it’s not just plays— Mommie Dearest, Mildred Pierce, Charlotte haze in Lolita, Sophie Portnoy, The Manchurian Candidate, Carrie, I could go on. That charlatan Philip Wylie went so far as to coin the phrase momism, as if a mother could be too motherly. Two great women even put together a book about this observation: “Bad” Mothers: The Politics of Blame in Twentieth-Century America.

Your sister tried to convince me that maybe the play was intentionally so skewed, aiming to upend the tired tropes upon which so many familiar American fictions are built to skewer all the assumptions of the America. Maybe, she told me, Kopit isn’t attacking mothers but making light of absurd and naturalistic dramatic forms. Mocking existentialism and so-called psychoanalytic realism. Maybe it’s trying to show the unsteady ground upon which rest many 20th-century classics that passively reinforce American exceptionalism.

I don’t know. If the play were so intellectually inclined, I think I, of all people, would be able to recognize that. And wouldn’t the director, Mason Ross, make that more obvious to me? Instead, he stages this production like a wild rumpus of unbridled glee. How could he think any compelling satire of this country’s narratives be made with such cartoonish characters? Ross is like P.T. Barnum storming the beaches of Normandy with inmates from the clown academy and they arrived via The Love Boat—oh, you know what I mean. (Would you please get me another drink—no, no, don’t include that in the letter. Just write down what I say.) Where was I? Oh yes. At least Ms. Heiderman took her role seriously. She’s got great diction, clearly enunciates her lines, and knows that a sharp rise in speaking volume can make the help better understand what she wants. I thought she was accidentally mocking Auntie Mame with her strident performance until Piper pointed out that Rosalind Russell starred as Madam Rosepettle in the little seen 1967 movie version of the play. Mr. Kidwell seemed to be channeling Ricardo Montalbán as the Commodore, which momentarily held my interest. But then the performance started becoming more and more Wrath of Khan instead of Fantasy Island, and I lost interest. And the set—oh, the set. It’s an explosion of colors and curves and exaggerated, whackadoodle props. It looks designed by children on drugs who seemingly worked only with colors found on a Candy Land board. Pastels before Easter.

I almost want to take you to see it when you’re in town just so you can see for yourself how despicable the whole thing is. By the way, are you bringing that young lady from Dallas with you again? Do know that I of all people understand the distractions of spending time with those people from the Western states, but you will need to start thinking about your future soon. And there’s nothing more tragically unbecoming than a Texan mistakenly assuming that a private college education alone imparts culture and sophistication.

Anyway, I look forward to your impending return home. Oh Dad, Poor Dad, Mamma’s Hung You in the Closet and I’m Feelin’ So Sad: A Pseudoclassical Tragifarce in a Bastard French Tradition runs through April 12 at the Annex Theater. Tickets.