Living Hell and Redemption at The Maryland Film Festival 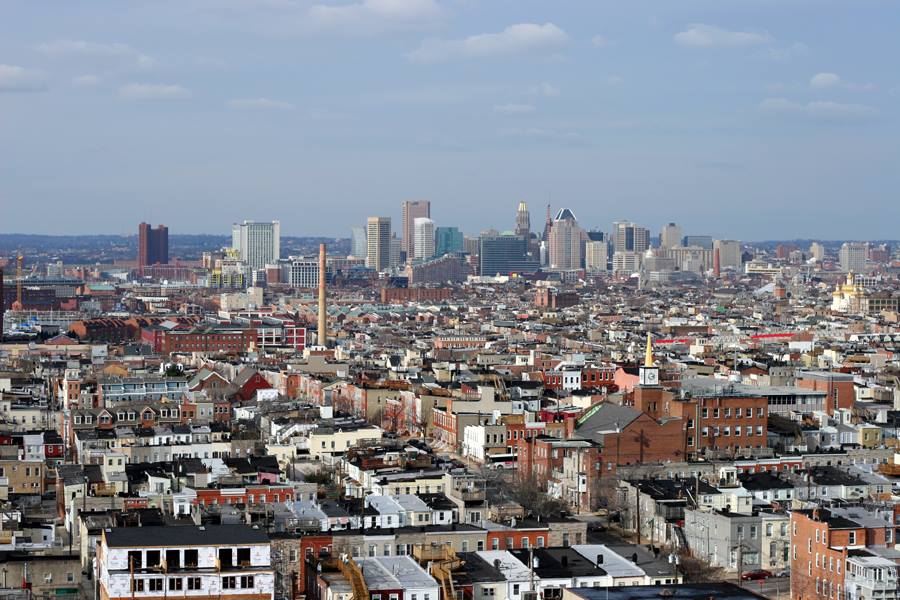 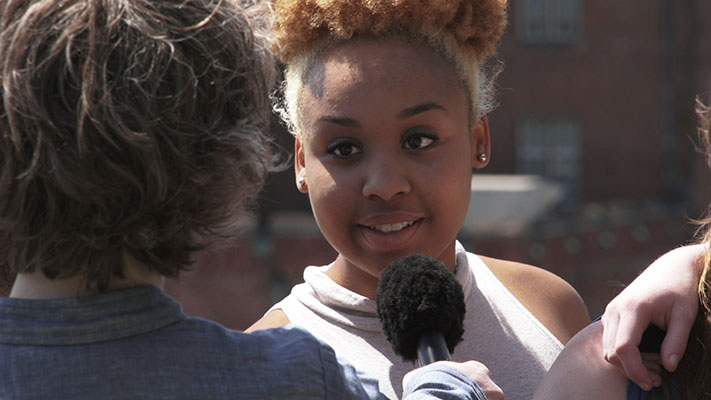 Film
Living Hell and Redemption at The Maryland Film Festival 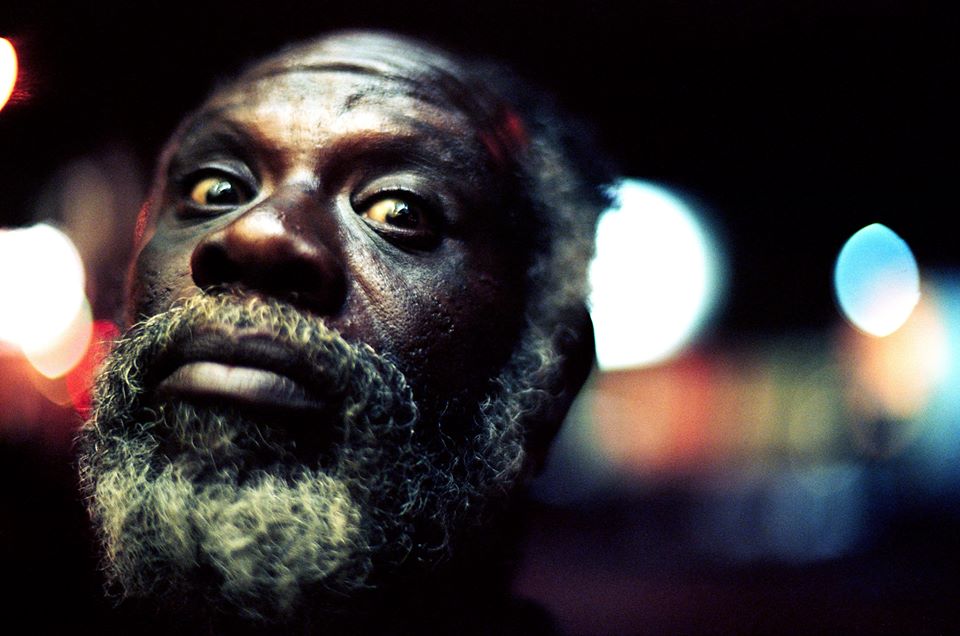 Lex and 125th, meet Mariupol, Ukraine. Field Niggas, meet Crocodile Gennadiy. I’m not sure whether that association was random or pre-ordained, but, thanks to the Maryland Film Festival, these two regions seemed to reach cross the Atlantic and wind up at the same place: the dark drug infested 21st century, inhabited by cheap highs, broken dreams, and post-mortem economies.

There’s a point in the Steve Hoover-directed Crocodile Gennadiy where the eponymous hero – pastor Gennadiy Mokhnenko — recalls the moment he found his vocation. As a fireman, during his years of service in the Soviet Army, he had the opportunity to remove somebody from the roof of a burning building. “I’d saved a life,” he tells Hoover, and there’s the quiver of an Anonymous Alcoholic remembering his first drink. This occurs midway through this often crushing tale, but by then we have learned how intense that rush was. The desire to pull people out of burning buildings – real and metaphorical — is what drives him into the circles of hell of the Ukrainian drug underground. There, largely by force of personality, he managed to create the Pilgrim Republic, a rehab facility for child addicts whom he pulls out of the streets (and, literally, the sewers) of Mariopul.

The documentary bears Gennadiy’s name, but the city where the pastor works is transformed into a force of nature. Post-Soviet Mariupol, a Baltimore-sized shipping town, shares much with Charm City (or with Pittsburg, Steve Hoover’s hometown): post-industrial decline, widespread poverty, and a booming drug trade – all being looked over by the transformer-sized cranes on the port city. Director Steve Hoover’s camera absorbs itself into this pit of post-Soviet hell: the moments of beauty include long shots of an ecstatically drab skyline, and crumbling Soviet-era housing projects, littered with monuments to Marx and Lenin. And there are a number of shots of the moon, which, in the process of this documentary, starts looking like an increasingly appealing destination.

We head deeper into the pit, through a combination of grainy video footage – much of it taken from the earlier years of the Pilgrim Republic — and Hoover’s own camera. We head into the drug nests and sewers of Mariupol, where a pharmaceutical black market has found a customer base in teenagers and even five or six year olds. Brace yourself for photos of children with swollen faces and needle-pocked arms and legs – the cocktail of alcohol and cough syrup is one popular mix — as Gennadiy herds them into the Pilgrim. In this documentary, he dominates the screen, rescuing kids out from under trucks or drug dens, and shaming political leaders who do nothing. One question that seems to fascinate the director: in this exquisitely drab and hopeless ruin, how is Gennady thriving? A tough guy, charismatic, and religious, he looks good. He doesn’t get deeply deconstructed. His orphanage/rehab center fills up with boys and girls; he gives an extended speech in front of a crowd of women prisoners; there are clips of him on talk shows and in the political arena. There are a few criticisms delivered in his direction: that he practices his own brand of vigilante justice, and that he has, basically, a big ego. He shrugs them off. This isn’t, ultimately, a success story.

The world around him grows darker in ways that director Steve Hoover did not anticipate: in the process of filming, Vladimir Putin decided to make his claim to Crimea, and what was already a wrecked city turns into a focal point in the battle between East and West. Children swept off the streets are now being evacuated on a regular basis. The documentary filmmaker doesn’t spend a lot of time seeking out alternate points of view or limning the morality: the fact that Soviet-armed troops are bombarding Mariupol as he films give the documentary – and the battle Gennadiy is fighting – more immediacy.

At one point, Gennadiy opens his volume of Dostoevsky’s Brothers Karamazov, to the passage where Alyosha stands on the brink of unbelief. That’s where the film itself finds its fine balance: at those points where it seems any belief is impossible. But where the darkness overwhelms, Hoover takes us to another world – outside the city, where Gennadiy and occupants of Pilgrim are bouncing on trampolines or growing potatoes. The camera, and Gennadiy himself, are endlessly flexible, capable of balancing on the edge of hopelessness. That edge – that balancing act – is what turns Hoover and his subject, and the city around them, into actors in a Dostoevskiian struggle: where a living hell is redeemed in glimpses of the moon, or the ocean, or moments of weightlessness.

You can’t watch Khalik Allah’s Field Niggas – and live in Baltimore – without being reminded of David Simon’s The Corner. Lexington and 125th is a wasteland of sorts: a gathering place for marginalized drug users, alcoholics, street preachers, autodidacts, and rookie cops. But there is no sociological frame for this, and no distance from the subjects. Khalik Allah’s camera gets as close to his characters as possible, and, with occasional prompting by Allah himself, leaves them talking about whatever they want to talk about: drugs, their life trajectories, the meaning of life, women, cops, and whatever else jumps into their heads.

The director explains that his subjects were most spontaneous when the cameras were off, which explains his distinctive and striking approach to documentary. His camera trains itself on his subjects, for the most part, while in the background, we hear snippets from a taped conversation. So we may be staring into the eyes of a character pulling on a rolled joint, while we hear that character ruminating on a completely separate wavelength. The effect is disembodying and even unsettling. Then there are lucid moments: knowing looks, offhand wisdom, sketches, posed group photographs. The phrase “field niggas,” which the director took from a Malcolm X speech, describes the American slaves who were forced to do manual labor, as opposed to slaves who did lighter work in the master’s house. Allah uses the phrase here to describe the underclass of the current black community. There are no priests or rescuers in this one. But Khalik Allah’s camera seems to wait for the rhythms of the street to create moments of understanding and wisdom. The worn-out addicts, the young mothers, stone-faced rookie cops, and occasional outliers blur into a cycle of humanity which is intense, wasted, and going nowhere. Allah’s camera seeks out points of light in the darkness. These are magical, and difficult to describe: knowing, catty stares, tirades, K2-influenced philosophizing, strange drawings on a binder, and jewelry dangling over the forehead of a strikingly beautiful woman standing on the street corner.

There is a slightly off-key moment when, at the end, the film ends with a streetcorner camera shot of Eric Garner being beaten up and hog-tied by policemen: a larger narrative gets imposed on the film’s rhythm. But the film ultimately is the experience itself, of a lifetime spent on a corner compressed into an hour. Almost two decades ago, David Simon broke new ground while spending a year searching for narratives and characters in the open air drug market at Fayette and Monroe. Khalik Allah, in his own signature fashion, spends a summer gazing at faces, listening to snippets of conversation, waiting for Lexington and 125th to tell its own night story. By his own account, he went in unsure of what exactly he wanted to do, but clearly, his patience paid off in a hypnotic and sublime documentary

Author John Barry is a Baltimore-based writer and professor.

Both films were screened during the Maryland Film Festival, May 6 – 10 in Baltimore.