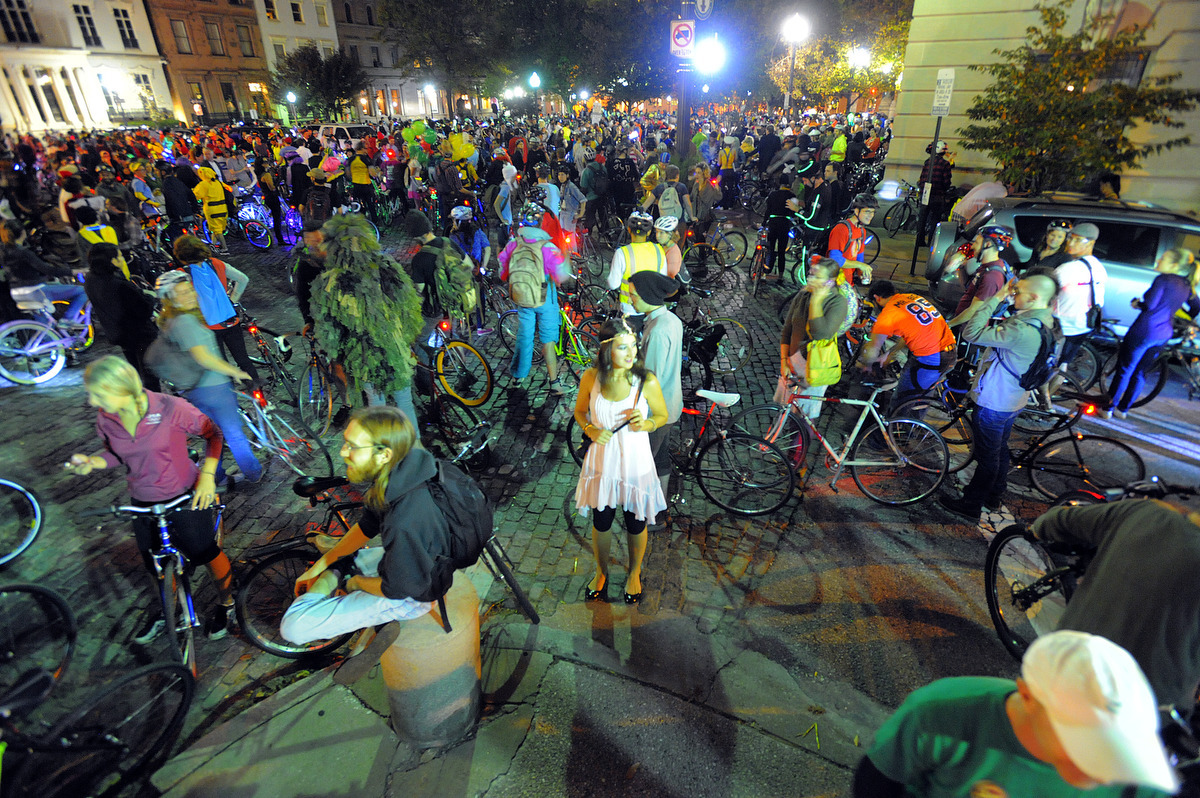 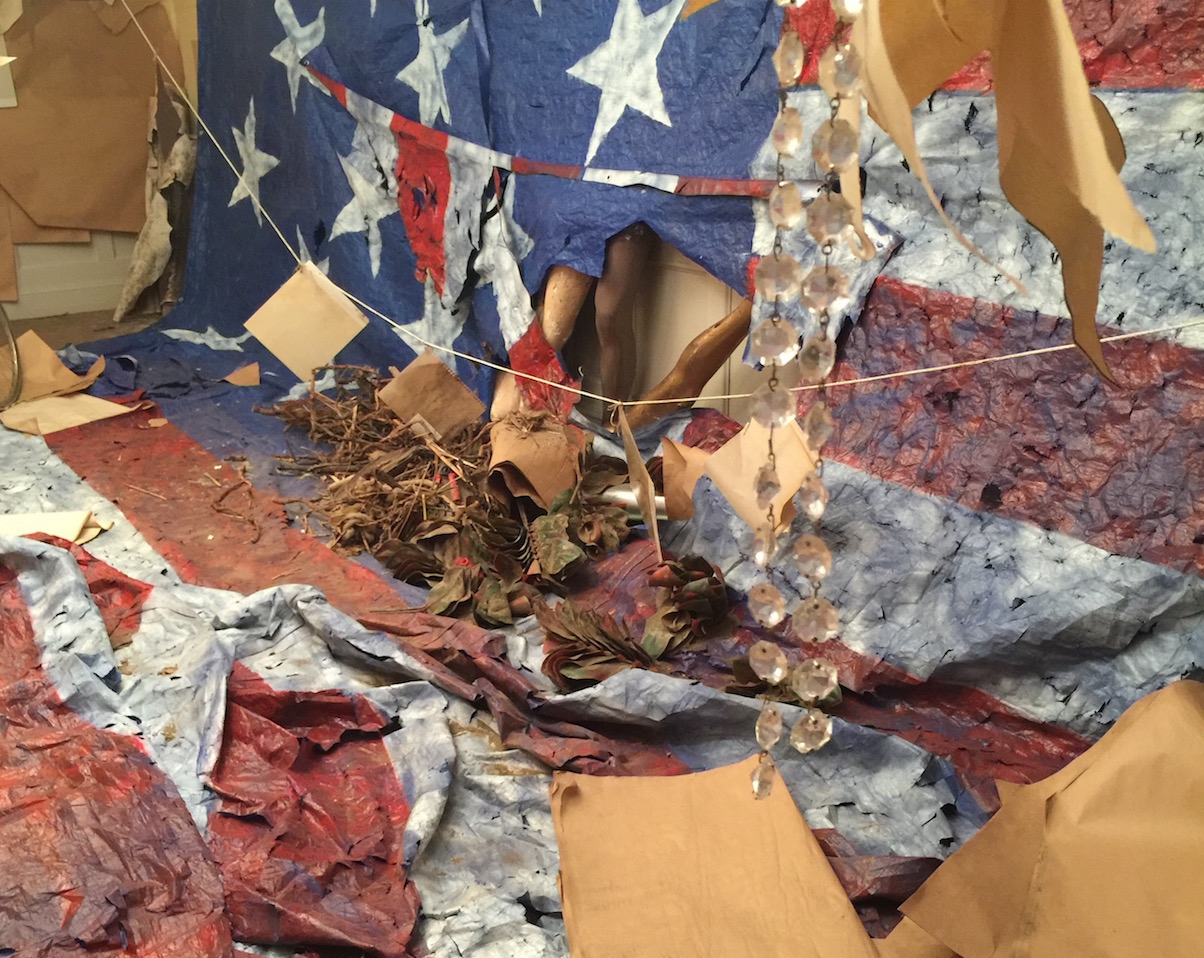 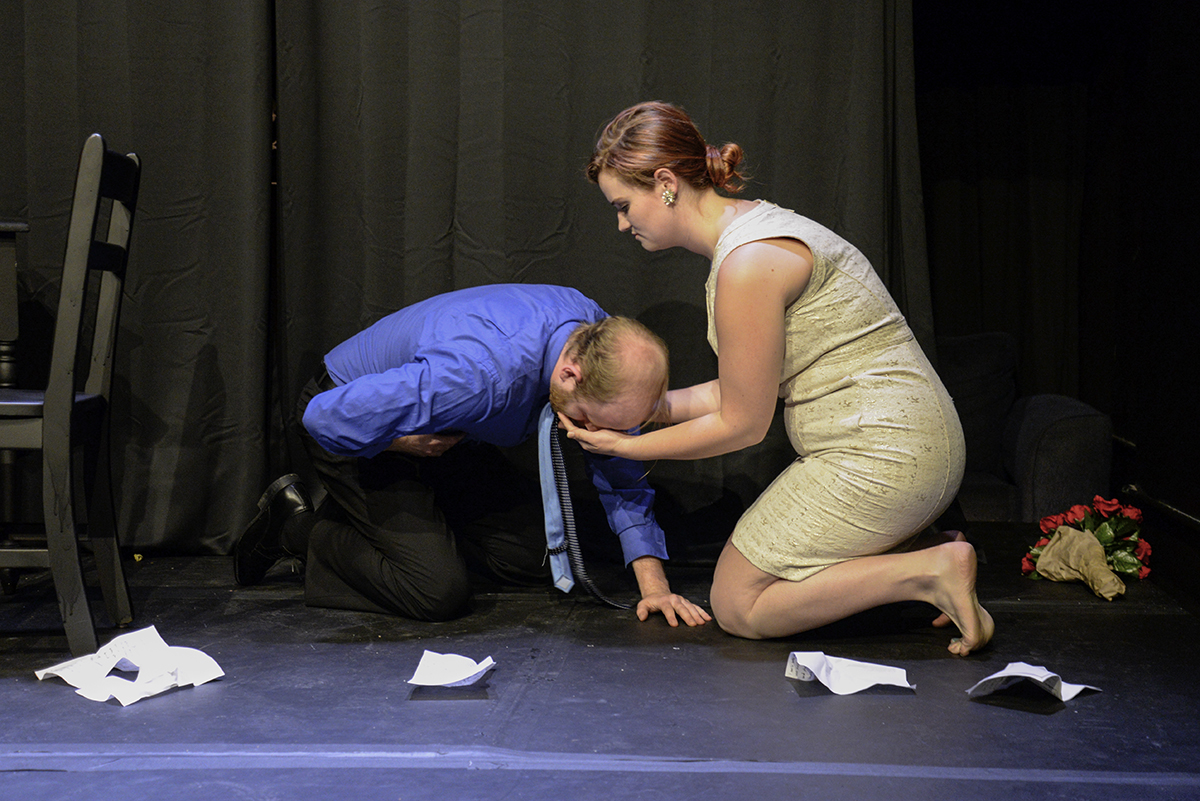 What makes a good appetizer? The color, the flavor, the size, and the smell all need to come together in the right presentation to offer just a taste, rather than a full plate, to wake up your taste buds. For the second year in a row, Interrobang Theatre Company offered audiences satisfying bite-sized plays titled Heavy Hors D’oeuvres, a collection of three small experimental plays for a week and half run at the Mercury Theater.

Having acted in one-act plays for many years, I expected to be entertained via familiarity. Typically, one-acts function as snippets of reality, with emphasis on immediate character development. When a play is so short, the interactions between roles need to grab attention, to make it worth watching. Heavy Hors D’oeuvres 2 accomplished this connection through emotional speech and rhythmic stage direction. The founding members of Interrobang Theatre Company all met at the University of Maryland Baltimore County while working on a production of Las Meninas by Lynn Nottage in the fall of 2010. Since then, the group has continued to expand as an ensemble and has worked with other theatres in the Baltimore/DC area such as Baltimore Theatre Project, Center Stage, and Everyman.

Interrobang’s name comes from a punctuation mark used to indicate a mixture of query and interjection, as after a rhetorical question. Their mission is to produce high quality contemporary plays that challenge the actor and director. For the directors of these short one-act plays, it was an opportunity to go above and beyond their usual output, making the plays cinematic through stage levels, lighting, voiceovers, and the passage of time.

In addition to the scripted acts, Heavy Hors D’oeuvres 2 included short readings from both Charles Herman Senn’s Recherche Side Dishes, Comprising Hors D’oeuvres Sandwiches and Savouries and John Bridges’ How To Be A Gentleman: A Contemporary Guide To Common Courtesy, using segments from either book to be read as the introduction, conclusion, and between transitions. These tips on proper etiquette and hosting a successful dinner party, served to arouse the hunger of the viewers and hint at what was about to come. Then began the first short play entitled Pretty Like Normal, written by Jen Diamond and directed by Courtney Proctor. It stars high school best friends Melissa (Jessie Poole) and Laura (Erin Hanratty) watching porn together for the first time. The thrusts and moans from an unseen television soon become too much for Laura, and her panic attack throws the girls into a thorough and hilariously uncomfortable exploration of friendship, womanhood, and growing up. This play was similar to Jailbait by Deirdre O’Connor, which also involved two 15-year- old girls getting ready to go out to a Boston night club. There was also the inclusion of a dog character named Pizza Crust (David Brasington), who interjected with a monologue towards the end of the girls’ dialogue.

The dialogue was almost too mature for two high school students at a sleepover, which undermined the plot. This short play sort of reminded me of a BuzzFeed video where the staff reenacts a “real-life” discovery: it was a bit too literal. More uncertainty from both girls would have been welcome in creating a more compelling storyline, and their dilemmas could have been illustrated with less explanation. Pizza Crust’s monologue was so short and positioned so close to the very end that it felt unnecessary. Still, his floppy ears, spotted eyes, and monogrammed “DOG” t-shirt were a nice touch. Tim German as Tom, and Erin Hanratty as Emily

The next scene was Empty by Alice Stanley, and directed by Sean McComas. The scene takes place aboard a stranded spacecraft on the moon, where astronauts Emily (Hanratty) and Tom (Tim German) spend their days with nothing but each other. They soon find that life on Earth might be just as empty as life in space through gloomy dialogue about family, trust, and survival, and begin to question ever returning. In terms of written dialogue, this was the most successful of the three plays. Empty’s handling of serious, existential issues and realistic range of emotions was compelling because of its pragmatic dialogue, shifting stage directions, and what I thought was a great addition–its transitions to show the passing of time through dim lighting, radio transmissions, and chalk tally marks on the wall of days passed. As an unofficial half-time show, Interrobang invited Baltimore Improv Group’s Matthew Manning up to the stage where he was introduced as the evening’s storyteller. While drinking an entire bottle of red wine onstage, he told us stories about his mother just in time for Mother’s Day. The story was wistfully nostalgic, as he described memories from his childhood that would translate into his current life. His story was meaningful because it made me reflect on my own family relationships. Even if it might not have had much to do with the short plays, I still felt a touching personal connection to it, as someone who grew up without a mother. The last act of the night was called Letters, written by Justin Lawson Isett and directed by Deirdre McAllister. It started off with a spoken letter by Gayle, a woman writing to her pen-pal lover, Clyde (German), both onstage. The two act out her imagined vision of what will ideally happen when they meet for the first time, as they waltz onstage. Then the monologue shifts to Clyde’s side of the story, complete with an awful Bostonian accent. His side is less of a fairytale than Gayle’s, as he dances with both Gayle and an unknown man (Brasington) while speaking in a sort of business-like, macho tone about his intentions when meeting her for the first time. The scene changes to a room with a desk, and we see Derek (Brasington), an aspiring politician, seated gathering his thoughts on paper while his wife, Annabel (Poole), walks in ready to attend an important government dinner. After revealing to her that he is unsure of wanting to go into politics, she finds out Derek’s shocking secret.

Even if its plotline at times felt a little predictable (for example, Derek’s “secret” wasn’t all that surprising), the action in this play was executed with precision and passion. This performance was the most poetic of the three in terms of choreography, and I genuinely sympathized with each character. I found myself rooting for Derek in the end, as he closed the show on a bittersweet note.

After observing just a taste of what Interrobang theater has to offer, an obvious strength is a careful attention to detail. Each act and transition felt very tightly put-together and this presented a seamless experience where the audience can lose themselves in the performance. They presented surprising and thorough use of the stage space and offered a number of clever one-liners. This performance was sharp, something you could really cut into with a knife and fork. If you’re looking for something witty yet accessible, Interrobang knows how to do just that.

After this round of hors d’oeuvres, I’m ready for Interrobang Theatre’s main course.