Art for the People, One Loan at a Time 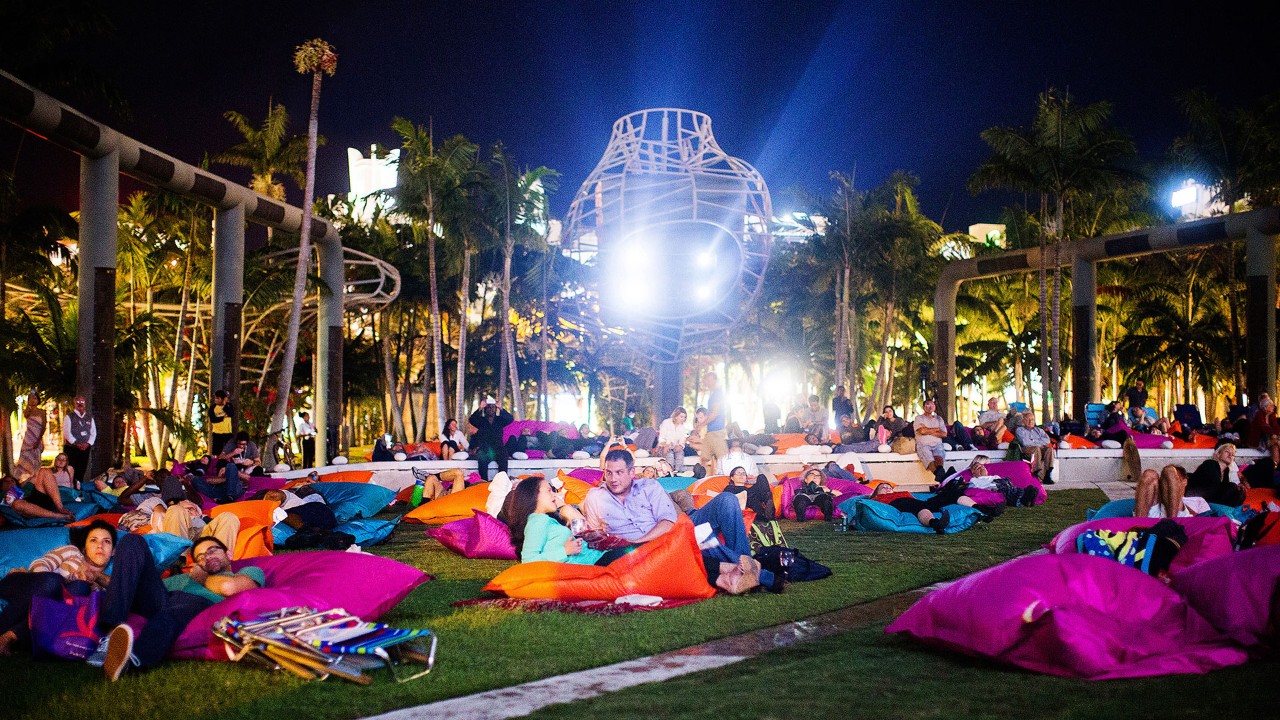 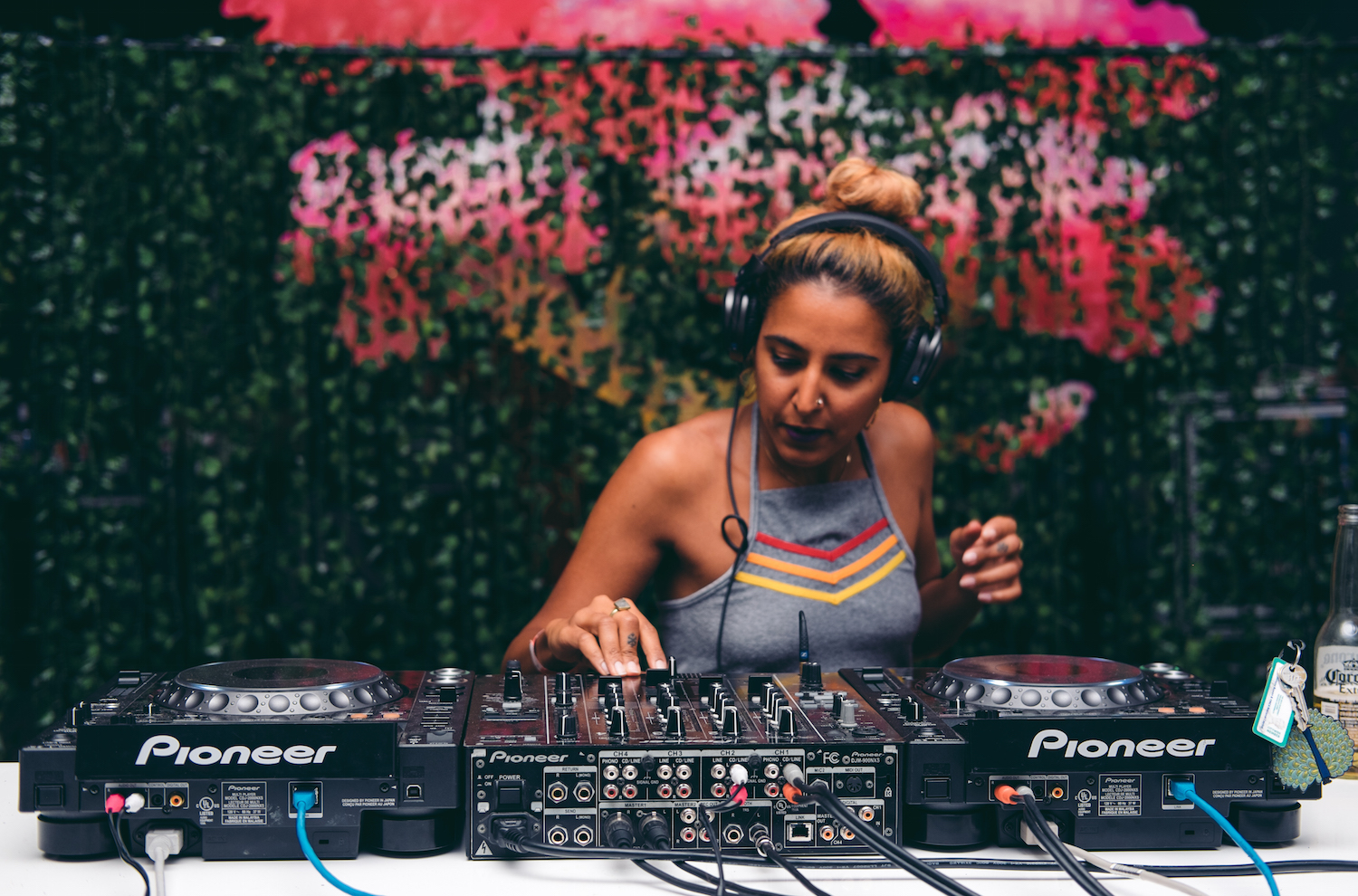 Collecting
Art for the People, One Loan at a Time

Entrance to the art world can come at a great cost. Notwithstanding a graduate degree from a top-tier institution teetering at $100,000 or the world’s most expensive painting selling just last month for over $450 million, the art world and its systems are insular and highly coded. As José Ruiz, a curator, creative laborer, and the Director of Curatorial Practice at MICA, said, “There is a barrier of entry to go to the National Gallery of Art, even if it’s free.”

So consider the idea of art as part of a city’s public works—a component of the infrastructure that is essential to our existence as a society. Beltway Public Works (BPW) is premised upon precisely this idea: that art, like water or public transportation, is a civic resource. Led by Ruiz, Natalie Campbell, James Huckenpahler, and Patrick McDonough along with a growing list of artists, curators, and educators in the Beltway region, BPW launched a Lending Library at Washington Project for the Arts (WPA) in D.C. this fall. 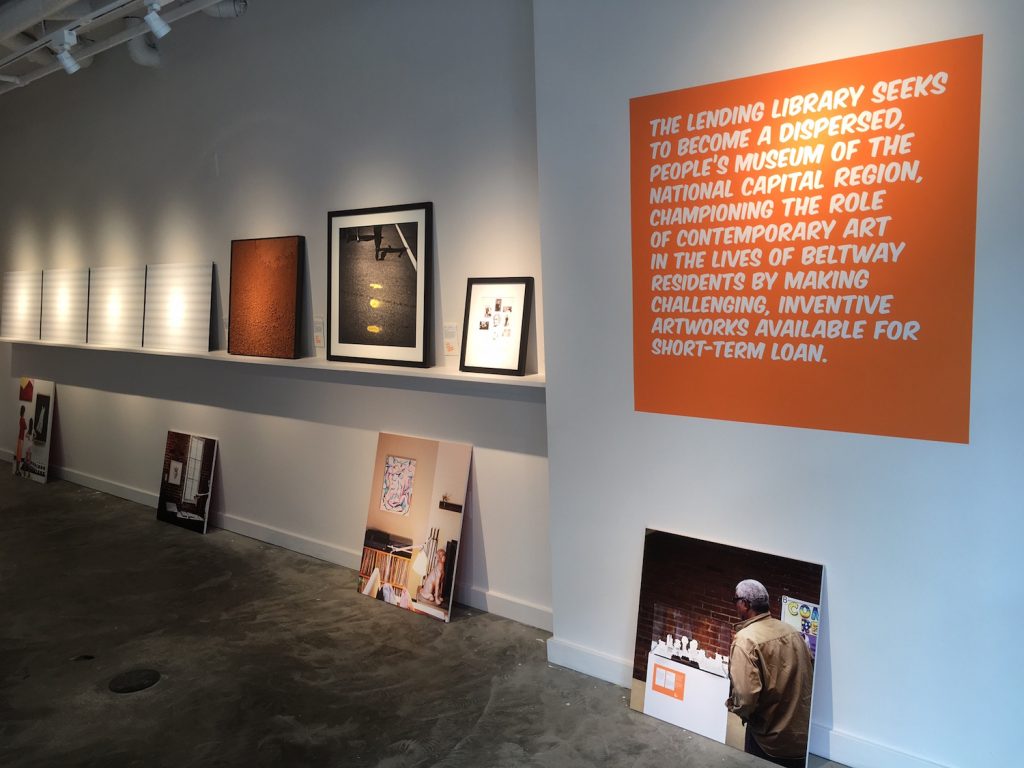 On a bright orange background at the edge of the gallery reads, “The Lending Library seeks to become a dispersed, people’s museum of the national capital region, championing the role of contemporary art in the lives of Beltway residents by making challenging, inventive artworks for short-term loan.”

A ledge circumscribes the space where the circulating collection of 25 artworks originally sat. What remains now are paper pockets stamped with the BPW logo, inside of which are typed check-out cards that list the artist and title and describe the works, and photographs of the works in the spaces where they have been installed. Available on a first-come first-serve basis, each work is loaned free-of-charge for six months-at-a-time, the aim being to reach new audiences while making art more accessible to Beltway residents.

“We want to reach people that haven’t had too much of a connection with art,” Ruiz said. “In a way, we’re educating first-time collectors about what it’s like to live with art and be with art in a domestic sense. Once the work is gone, they will feel that void.”

In the initial phase, BPW prioritized public locations and placed works where they might have greater influence. Wesley Clark’s “Which Game We Playin’,” a combination chess and checkers board, was placed in Bread for the City, a D.C.-based non-profit that provides food, clothing, medical care and other social services to low-income residents. Clark’s piece, which speaks to power struggles regarding gentrification and displacement, reads differently in such a context than it would in a traditional gallery or museum. “What’s the narrative once you place a certain artists’ work in a certain context?” Ruiz asks. 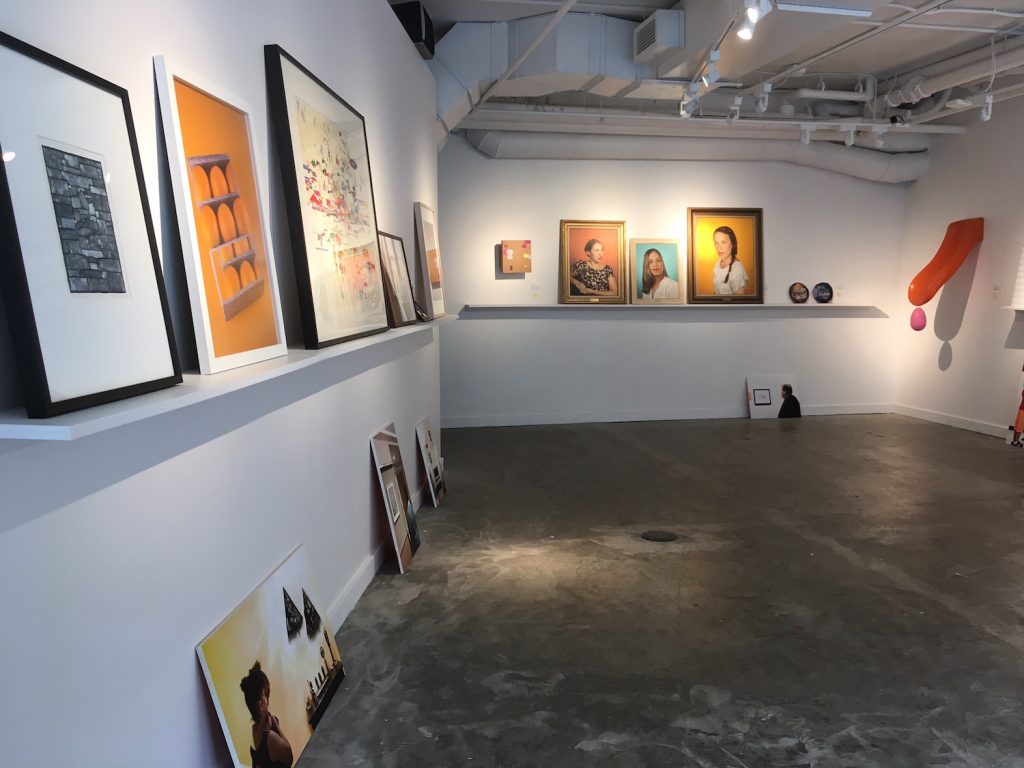 Potential borrowers can fill out a simple online survey which BPW uses to match the content of the work with the interested individuals. The form asks where the work will be installed (Where I live/Where I work/Where I socialize/Where I play) before assessing whether or not the placement will help BPW achieve their stated goals, namely, to reach new audiences or to increase an artwork’s impact through a thematic connection. BPW is looking for people in the Beltway that aren’t already entrenched in the art world and its systems.  “The root of the concept is that the library will function as an exhibition model that is democratic,” Ruiz said.

“If This Dark Age Conquers, We Will Leave This Echo,” a painting in the Lending Library by Eames Armstrong, celebrates “queer bliss” as a response to the anti-LGBTQ policies of the current president. The painting was placed in the home of an LGBTQ couple who were married and had a reception in their home afterward. The work became a conversation piece, while the context added a layer of intimacy and placed the role of art into question. “Art can behave differently in different sectors. It’s something interesting to experiment with,” Ruiz said. 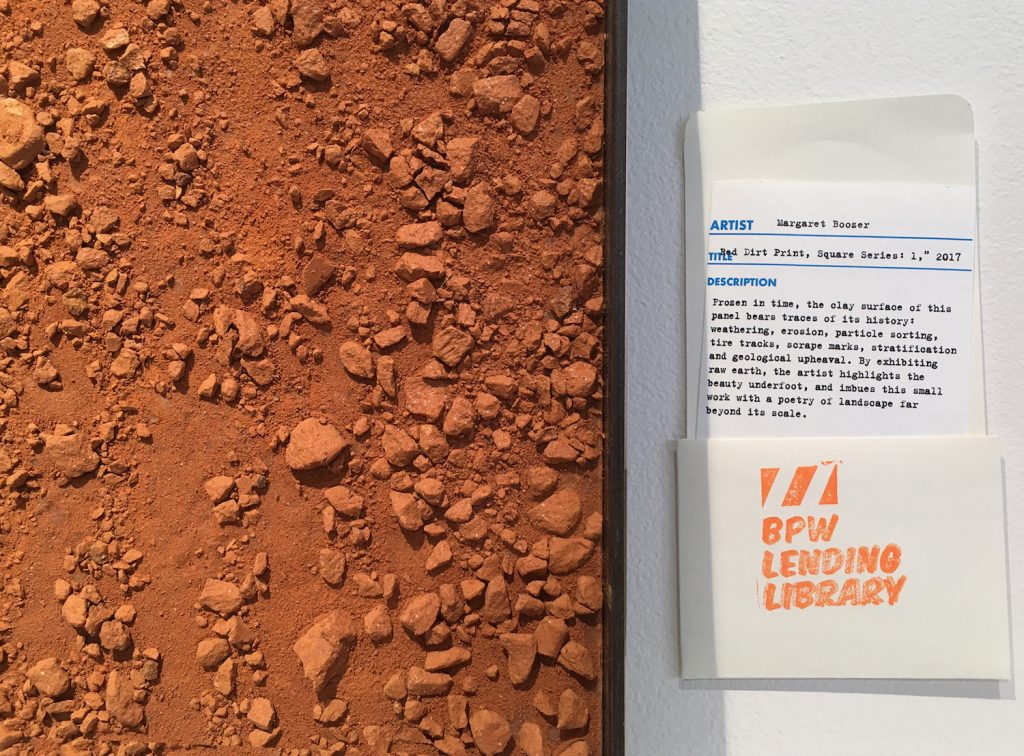 Many of the works in the Lending Library have overtly political leanings, which may be the result of living and working within the Beltway itself. Amber Robles-Gordon’s “Cosmic Black,” layers black objects and dark matter to expel negative associations with the color black, black people and black culture, and Joseph Orzal’s “You Gotta Love It,” an assemblage incorporating a frame “borrowed” from the Corcoran Gallery of Art during its collapse that reflects the artists assault on the “so-called white man’s so-called art world.”

The Lending Library is meant to be a sustainable prototype with plans to pilot phase two next year. Ruiz describes the endeavor as earnest and pedestrian, attributes that he ascribed to fellow collaborator McDonough’s midwestern sensibilities. The public library model originated with McDonough adopting a civic perspective for federal accessibility. “The power that the city signifies contributes to this kind of work. There’s something in the air.” BPW’s commitment to accessibility and a way of working around traditional exhibition or commercial venues opens the door to artists and viewers alike. A chip in the armor of the art world is a welcome one. 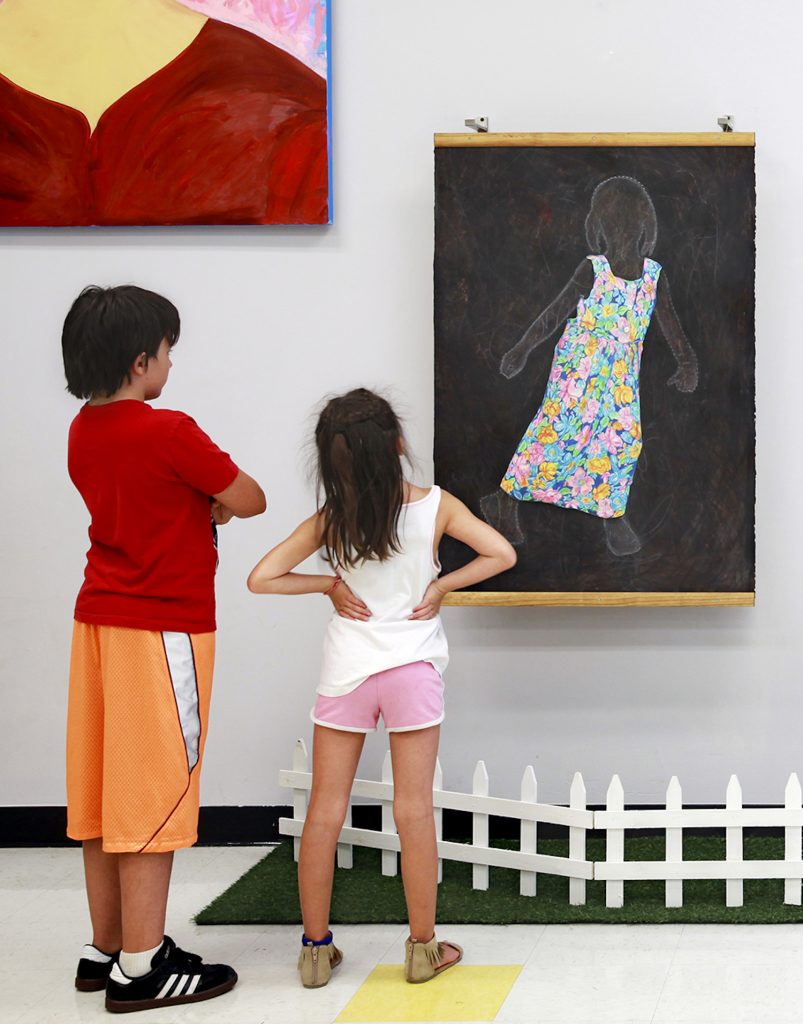 BPW’s Lending Library is on view at Washington Project for the Arts through December 9, 2017.

A PDF-version of the catalogue can be viewed here.

For more information about borrowing or lending artwork, click here. 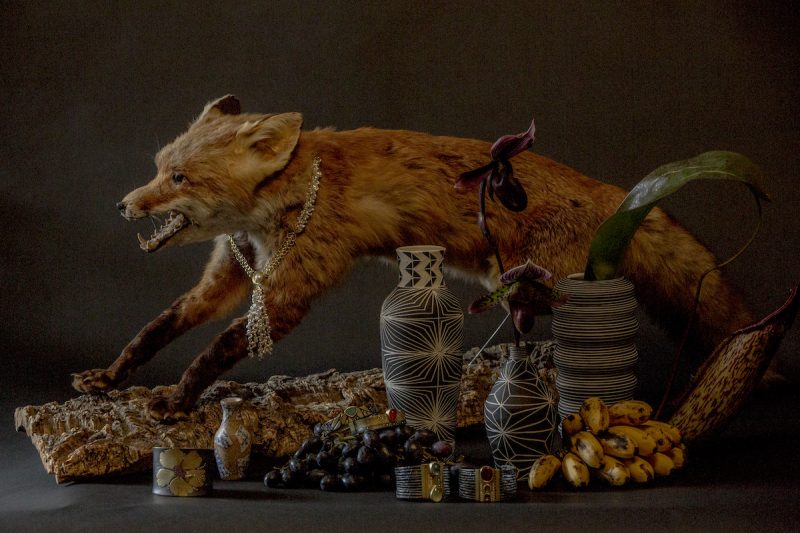 Although businesses are struggling because of Covid restrictions, this season we wanted to make it easier to patronize Baltimore-based artists and shops and to luxuriate in the amazing range of quality that you can support through your purchases.