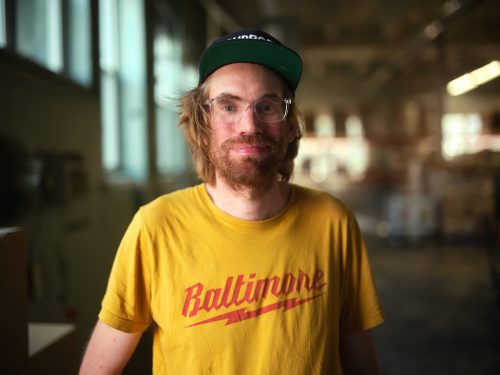 N95s: Made In Maryland 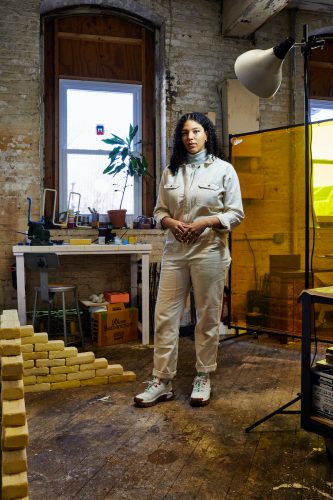 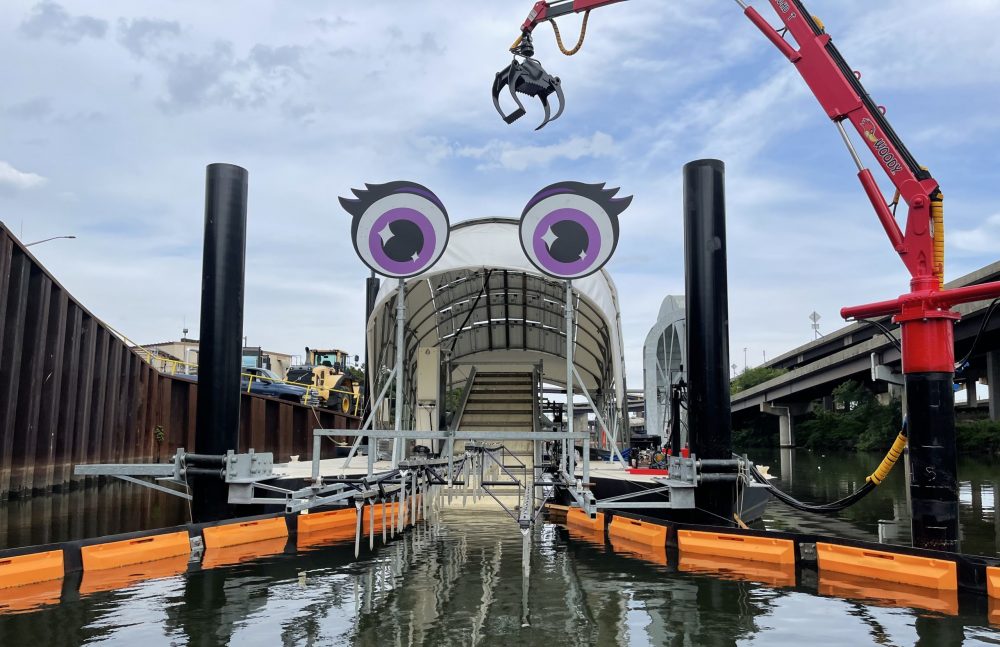 But it was not before, according to three members of the Council, he transmitted a not-so-veiled message to the person who, in his eyes, had tipped the scales against him.

Just hours before this afternoon’s virtual meeting, with the agenda set and bills ready for passage, Mosby let it be known that one particular bill – Imari’s LGBTQ Procurement Preference Act (21-0033) – would be pulled from the floor and sent back to committee for further study.

(The bill is named in memory of Imari Prout, a Black trans man and construction worker who died by suicide at age 23.)

“That’s a polite way to kill a bill and slap the sponsor in the face,” said a person well-versed in City Hall politics.

Excerpt: Some Maryland delegates pushed back Tuesday against the governor’s recent decision to end expanded unemployment benefits two months early without evidence that it would lead to job gains.

“I don’t disagree that there are more jobs available; I don’t disagree that there are challenges in getting people into those jobs…but there doesn’t seem to be any behavioral economics or macroeconomic analysis that suggests that this decision is going to help people get into those jobs,” Del. Lorig Charkoudian (D-Montgomery) said during a House Economic Matters Committee briefing on the issue.

“At what cost do you want to take that sort of partisan ideological point? At a cost of $1.5 billion to the state — it just seems really dangerous,” Charkoudian continued.

Battleground Baltimore: What Does George Floyd Mean to Baltimore?
by Lisa Snowden-McCray and Brandon Soderberg
Published June 4 in The Real News Network

Excerpt: Although many Baltimore leaders are adept at paying lip service to the movement to protect Black lives, they still have a long way to go in their efforts to confront the systems that work together to kill Black people.

This was apparent in the way Baltimore’s Police Commissioner Michael Harrison and Mayor Brandon Scott marked the one year anniversary of George Floyd’s murder at the hands of former police officer Derek Chauvin.

On May 25, Commissioner Harrison told a group of residents and activists who gathered near Johns Hopkins University for the one year anniversary of George Floyd’s murder by police, that the Lord put him in Baltimore to make a difference.

“I’m here because I was called by God to be here.” Harris, who has been commissioner since 2019, told attendees.

At the event, Harrison, like a lot of officials all across the country, sought to make Floyd’s violent and public death the exception to policing rather than the rule. Harrison, a police veteran of 30 years, called Floyd’s death “a shock to the conscience.”

Excerpt: After Baltimore city schools were forced to shift to virtual learning as a result of the pandemic, it was clear the lack of internet access would be a recurring obstacle to education. Now, the federal government is stepping in to lessen the impact of this issue.

On May 12, the Federal Communications Commission launched the Emergency Broadband Benefit to help households that are struggling to afford internet service. The $3.2 billion program provides a discount of up to $50 per month, and the Baltimore Digital Equity Coalition (BDEC) is spreading the word.

While Director Tia Price wants more people to know about this benefit, she remains cautious. Baltimore’s history of digital redlining was just one inequity exacerbated by COVID-19’s arrival, and Price wants to ensure that communities taking advantage of this program are not left in worse condition than before they had it.

According to Price, before the launch of the benefit, some Baltimore households tried to access low-cost internet options from providers, but were turned away due to credit barriers; unaware these barriers had already been removed in the wake of the pandemic.

Ingenuity is bliss: How a Northeast Baltimore community built BLISS Meadows into a sacred place for enjoying nature
by Marcus Dieterle
Published June 9 in Baltimore Fishbowl

One day in 2017, Wells was frustrated by the long car ride ahead.

“I was putting them in their car seats and they were fighting each other and I was just irritated and I was like ‘You know what, we need a place that’s in walkable distance,’” Wells said. She asked herself “Why do I need to drive 25 minutes to just be able to enjoy nature with my family?”

Wells, who was training to become a naturalist, searched Google Maps to see if there were any nearby green spaces, and spotted the Barbara and Parkwood Park about a mile away from her home.

When she visited the spot, she found 7 acres of overgrown woods – and the potential for a place that could benefit not only her family, but an entire community.

Excerpt: It’s the annual week of budget hearings at the Baltimore City Council, and that means the city’s tech-focused departments went before elected officials to discuss next year’s spending plans and other topics on their operations.

On Tuesday, members of the City Council’s ways and means committee questioned agencies including the Baltimore City Office of Information & Technology (BCIT) and the Mayor’s Office of Performance and Innovation (OPI) on their proposed spending plans for fiscal year 2022. The hearings are held ahead of a final City Council vote on the budget.

In the fiscal year 2022 preliminary budget for Baltimore City, the BCIT budget is around $51 million. That might look like a lot, but it’s about $1.2 million less than last year. It comes after 2021, when the department had a significant increase of $12.5 million.

“When you look at our budget for 2022, you’re going to see lots of puts and takes,” said Todd Carter, Baltimore’s chief information officer. “What we’re trying to do is to align our spending to our budget.”

Excerpt: In his 48 years with The Baltimore Sun—29 on the newspaper’s necrology team—Fred Rasmussen has written tens of thousands of obituaries. And ever since COVID-19 struck Maryland, the lifelong journalist, like writers on his beat around the world, has had even more subjects to memorialize.

“Since March of last year, we’ve been totally clobbered,” says Rasmussen. “The submissions outstrip our ability to provide.”

Obituary writing was once considered a backwater of the newspaper business, but for the likes of Rasmussen, commemorating the dead—in his words, those who’ve gone to “bliss eternal”—has become a lively, lasting form of art. For him, writing an obituary is a chance to celebrate a person’s life, no matter who they were.

“We have a saying around here,” he says. “There are no boring lives. There are only dull obits.”

Excerpt: Wes Moore launched his highly-anticipated bid for governor Monday, blending his personal and inspiring life story with a full-throated call for a more equitable Maryland.

Moore, the 42-year-old military veteran, best-selling author and former CEO of an anti-poverty organization, formally joined the Democratic primary race by releasing a campaign video that’s heavy on biography and his desire to close the wealth gap in Maryland.

“One thing has become clear to me: Opportunity is readily available to some and dangerously absent to others,” Moore says in the campaign ad.

In an interview, Moore said that even though he’s seeking the Democratic nomination against seasoned Maryland officeholders and potentially two former members of President Obama’s cabinet, he believes that after holding leadership positions in the military, in business, and with a high-profile philanthropy, he has the right experience to prevail in the primary and the general election — and to achieve his ambitious policy goals.

“There is nobody who is more experienced to tackle the challenges of today and lead a forward-facing conversation about the future,” he said.

Excerpt: Several city council members, along with progressive city groups, gathered outside City Hall Thursday to urge the passage of Councilman Kristerfer Burnett’s second attempt to ban the use of facial recognition technology by the Baltimore City government.

“Until we fully research the full impact that facial recognition technology can have on our communities, we must take responsible action and press the ‘pause button’ on its use in Baltimore City,” Burnett said at a news conference. “We’ve seen the impact that misidentification and technological bias has had on people across the country and we must act now to prevent potential harm to our residents.”

Ralikh Hayes, the Deputy Director of Organizing Black, called the bill an important first step in dismantling the surveillance that Black communities face. He said the city should disinvest in technology that studies show generates inaccurate results and reapply those funds to “things that we know work,” such as SafeStreets and mental health services.

“We have to realign our priorities and figure out what safety really means,” Hayes said. “I’m hopeful that this council will have deep discussions about reimagining public safety.”

Baltimore Pride returns this June with in-person and online events, no parade
by Marcus Dieterle
Published June 4 in Baltimore Fishbowl

Excerpt: Baltimore Pride is back for 2021 to celebrate the city’s LGBTQ+ and same-gender-loving communities, although the parade and festival (including the high-heel race) that are staples of the annual event will be absent from this year’s festivities.

Karen Remaley, associate director of The Pride Center of Maryland, said Pride organizers typically apply for permits for the parade and festival in January, but were unable to do so because of coronavirus restrictions.

Even without those events, however, Remaley said it is “absolutely exhilarating” to commemorate Pride Month this year with a mix of virtual and in-person events throughout June, especially after organizers canceled Baltimore Pride in 2020 due to the COVID-19 pandemic.

Attendees of Pride events will be required to wear face masks, and will be encouraged to physically distance themselves from people not in their household, Remaley said. There will also be hand sanitizer stations.

Header image: Gwynnda the Good Wheel of the West, Baltimore’s fourth and newest trash wheel. Photo courtesy of The Waterfront Partnership of Baltimore.