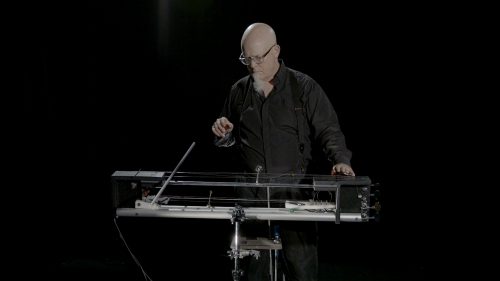 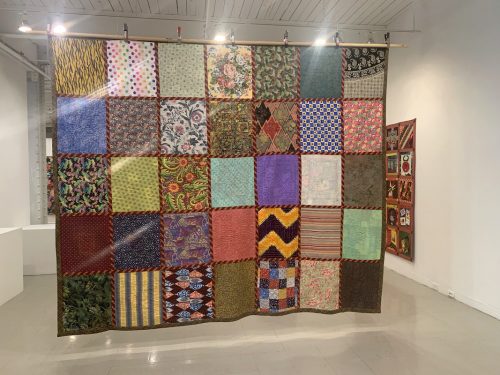 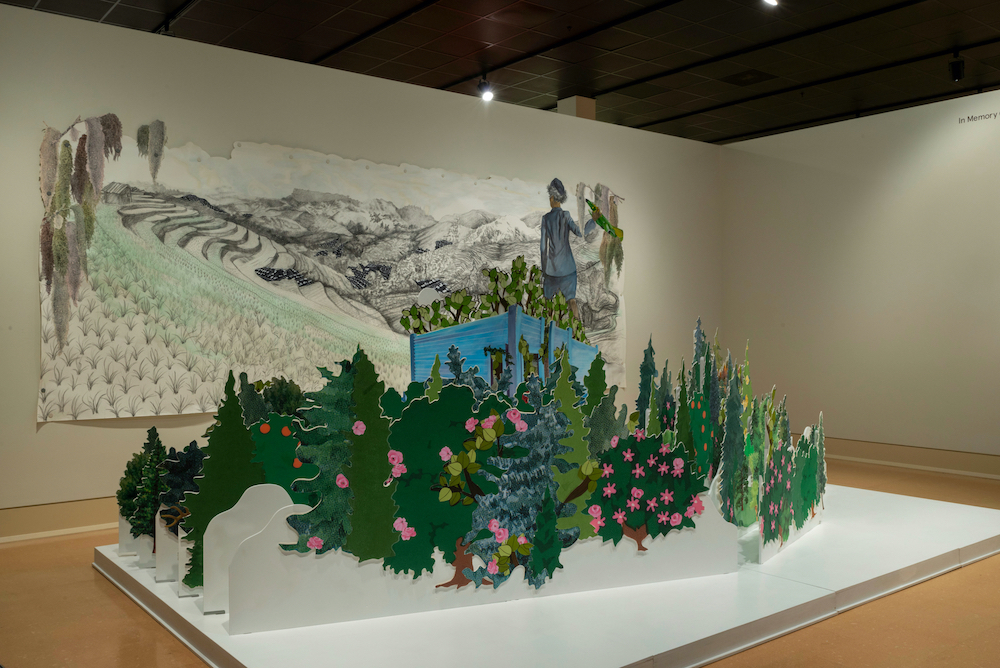 This week’s news includes: Pride at Pride 2022, tracking reproductive health, ‘The Baltimore Anthology,’ and more reporting from Hyperallergic, The AFRO, Maryland Matters, and other local and independent news sources.

Excerpt: It’s not until about a week after attending the opening ceremonies for the exhibition A Movement in Every Direction: Legacies of the Great Migration that I begin to realize just how apt the title is, and how judicious and fitting its co-production arrangement. The exhibition is produced by a partnership between the Mississippi Museum of Art (MMA), which hosts its first iteration, and the Baltimore Museum of Art (BMA), to which it is slated to travel in October of this year.

The title refers to the historical development between 1910 and 1970 in which approximately six million Black Americans moved from the American South to other parts of the country, most famously to urban centers such as Detroit, Baltimore, and New York City. As the show’s two curators — Ryan Dennis, Chief Curator for the MMA and the Artistic Director for the museum’s Center for Art and Public Exchange (CAPE), and Jessica Bell Brown, curator and head of the Contemporary Art department at the BMA — point out in their introduction to the Great Migration Critical Reader (which they compiled to accompany the exhibition), this means that in 1915, about 90% of Black Americans lived in the South while by the 1970s only 50% did. This is a momentous shift, but these numbers indicate a counter-narrative as well: Many Black people stayed.

The movement really was in all directions, including down, deeper into the land and soil that some Black folks knew intimately and, in some ways, still trusted. There was also movement within the South. Allison Janae Hamilton points this out in a roundtable conversation, partially reproduced in the reader, among the exhibition’s artists, the curators, and four writers and researchers who also have connections to the South. Here, Hamilton talks about micro-migrations that occur because of forcible displacement, racial terror, and environmental climate concerns.

Photos of derelict U.S. landscapes rooted in sense of isolation, poverty
by Kenneth Dickerman
Published June 24 in the Washington Post

The work encompasses Baltimore, where Marcin has made his home since the 1970s, to Colorado and even Washington. As disparate as these areas are, he ties it all together through a sense of isolation, poverty and the silent but sure encroachment of time and human destruction.

There’s a cliched saying about photographs: “A picture is worth 1,000 words.” But there’s also a saying that cliches often contain more than a modicum of truth. Both are true here. Marcin’s photos are seemingly simple, but when you stand back and take them all in, you’ll notice that meaning begins to form like the layers of an onion.

At Baltimore parade, Pride “now more than ever”
by Fern Shen
Published June 26 in Baltimore Brew

Excerpt: This year’s Pride parade was forming up in North Baltimore, and Abbi James was standing with friends, gulping water, applying extra sunscreen and getting ready yesterday to march with the surging crowd around her.

James always tries to support the annual event celebrating LGBTQ+ rights and resilience, but this year she says it’s especially important to participate.

The day before, she pointed out, the U.S. Supreme Court overturned the 1973 Roe V. Wade decision guaranteeing abortion rights, and in a concurring opinion, Supreme Court Justice Clarence Thomas had said access to contraception and gay marriage should be “reconsidered,” too.

“They’re coming for us. No question,” the 26-year-old Mount Vernon resident said. “Look at what happened right here with those fires.”

After Roe’s overturn, here’s why one reproductive health-focused founder wants to support ‘all women’
by Donte Kirby
Published June 28 in Technical.ly Baltimore

Excerpt: Arion Long went through multiple doctors ignoring her concerns about an extremely heavy period before she found one that believed her. With that doctor, she learned she had a tumor caused by chemicals in tampons that were unknown to her.

That was the birth of Femly, a social enterprise that improves access to healthier feminine and reproductive care with eco-friendly hygiene products. The company’s focus dovetails with Long’s desire to educate and end period poverty. But the story goes even deeper.

In 2018, medical negligence resulted in Long almost dying in labor. She found herself on life support and lost a child to stillbirth. Her story, while horrific, isn’t exactly unique.

What does Roe v. Wade’s overturn mean for your tech? Here’s what you need to know
by Michaela Althouse
Published June 27 in Technical.ly Baltimore

Excerpt: “Whiteness demands silence,” Baltimore-based journalist Baynard Woods writes in his new book. “Inheritance: An Autobiography of Whiteness” breaks this silence by closely examining Woods’s own experiences and investigating his family’s roots to find the truth about how they contributed to perpetuating whiteness in America.

As a child growing up in South Carolina, Woods is almost imperceptibly initiated into the ideological world of his white southerner parents and grandparents. But in moving away, he begins to slowly develop an awareness of whiteness as a dominant—and dangerous—concept in our society, even while naively thinking himself exempt from it. The realization of his white privilege comes later, after teaching Black high school students in Washington D.C., seeing the segregation in his Greenbelt neighborhood, and ultimately moving to Baltimore, where he bears witness to and reports on the uprising over the killing of Freddie Gray in 2015.

The book traces this revelation from chapter to chapter, with Woods carefully reflecting on specific events in his youth and adulthood with the perspective he’s gained over the years. Woods is honest; his writing moves between the lyrical and the political while employing the astute observations of a seasoned reporter.

The goal is to improve public health and reduce chemical runoff into the Chesapeake Bay.

The city’s finance department estimated it will spend $321,600 annually for workers to use weed whackers instead of spraying pesticides which costs $80,400 each year.

‘No Wire, No Hon’: Behind the Scenes of The Baltimore Anthology
by Jalynn Harris
Published June 24 in Baltimore Fishbowl

Excerpt: Everyone wants to know about Harriet Tubman’s city. Whose is it, what happens here, and how we live it. How on the spectrum from “The Wire” to “Hairspray,” we birthed artists and thinkers as canonical as Edgar Allan Poe and Benjamin Banneker. But how does one capture Baltimore? A city as diverse and as tough as whatever the hell lives in the Inner Harbor.

Luckily, Rafael Alvarez and Gary Almeter, co-editors of the anthology “A Lovely Place, A Fighting Place, A Charmer: The Baltimore Anthology,” let the people of this city define their home through reflections in prose, poetry, recipes, and even a comic strip. “The Baltimore Anthology” speaks to the heart of the city through thirty-five literary voices and visual artists, including Dundalk-Lumbee native Ashley Minner, renowned poet Afaa Weaver, new writers like William Duppins, and many more. A complete contributors’ list is below.

Alvarez, a longtime reporter for The Baltimore Sun and a writer for “The Wire” — who also writes regularly for Baltimore Fishbowl — met Almeter a few years ago when the latter, an attorney with small children and a busy life, was sent to him for some writing help. Alvarez determined that Almeter was actually already a very talented writer and “he just needed to turn off his TV!” We discussed in the interview how that connection turned into this collaboration.

Starvis is no stranger to the nonprofit or the city of Baltimore. She was born and raised there, and when CLLCTIVLY launched in 2019, she immediately messaged founder Jamye Wooten on Instagram to share her enthusiasm for the nonprofit’s mission, as well as offer to lend her support.

“This return is truly a homecoming because I really believe in the power of local organizing [and] local efforts to push change,” said Starvis. “I still really appreciate my national experiences, but I think the revolution will be local.”

As a youth, Starvis said she greatly benefited from being raised and nurtured by her whole community, and she picked up several neighborhood aunties along the way.

Her deep connection to her city engendered a spirit for local community empowerment.

Baltimore Must Embrace Transit Vision While the Feds Are Flush With Funds, Groups Say
by Bruce DePuyt
Published June 27 in Maryland Matters

Excerpt: With the federal government poised to spend billions of dollars to modernize the nation’s infrastructure, the Baltimore region must unite behind a new vision for mass transit, a group of civic leaders said on Monday.

Their campaign, called Baltimore’s Transit Future, hopes to unite elected leaders, the business community and the public in support of a long-range plan to expand bus and rail service. They also want to make existing service more reliable.

“We’re at an inflection point of opportunity to really do this,” said Peter Scher, board chair for the Greater Washington Partnership.

The effort will be shaped by six “pillars,” which will include reducing the repair backlog, improving access to job centers, equity and the development of a 10-year “Rapid Transit Expansion Program.”

Excerpt: It’s a damp Saturday morning in early June—gray skies, soggy ground—and yet, dozens of volunteers are out early putting shovels into the dirt to plant trees in a community lot.

The lot–on Duncan Street between Jefferson and Orleans streets in East Baltimore–is popular with neighborhood kids who use the grassy space to play, says Cynthia Gross, president of the resident-led nonprofit CARE Community Association.

“But it’s in direct sunlight,” she says. And even though it’s grassy, the lot is subject to the “urban heat island” effect, meaning that it’s often significantly hotter than areas with more shade.

Gross, who’s lived in the neighborhood for more than 50 years, says she hopes the trees will make the lot more pleasant, and act as a “living fence” to keep cars from illegally parking there.