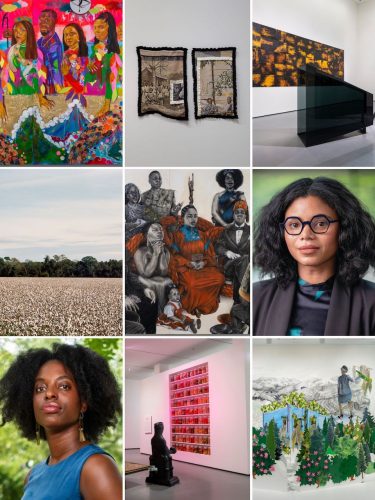 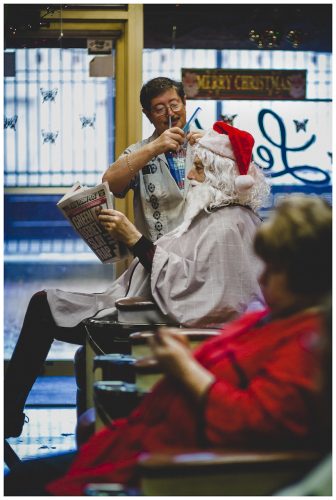 A Photographer’s Take on Christmas Cards 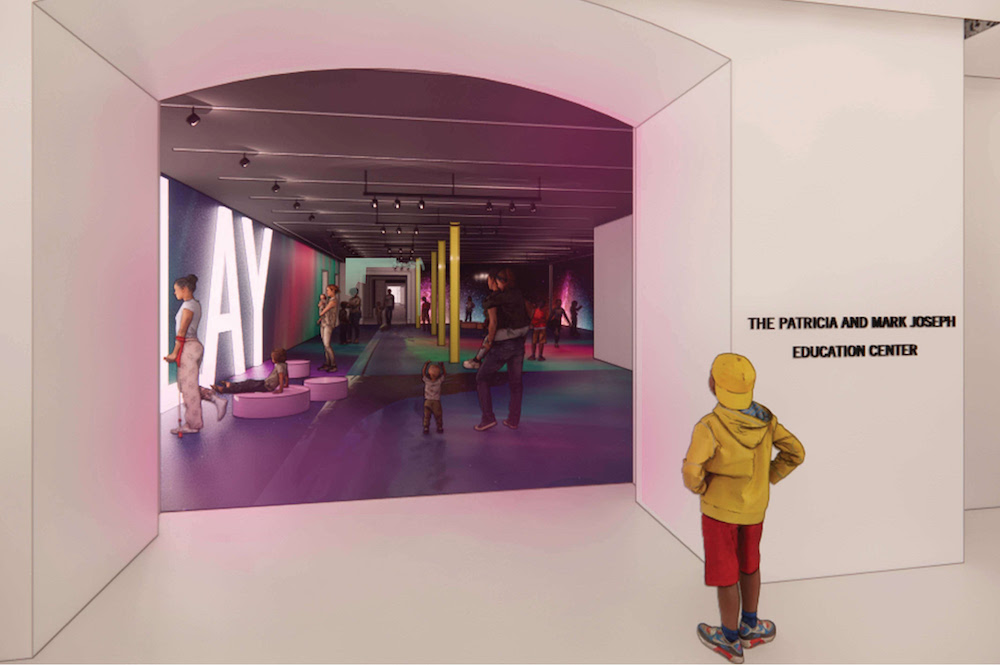 Excerpt: The Baltimore Museum of Art (BMA) today announced it is embarking on a major renovation and reconceptualization of the Joseph Education Center that will introduce more opportunities for dynamic, hands-on engagement when it reopens in fall 2023. A significant focal point will be the creation of a larger interactive gallery within the 5,625 square-foot center that features new site-specific installations that encourage direct visitor engagement, especially among children, made by internationally acclaimed artists Derrick Adams, Mary Flanagan, and Pablo Helguera. Other elements of the renovation include the development and refurbishment of classrooms that expand available space for art-making and the reimagining of the school tour entrance with an interactive Wall of Wonder that captures the vision and unites the architecture of the center.

Maryland Film Festival to ‘pause’ screenings, programs and events at Parkway Theatre in 2023
by Dylan Segelbaum
Published December 17 in The Baltimore Banner

Excerpt: The Maryland Film Festival is pausing all screenings, programs and events at the Stavros Niarchos Foundation Parkway Theatre in early 2023, noting that attendance has not returned to pre-pandemic levels.

In an email on Friday addressed to friends and supporters, Sandra Gibson and Scot Spencer, executive director and chair of the Maryland Film Festival Board of Directors, respectively, wrote that the move allows the nonprofit organization to develop a new business plan with the help of consultants.

Like many businesses, the Parkway Theatre had to cease operations at the beginning of the COVID-19 pandemic and faced capacity restrictions as state and local governments loosened mitigation measures. Meanwhile, the cinema launched a virtual theater to stream new movies.

Excerpt: America’s favorite museum store is in Baltimore, according to a recent survey.

When the American Alliance of Museums asked its members to name their favorite museum store this year, Sideshow at the American Visionary Art Museum was named more than any other store in the country.

“By far the most-mentioned store was at Baltimore’s American Visionary Art Museum,” AAM’s Joseph O’Neill said in an announcement of the poll results, posted in the organization’s Alliance Blog.

These Two Museums Sold Art by White Men to Buy Work by Women and Artists of Color. Did It Actually Tip the Scales?
by Zachary Small
Published December 15 in Artnet News

Excerpt: It was a painful decision when the Pennsylvania Academy of the Fine Arts sold its Edward Hopper painting. Not everyone on the board of trustees agreed with the decision, even if there was a broad consensus that the institution—as old as the United States—needed an update. Those changes would not come in the form of new galleries or an expensive remodel, but the beginning of a new acquisition fund aimed at diversifying PAFA’s collection with more works by women and people of color.

“I am a collector who has never sold anything,” said Anne McCollum, the museum’s chairwoman; she was there in 2013 when the board voted to proceed with the $40 million sale. “In that instance, we had a great strategic plan.” It ended up being a unanimous vote.

There were similar plans at the Baltimore Museum of Art during the pandemic: sell expensive works by Andy Warhol and others to expand the institution’s budgets. Only in this case, museum director Christopher Bedford was accused of going too far, declaring that funds would go toward acquiring more women and nonwhite artists while also funding some staff salaries.

Excerpt: Spike Gjerde was born in Iowa farm-country, and though he was late arriving at his decision to cook for a living, he clearly brought that Midwestern sense of the land with him to the East Coast.

His restaurants in Baltimore benefit from his close relationships with farmers and fishermen in and around the Chesapeake Bay. He has degrees in philosophy and Chinese, but now runs a variety of food-related businesses in Baltimore, including his Woodberry Kitchen restaurant, which earned him the James Beard Foundation’s mid-Atlantic best chef award in 2015.

Excerpt: In Nanny—the feature debut of Baltimore-based filmmaker Nikyatu Jusu, a Senegalese woman—Aisha (Anna Diop) gets a job as a nanny for a privileged couple on the Upper East Side of Manhattan. The couple, named Amy and Adam (Michelle Monaghan and Morgan Spector), live in a luxe, minimalist apartment that seems somehow denuded of joy. They have a very strained marriage, they both harbor unspoken resentments, and they feed their preternaturally solemn six-year-old daughter, Rose (Rose Decker), a bland and regimented diet. They think Rose is a picky eater—instead, she craves the flavorful food eaten by her new nanny.

Aisha loves her new charge, but is suspicious of her parents, who treat their nanny with an almost condescending kindness without bothering to actually get to know her.

What they don’t know, in fact, is that Aisha is saving up money to bring her young son, who is living in Senegal with a relative, to New York. They don’t know that she’s navigating a new romance. They also don’t know she is haunted by nightmares, many involving water and Mami Wata, the African water spirit that can be a harbinger of things both good and evil.

Creating space: how Black yogis are increasing access to soul-healing practice
by Marcia Ra-Akbar
Published December 15 in The AFRO

Excerpt: There is no denying the growing popularity of yoga. With more than 300 million participants worldwide, its integration of mind, body, and soul has created its unique lane in the fitness sector. The benefits of yoga are long documented and widely known, and in an era focused on mental health and wellness, this boom isn’t going to slow down anytime soon.

In a 2016 study by the Yoga Journal and Yoga Alliance, 36 million Americans rolled out their yoga mats, up from 20.4 million participants in 2012. But as more yoga studios fill up nationwide, there is still a noticeable absence of participation in the BIPOC– or Black, Indigenous People of Color– community.

“Most of the students I teach in my classes are White,” said Michelle Stafford, owner of DivaYogi in Baltimore. “The first yoga class I went to, I was the only Black student there.”

Excerpt: Aaron interviewed some of most well known food bloggers in Baltimore. Simone @charmcitytable, Samantha @baltimorefoodscene and Chris @eatmorebmore (IG and tiktok handles) We talked about how they got into the food blogging game. Do they feel the pressure to take pictures of food at every restaurant they eat at with family and friends? We discussed the Baltimore Food Scene when they started and how it has changed. Sit back grab a coffee or drink and enjoy the last episode of the 2022 from NoPixAfterDarkPodcast. You will walk away hungry.

Excerpt: “I once heard Quincy Jones tell an interviewer when he had an idea, he got it down as fast he could,” architect Jerome Gray says, opening a palm-sized watercolor set across the street from The 501, a midcentury modern apartment building on the edge of Seton Hill. “If it was 3 a.m. and he needed the best bass player in LA, he’d bring him to the studio tired, drunk, hungover, whatever. Better if they were tired because they wouldn’t overthink anything. You’re just capturing the essence.”

With that, Gray counts The 501’s front-facing windows and dashes off the frame of the building in a few pencil strokes. He immediately begins adding color—the pale blue sky absorbed in the building’s white facade, the midday sun reflected in its glass, its rust-orange accents. He chats through the entire exercise, which lasts just minutes. Then he walks to the corner, takes in the new perspective, and does it again, this time without an outline, only watercolor.

Excerpt: A story of redemption lies at the heart of “A Christmas Carol,” the 1843 Charles Dickens novella that has been turned into plays, operas, films and ballets. They all tell the story of Ebenezer Scrooge, an old curmudgeon who changes his ways after visits from a ghost and the spirits of Christmas past, present and future.

It’s a story all too familiar at Charm City Ballet, the Baltimore County-based ballet company and school that plans to stage its version of the classic production during two performances only, on Saturday, Dec. 17. The founders relate to the message of giving back that the work celebrates, as they seek to offer a kinder experience than the demanding and sometimes demeaning one that they experienced as young dancers.

Excerpt: For almost six decades, John Waters—the filmmaker behind subversive touchstones like Pink Flamingos (1972), Polyester (1981), and Hairspray (1988); the author of nonfiction tomes like Shock Value and Role Models and the novel Liarmouth; a stand-up comic, spoken-word performer, and prolific photographer, sculptor, and mixed-media polymath—has been not just making art but also collecting it. Waters’s collection, which he has been amassing since he was in his teens and has installed throughout his residences in New York, San Francisco, and Baltimore, includes some of the most important visual artists of the postwar period—people like Andy Warhol, Cy Twombly, and Diane Arbus—alongside boundary pushers like Nan Goldin, Cindy Sherman, Mike Kelley, Richard Tuttle, and the Swiss duo of Peter Fischli and Eric Weiss.

The works in Waters’s collection reflect many of his own interests as an artist—in shock, humor, provocation, and pop culture. But like his movies, they have a beating heart beneath them all: an understanding of what it means to be an outsider or feel different, a yearning for an approval that will never come, and a glimpse of the strength that can be gathered from finding community by being gleefully out of step with the world.