The Art of Storytelling Preview Party at AVAM October 5 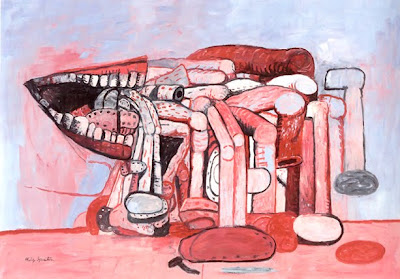 Maryland Art Place is pleased to present the final lecture of the 2012 Speakers Series. David Kaufmann, Professor of English at George Mason University, is most recently the author of Telling Stories: The Late Works of Philip Guston (U of California P, 2010).

About the Lecture: In 1962 Philip Guston was the first person to be given a one-man show at the Guggenheim Museum. At that time he was one of the most important Abstract Expressionists in America. By 1970, he turned his back on abstraction and the whole New York art world, spending the last ten years of his life blazing out enormous, sometimes ferocious, often bleakly witty figurative canvases. By the time of his death in 1980, critics called him the most important painter of that decade. David Kaufmann will describe the logic of Guston’s career, explaining why his reversals make sense, and why Guston remains a painter of crucial urgency.

All Speakers Series events are free and open to the public. Space is limited, to attend please RSVP to sofia@mdartplace.org. The Speakers Series is sponsored by The Robert Lehman Foundation.