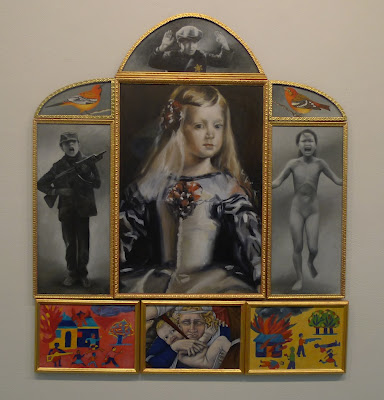 Interview and Photos from Other People’s Pi [...] 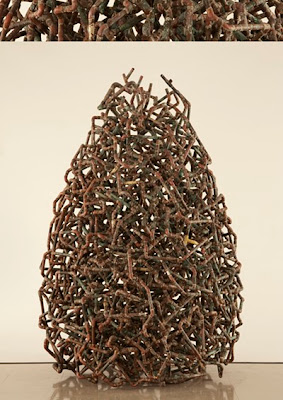 Brent Crothers recycles found materials into new forms, so that the history of the original object becomes part of the message of the transformation. by Cara Ober

Brent Crothers is the son of a plumber and was raised in Harford County. When he was 24, he bought 20 acres of undeveloped forest in Maryland and it was there that he began to experiment with making art. He went on to attend Maryland Institute College of Art, earning a BFA and an MFA from the Rinehart School of sculpture. Crothers is a sculptor whose works have been shown in a number of museums, galleries, and countries. He tends to recycle common materials into new forms, where the history of each object is just as important as its transformation. In a recent series, Water Wars, Crothers returns to his roots and explores a number of industrial materials used for plumbing, including pipes and hoses, to raise awareness for an impending global shortage of fresh water.

In “Synergy,” Crothers repurposes used copper pipe into a primal form: the egg, a symbol of rebirth. As the artist recounts, he intended to recycle the copper, but found its historical use too significant to part with. In this piece, Crothers takes each individual pipe, which holds a memory, and melds it with others into a new message. “Here in America some of us use water like it will always magically be there,” says Crothers. “Many people just don’t think about it. Fresh water in the world is dwindling at a rapid pace. If, one hundred years ago, we had started being more conscientious about how and what we did with our fresh water, we might not be in this situation.”